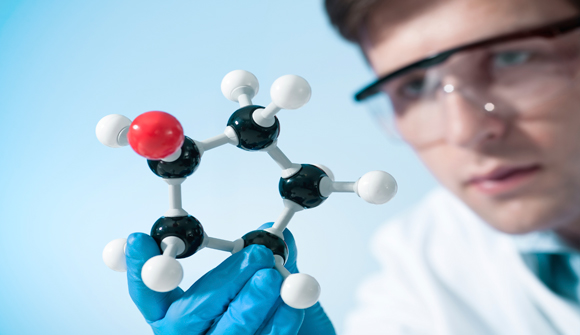 STAFF NEWS & ANALYSIS
Scientists Claim Man Is Polluting So Much That a New Epoch Must Be Invented: The Anthropocene
By Daily Bell Staff - August 30, 2016

Anthropocene: Planet Earth has entered new man-made epoch, experts say … dubbed the Anthropocene because of the extent of humanity’s impact on the planet.  An international working group set up to consider the question voted by 34 to zero, with one abstention, that the Anthropocene was real in a geological sense.  –UK Independent

Good Lord, the earth is about to have a new geological time frame foisted on it. Thanks to our longtime feedback contributor alaska3636 for alerting us to this latest, comprehensive insanity. In a recent thread, he wrote the following:

Did you see this great, big portmanteau meme … The Anthropocene Epoch … How many memes does it attempt to fit?

“Humanity’s impact on the Earth is now so profound that a new geological epoch – the Anthropocene – needs to be declared, according to an official expert group who presented the recommendation to the International Geological Congress in Cape Town on Monday.  The new epoch should begin about 1950, the experts said, and was likely to be defined by the radioactive elements dispersed across the planet by nuclear bomb tests, although an array of other signals, including plastic pollution, soot from power stations, concrete, and even the bones left by the global proliferation of the domestic chicken were now under consideration.”

Of course, there is also global warming.  But, wait! A weird meta-explanation of meme-distribution?  “The 35 scientists on the WGA – who voted 30 to three in favor of formally designating the Anthropocene, with two abstentions – will now spend the next two to three years determining which signals are the strongest and sharpest.”

Once the data has been assembled, it will be formally submitted to the stratigraphic authorities and the Anthropocene could be officially adopted within a few years.”  The Guardian: Making the world safe for technocratic globalism.

Alaska’s excerpts are from the Guardian (here). In fact, this is a major meme that has just exploded in the UK media (and soon the US?). Each UK daily had their own take and tone. The Guardian reported on this planned, new epoch more poetically than the Independent, as follows:

On Christmas Eve 1968, the Apollo 8 astronaut William Anders took a photograph of the view outside the window as his spaceship orbited the moon. The now iconic Earthrise image shows our half-moon blue planet under a decoration of clouds rising from the blackness of space over the lunar surface.  The picture encapsulated Earth’s precariousness in the cosmos and, for many, contained a message of humility and stewardship for our home.

Now geologists have decided … changes have been so profound, so global and so permanent that our catalogue of the Earth’s history needs to change accordingly. Since the last ice age, around 11,000 years ago, human civilisation has flourished in the climatically benign Holocene. Now they believe that epoch has come to an end and we have entered a new human-influenced age, the Anthropocene.

As you can see from the introductory excerpt, the Independent article (here) gets to the point more quickly. But both articles treat the “new epoch” as immensely significant event.

The UK Daily Mail (here) is perhaps the most clinical, seeking to define the “new” epoch as follows:

WHAT IS THE ANTHROPOCENE?  This is from from anthropo, for ‘man,’ and cene, for ‘new’. Experts remain divided on when mankind caused a lasting impact on the Earth’s geology but seem to have settled on a time near 1950. The atomic bomb is a popular marker.

Alaska is absolutely correct about this being a portmanteau meme. We borrowed the term portmanteau from Lewis Carroll who used it to describe the intermingling of two or more words: Fog and smoke to make smog, for instance.

An elite portmanteau meme – as we use it – is one that intermingles two or more forms of propaganda in a single presentation. The elite over-population meme could be considered a portmanteau meme because its examination inevitably embraces various kinds of scarcity memes including an impending lack of food, water, etc.

Several basic characteristics identify elite memes. They usually deal with basic survival issues of some sort and postulate that human existence is threatened by enormous difficulties . The inevitable conclusion is always the same: Government – the bigger, the better – must step in to alleviate the impending disaster.

This  “Anthropocene” meme is even more obnoxious than usual. For instance, it is presented within a scientific context that is intended to provide credibility to a broad spectrum of propaganda. Pollution, environmental degradation, global warming, etc.,these are all elements intended to receive an endorsement from this larger meme.

The warming temperature, higher sea levels, ash from fossil fuels, plastic waste, a dramatic increase in erosion, the spread of animal species around the world and radioactive particles left around the world from nuclear bomb tests would all contribute to permanent changes in the Earth’s rocks, the scientists said.

Do you notice the inclusion of “nuclear bomb tests?” We’ve been running a series of articles (here) showing how the Pentagon and related facilities have surely faked various nuclear blasts and generally utilized phony stories about “nuclear weapons” as a way to keep people terrified for three-quarters of a century.

It should be obvious to anyone who takes a serious look at the evidence that the Pentagon and other countries released films of nuclear bomb tests that either never happened or took  place in ways that were not nearly as dramatic as the films purporting to document them (here).

Yes, nuclear weapons may exist in some form or other, but they are surely a classic example of fear-based propaganda. And as with so many other such elite memes, only government has the authority and power to save us. As we’ve pointed out previously, your average sociopathic political grifter can be arranging a sordid embezzlement in the morning and addressing an attentive group of fellow politicos in the afternoon on ways that he intends to save humanity from total destruction with the latest “nuclear treaty.”

Anyway, this is one humdinger of a meme. It’s the proverbial gift that keeps on giving. The only major memes that likely cannot be crammed into this nonsensical bouquet are the economic ones such as central banking. But when it comes to scarcity memes, this “new epoch” nonsense is fairly all encompassing … and thus more obnoxious than usual.

The reality in our view is that man has “done” nothing to earth of any consequence. Take a drive through Russia, Canada, Alaska, Australia, Brazil or even the Western US. You can go days, perhaps, without seeing a single person. Overpopulation is nonsense. You could reportedly fit the world’s entire population in New Zealand (here).

And of course we heard for years about “peak oil” and the looming catastrophe of energy scarcity. These days we’re virtually drowning in oil. Meanwhile, they’re shutting down wind farms and solar plants because they are too expensive to operate and the energy is too intermittent (here).

Predictably, this meme uses “experts” to apply “science.” But, increasingly, we discover in this Internet era that “science” is whatever elites deem it to be. And the “experts” that deliver such science,  often with expensive and impressive-sounding degrees, are actually flim-flam artists of a sort. If someone tells you he’s an expert, our advice would be to run the other way. (See here and here.)

Here’s some additional information from the Daily Mail on the meme’s formal evolution:

“Our working model is that the optimal boundary is the mid-20th century,” said Jan Zalasiewicz, a geologist at the University of Leicester.  “If adopted – and we’re a long way from that – the Holocene would finish and the Anthropocene would formally be held to have begun.”

… If the Anthropocene is voted into existence, scientists will have to pick a ‘golden spike’ to mark the transition. The spike nails down a date, but also pinpoints a primary ‘signal’ at a specific location. The working group was divided on what that essential signal might be, but traces of nuclear bomb explosions emerged as a favourite.

Conclusion: Of course it has! This epochal lie is therefore to be anchored by another lie: the pervasive and oft-tested savagery of Weapons of Mass Destruction. Yes, there may such weapons, but the Pentagon controlled narrative is as full of untruths as this upcoming multi-meme production will be. We’re sick of it and it hasn’t even really begun.