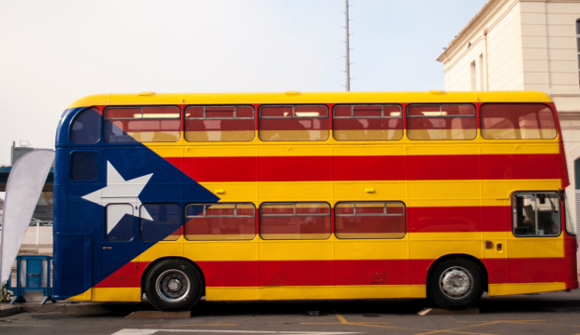 Catalonia rejects pro-secession leader for 2nd time … Regional Catalan lawmakers are debating whether to re-elect acting regional President Artur Mas, leader of a secessionist alliance promising to break away from Spain and form a new Mediterranean nation by mid-2017. Spain's Constitutional Court on Wednesday ordered the secession resolution temporarily suspended and warned Mas and his allies they could face criminal charges if they defy the ruling. – Washington Post

Dominant Social Theme: It's silly to split up large nation-states. Bigger must be better … right?

Free-Market Analysis: Serious secession movements are being pursued around the world – an expanding trend of what we call the Internet Reformation. It has other ramifications, as well, because secessionist unrest can provoke central government reactions, causing monetary and fiscal disturbances.

Yet secession with all its disruption may become an increasingly recognizable trend in the 21st century. An expansion of historical information galvanized by electronic communication and the commitment to more localized control – with the benefits that entails – drives these movements despite the predictable media and political scoffing.

One of the movements attracting the most attention is the Catalan secession alliance that intends to break away from Spain sometime in 2017 (see excerpt above). The movement has been set back by political pressure from Madrid and a recent unfavorable court decision, but the movement's momentum has been building.

Most recently, the leader of the Catalan secessionist movement Artur Mas had his candidacy for re-election as president down-voted in the Catalan parliament 73-62. Mas's Together for Yes alliance rallied behind him but Mas could not make alliances with other parties to win the vote. However, the parliament has until January 10 to elect a leader and form a government, and Catalan secession remains a vibrant and powerful movement with deep historical roots.

In fact, though he could face criminal charges from the Spanish government, Mas intends to continue his separatist quest, claiming a parliamentary mandate to do so. A Catalan constitution is in the works, and a regional currency is being contemplated along with local tax collection authority.

This is a signature of a number of these secession movements: They are not easily subdued. This is because they are the result of longstanding cultural and historical differences that have been re-energized. In Canada there is Quebec; in Britain there is Scotland (where another independence referendum is being contemplated); in the US there are a variety of states including most prominently Texas.

In fact, we learn from an article posted at the website of Texas radio WOAI that "The Texas Republican Party will be asked by a member of its Executive Committee next month to place a 'non binding resolution' on the ballot for the March primary calling for Texas to secede from the United States."

"I do believe this is the closest we have been to a vote in two decades on this particular issue," Daniel Miller, who heads the Texas Nationalist Movement, told News Radio 1200 WOAI …

Miller says support for secession is surprisingly widespread … "People of Texas have consistently polled over the last decade in favor of this issue," he said … The Executive Committee will have to decide whether to place the resolution on the March primary ballot …

A famous Texas political figure in favor of secession is libertarian/conservative congressman Ron Paul. In February of this year, Buzzfeed posted an article about an address he'd given at the free-market oriented Mises Institute in January.

Former Republican presidential candidate and congressman Ron Paul says secession is happening and it's "good news." Paul later predicted the states would stop listening to federal laws. Paul said secession would not be legislated by Congress, but would be de facto, predicting "when conditions break down…there's gonna be an alternative."

"And it's not gonna be because there will be enough people in the U.S. Congress to legislate it. It won't happen. It will be de facto. You know, you'll have a gold standard when the paper standard fails, and we're getting awfully close to that. Later, Paul said the Federal Reserve would end and the states would stop listening to federal laws they didn't agree with.

Of course, we know what happened the last time states "stopped listening to federal laws." And we can see the resistance to secession taking place in Spain right now. There are forces at work in the West especially that are fighting hard for a more centralized globe, and within this context, secession movements are doubtless seen as a significantly negative occurrence.

From an investment and lifestyle perspective, however, the drift toward secessionism is surely a net positive in that individual movements, if successful, would enhance local control and individual participation.

Unfortunately, these movements will surely also be responsible for near-term turmoil, and people would do well to have a plan to overcome any disruption they might cause.

These movements are to be taken seriously along with the socio-political and economic disturbances that may accompany them. Here at The Daily Bell we emphasize individual human action and self-reliance in order to combat widespread disruption that may occur. Ownership of precious metals, access to farmland, clean food and potable water, even second residences abroad are all part of a strategy to protect oneself, one's wealth and one's family. For more information on these issues and more published in The Daily Bell Newswire, please consider signing up below.