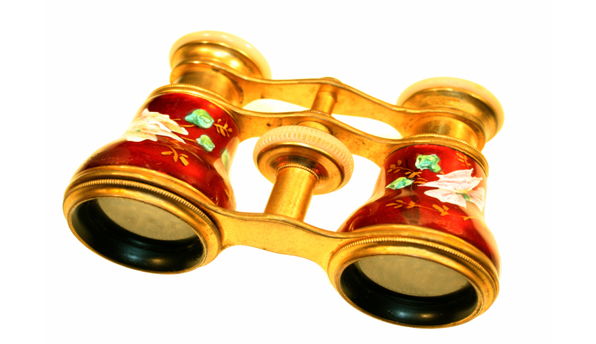 Chickens come home to roost for Obama … Today's quiz: What do Vladimir Putin's aggression and ObamaCare's troubles have in common? OK, that was too easy. It is impossible to dismiss as mere coincidence the Russian Bear's invasion of Ukraine and the continuing mayhem of the Affordable Care Act. In their own ways, each reflects the full flowering of the policies of Barack Obama. His chickens are coming home to roost, and what a mess they are making. – New York Post

Free-Market Analysis: Seldom do we see an article that incorporates so many dominant and sub-dominant social themes so seamlessly. Obama is attacked in this article for a variety of reasons and is portrayed as a weak president whose behavior is making the world a more dangerous place.

He is painted as an ideologue who wants to create socialism at home and peace via palliation abroad. His inability to "move" Europe and Russia in the directions he seeks is further evidence of his lack of gravitas and his dangerous disengagement from the world as it really is.

The article compares Obama's handling of his country to Putin's regime in Russia and makes the case that Putin is a far better leader and a more competent administrator. "America's standing and influence have declined," and this is a direct result of Obama's worldview and subsequent flawed decision making.

Obama's sixth year in the White House is shaping up as his worst, and that's saying something. He's been in the Oval Office so long that it is obscene to blame his problems on George W. Bush, the weather or racism. Obama owns the world he made, or more accurately, the world he tried to remake.

… Ideologues love to dream, and some do it eloquently. Robert Kennedy famously said: "There are those who look at things the way they are, and ask why . . . I dream of things that never were, and ask why not?" Mario Cuomo, no slouch at dreaming, nonetheless offered a caveat, saying, "You campaign in poetry, you govern in prose."

Obama hasn't figured out the difference. Even more alarming, he shows no signs of trying to learn. In the ways of the world, he remains a know-it-all rookie. The view from his faculty lounge has no space for reality. Anything that doesn't fit the grand plan is dismissed as illegitimate.

So while global hot spots multiply and the world grows dangerously unstable, the president still plans to slash the military. His trip abroad last week further secured his reputation for historic ineptitude. It wasn't that the trip was a disaster — it never rose to that level. His presence and his promises simply made no difference.

He failed to move the European Union toward a firmer stance on Russia, created bizarre headlines by differing with the Vatican over what he and the pope discussed, and got not-so-veiled threats from the Saudis about Syria and Iran. He could have stayed home and not done worse.

… ObamaCare is the domestic expression of the president's ineptitude. The law that was supposed to fix health care has become a problem for millions, and now enjoys mere 26 percent approval, a poll finds. It is proving so unworkable that the White House has given up defending it as written and instead simply changes key provisions when they prove impossible to implement or politically inconvenient.

… A Caesar at home and a Chamberlain abroad, Obama manages to simultaneously provoke fury and ridicule. He bullies critics here while shrinking from adversaries there. He divides the country and unites the world against us, ­diminishing the nation in both ways. His reign of error can't end soon enough, nor can it end well.

Damning, eh? Yet one could equally argue exactly the opposite points.

It is not Russia, apparently, that destabilized Ukraine but the US and Britain. There is plenty of evidence of this beginning with Victoria Nuland's assertion that the US funded "democracy" – and thus contributed to the Ukraine's destabilization over decades – with some US$5 billion.

To maintain as this article does that those who engineered the Ukraine's regime change did not foresee that Putin would seek immediately to annex Crimea is ludicrous. Obama is castigated as "weak" but Putin's behavior was surely part of a larger, predictable strategy that the West expected and the Pentagon, in particular, expected. Putin certainly played his part.

There is plenty of evidence as well that the US State Department helped to lay the groundwork for "color revolutions" in such disparate places as Tunisia, Egypt, Libya, Mali and Syria.

Iraq and Afghanistan were outright wars in which the US and Britain – along with NATO – made significant military commitments. It remains to be seen if Iran will suffer a similar fate. Chaos is ever the friend of globalism, after all, and there are significant globalist forces at work in the West.

And then there is Obamacare. The incompetence is extraordinary and the implementation is breathtakingly inept. But are we to conclude from this that the Obama administration has simply failed to do things properly? Or perhaps there are other reasons why the rollout has been plagued with a variety of failures.

Those behind Obamacare surely see the current system as merely a stopgap measure on the way to a single payer system – a national healthcare program that backers would have tried to implement if they could. Seen from this perspective, the incredibly flawed rollout of the new system actually creates the conditions for further reform.

It would seem that Obama's reputation is being sacrificed to achieve certain results. His apparent incompetence at home sets the stage for further health care reforms and an additional consolidation of medical services.

Abroad, Obama's perceived "weakness" lays the groundwork for further provocations by Russia and perhaps China as well. In an era where people are better informed about larger globalist manipulations, the ability to re-engineer certain Cold War tensions is surely useful.

It is "directed history" that is at work here. The catastrophe of Obamacare will lead to further nationalizations of health care. The apparent weakness of the US response to Russian provocations will lead to an even more energetic security state in the US along with a resurgent military-industrial complex.

The article castigates Obama as authoritarian at home and submissive abroad. But perhaps Obama is merely playing the role that is demanded of him.

As we peer behind the curtain, we can actually see these manipulations being played out. They remind us that in the 21st century, as in previous centuries, nothing is as it seems and both government and economic policies are subject to secret forces that operate with agendas that are never fully explained.

We are fortunate, however, in this Internet Era that we can actually see these promotions being initiated and pursued. This knowledge gives us important insights into how the world is organized and what might be coming next. And these insights can be used to anticipate a variety of sociopolitical, economic and investment trends.

Here at The Daily Bell, we try to point them out on a regular basis. We try to analyze the reality "behind the memes," along with other elements of the alternative media.