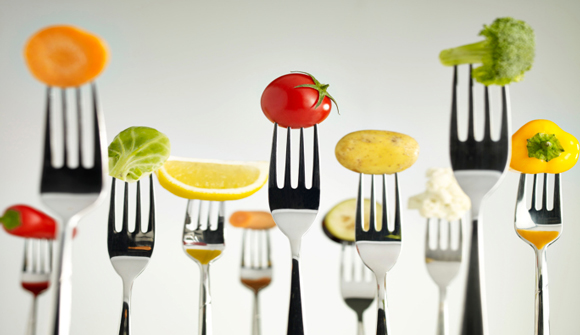 STAFF NEWS & ANALYSIS
Selling Food From Home Should Be Legal But It’s Not
By Daily Bell Staff - February 17, 2017

Make It Legal to Sell Home-Cooked Food … As food delivery becomes ever more popular in the U.S., some innovators have been looking to do for meals what Uber and Lyft have done for rides. Good cooks or even professional chefs working at home can produce tasty food for people nearby, income for themselves, and tax revenue for cities and states. Or they could if it were legal to sell home-cooked food. In most states, it’s not. – Bloomberg

Have you ever been sickened by home-cooking? We’ve had problems sometimes with food bought elsewhere but never with food that is prepared at home. Never that we can remember anyways.

We’d venture to say that food prepared at home is probably as safe or safer than any other food.

But that’s not what regulators think. For them, food cooked at home is subject to myriad difficulties and dangers.

Regulators have all but banned food cooked at home from being sold commercially.

In some states, it’s simply illegal to sell most food that’s been prepared at home, no matter what technology is in the kitchen.

… Even if the risk from home-cooked food were as high as or higher than that from restaurant-cooked food, the danger would have to be extraordinarily great to justify a ban.

Some home-cooking startups have tried to get around the present ban by using shared cooking spaces that meet restaurant-grade safety standards. But food prepared in such kitchens may run afoul of other legal requirements.

The article gives examples of the many kind of requirements that confine food to the home. It goes over licenses an ice-cream maker might need. You have to get a license from the Department of Public Health to sell to consumers.

But if you want to sell directly to restaurants, you have to get a license from the Department of Agriculture & Markets’ Division of Milk Control and Dairy Services.

But this license doesn’t actually exist. You can sell to consumers directly but not indirectly to a restaurant. That’s just one example.

Old laws, the article says, were established for hub-and-spoke distribution. But now we want a more flexible market.

We tends to think this is not true entirely. We believe it is the Internet itself that is giving rise to discontent about what can be sold and from where.

It’s one reason top elites are so set on reconfiguring the Internet so that it avoids controversial topics.

We’ve been right about the Internet. The ‘Net began by suggesting certain changes and is now suggesting changes to almost everything.

Additionally, despite suggestions that parts of the Internet are run by the alt.right, many important and influential sites are still libertarian oriented. This is driving top elites nuts.

Their idea is to virtually ban all but properly approved concepts, but even if this ban goes into effect, it won’t last. Inventions like the Internet are not static and tend to be used, one way or another until their innovations have been exhausted. That could take a long time.

The article also states that, “To determine what safety requirements are most appropriate for home kitchens, states need to build on our existing knowledge about food safety — including data gathered by the Food and Drug Administration, the U.S. Department of Agriculture, and the Centers for Disease Control — to put together a clear picture of the risks involved.”

No it doesn’t. The market simply needs to do away with this “knowledge about food safety.” Leave it up to individuals. That’s what is going on anyway. You’re simply punished after-the-fact for any kind of food poisoning.

And chances are there won’t be any. Do you get food poisoning from food you cook at home? If you are trying to build a business you are going to be pretty careful about what you give customers to eat.

Conclusion: It is the market itself that disciplines you and makes sure you provide what is timely and necessary. If you do not do not deal with food in this manner, you go out of business. Regulations have little or nothing to do with it.