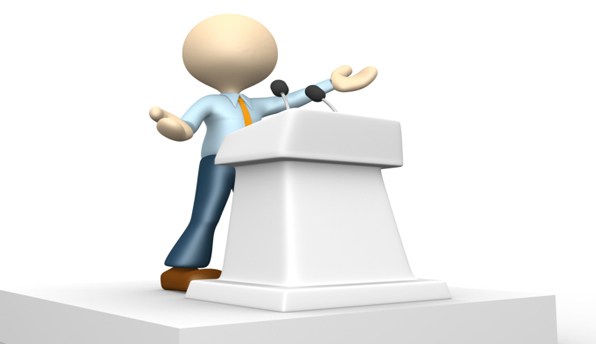 STAFF NEWS & ANALYSIS
Sen. Sessions Explains Some of Obama's Immigration Policies – But Not All
By Staff News & Analysis - April 11, 2014

Sen. Sessions: 'Deliberate Plan by President' to Collapse U.S. Law Enforcement System … Sen. Jeff Sessions (R-Ala.) said today that Americans need to stand up to "a deliberate plan by the president of the United States" to collapse the nation's law enforcement system regarding illegal immigration. – CNS

Dominant Social Theme: The US system is either perfect or perfectible. Its manifest destiny is easily understood.

Free-Market Analysis: In numerous articles of late, we've explained the operative strategies of the Obama administration.

When it comes to Obamacare, the administration may be seen as rolling out a chaotic program in order to build support eventually for a single payer system. The worse the system operates, the more pressure there will be for change. The change will likely evolve forward – toward "single payer" – rather than backward.

Eventually, in our view, this approach to immigration could lay the groundwork for a North American Union between Canada, the US and Mexico.

While many have a hard time believing this could possibly take place, expanded immigration flows between Mexico and the US will surely make some sort of formal Mexican-US sociopolitical and economic alliance a good deal more feasible.

Senator Sessions doesn't bring up the larger ramifications of Obama's "deliberate plan" but he comes close to delineating how it works. His statement is startling given his position and the frankness of the accusation.

In a Senate speech, Sessions said: "Our law enforcement system is in a state of collapse, and it's a deliberate plan by the president of the United States, and it's wrong. And, people need to be aware of it and need to stand up to it and I believe the American people are beginning to do so."

Sen. Sessions rebuked U.S. Attorney General Eric Holder and Vice President Joe Biden for their pro-amnesty efforts: "So, you come into the country illegally and the attorney general of the United States declares that these individuals have a civil right to amnesty. How can this possibly be: the chief law enforcement officer in America?

"Eleven million undocumented aliens are already Americans? Goodness. The vice president of the United States would make such a statement. It's stunning beyond belief."

Despite his bluntness, Sessions is yet being disingenuous because President George W. Bush was wedded to immigration policies not much different than Obama's. In his last term in office, Bush spent considerable political capital trying to turn current Mexican illegals into legal "guest workers."

Under Obama, such gambits as "Fast and Furious" have been tried. The Fast and Furious operation is a fairly good example of what Session is talking about regarding the rule of law. The ATF apparently deliberately introduced a significant additional flow of weapons into Mexico – and the result was expanded drug and immigration violence.

Generally, as Sessions says, the current administration is following a policy designed to create more chaos and confusion around border areas – and thus put pressure on the political system to resolve problems via more permissive legislation that will recognize a de facto "union" on the ground.

There's certainly nothing wrong with people immigrating and emigrating from various places for purposes of a better life or simply to find work. But there is something profoundly wrong with a country where policies encourage certain goals and objectives via extensive subterfuge.

The US government – Western governments in general – are increasingly operating in this way, without transparency and with objectives that are significantly different than those stated to electorates. The EU, for instance, was supposed to be a trading facility; now its backers stand revealed as desiring a fully functional "United States of Europe."

As this secretive approach to governance continues and expands, civil society itself becomes increasingly distrustful and even paranoid. In the Era of the Internet, such policies increasingly lack effectiveness and end up being deliberately destructive.

This is one reason for the rise of the alternative media – as people turn away from official sources of information that are misleading and even promotional.

It is also a reason why alternative industrial and economic approaches are being tried out. The current explosion of interest in cannabis, and also in organic farming and, of course, in precious metals, are all symptomatic of the distrust of the electorate and its willingness to consider products and services that were not previously seen as mainstream.

High Alert is taking advantage of this growing dissatisfaction on numerous fronts with its own suite of solutions. Stay tuned, for instance, for more information on organic farming and marijuana initiatives.

For years, we've been predicting that the 'Net's ability to deliver relevant information would upend the current order, or at least make it more difficult to sustain. That Sessions would make such incendiary statements is further evidence that the "center cannot hold."

What comes next is not perhaps clear, but it will doubtless be different than what we have now.