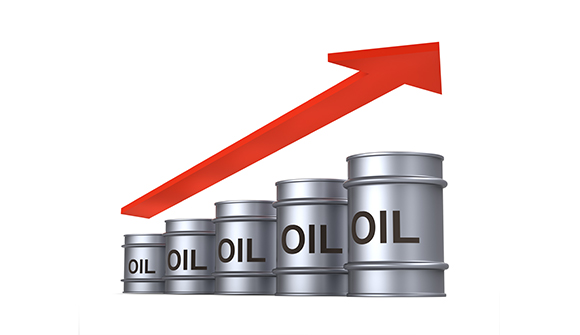 Shale gas in northern England could meet Britain's gas needs for 40 years Northern England could provide enough shale gas to meet the UK's needs for more than four decades, an official report has revealed … The government said a British Geological Survey report estimates that there could be 1,300 trillion cubic feet (tcf) of gas trapped in the rocks under Lancashire, Yorkshire and surrounding counties – far more than previously thought. No-one yet knows how much – if any – can be recovered by fracking, the controversial process of blasting water, sand and chemicals into the ground to release the gas. The report said the figure would help the industry and regulators plan future drilling, so it can "determine how much of the gas would be able to be commercially drilled". – Telegraph UK

Free-Market Analysis: We've written about the sudden miracle of shale oil and pointed out that if you research the process, you find out it's been available for decades.

Peak Oil, as we've long pointed out, was simply a hoax, developed by the technocractic movement to justify the installation of "wise kings" that Plato favored. In fact, technocrats were recently installed in Greece and Italy, but they didn't stick because no single human being is wiser than the market itself. Governments always fail; markets always succeed.

And so it is when it comes to energy. We've argued for years that if there came a time when energy supplied looked thin for one reason or another the market itself would provide. Human action is a powerful force.

Now there is shale oil, and according to this article, shale gas, as well. This was entirely predictable, and conforms to our thesis that most scarcities are manipulated ones, developed for purposes of profit and control.

Just look at the projections for shale gas in Britain:

If only 10pc could be extracted, it could potentially meet Britain's annual gas demand, of 3 tcf, for more than 40 years. Danny Alexander, chief secretary to the Treasury, said the BGS figure "confirms the huge potential that shale gas has for the UK".

Announcing it alongside a raft of other energy announcements, he said ministers were "ready to unleash the energy revolution our country needs". If 130 tcf could be extracted it would mean Britain could get more gas from fracking than has been extracted from the entire UK North Sea to date.

Britain produced 85.6 tcf of gas between 1970 and 2012, according to BP statistics. The long-awaited BGS report suggested Britain is sitting on far more shale gas than had been estimated previously. Energy Minister Michael Fallon said shale gas represented "an exciting new potential energy resource for the UK, and could play an important part in our energy mix".

"The next step for industry is to establish how much gas is technically and commercially recoverable," he added. Fracking has been a controversial issue as it is linked to a variety of environmental concerns including the contamination of groundwater supplies, air pollution and seismic activity.

Mr Fallon said fracking must be done in "partnership with local people". In the government's infrastructure investment plans unveiled today, it pledged to give £100,000 for communities situated near each exploratory (hydraulically fracked) well, and 1% of revenues from every production site. Shale gas in northern England could meet Britain's gas needs for 40 years

Shale gas has tranformed the energy landscape in America, heralding a new era of cheap gas that has transformed its manufacturing sector and is turning the country from an importer to an exporter. Ministers hope shale gas can have a similar effect in Britain as North Sea reserves dwindle.

We can see the potential in this article, as in others, for a massive explosion of oil and gas reserves. The question is why. As we always try to probe beneath the surface, we have already offered an opinion and will restate it here.

The 20th century architecture of energy scarcity was designed to create a bottleneck in the Middle East. Saudi Arabia agreed to exchange oil exclusively for dollars and as the marginal producer influenced the rest of the oil industry, as well.

This was how the dollar became the reserve currency absent gold backing. All countries had to hold dollars in the 20th century in order to buy oil and the US could print as many as it wished, allowing its politicians and generals to build the greatest army ever seen. This further allowed the US to enforce its will around the world. The 20th century was truly a time of Pax Americana.

But in the 21st century, the globalist impulse seems different. The idea now is to expand currencies beyond the dollar, to a bancor or IMF SDR system backed by a basket of currencies.

We have already pointed out that over the past decade the BRICS and their economies and currencies have done very well. Europe and the US have suffered.

The world has "evened out" and so have currencies. If oil and gas are available throughout the world, this will create a situation in which Saudi Arabia can no longer enforce a dollar reserve system.

It sounds counterintuitive, but we believe this is what is taking place. Those powerful forces behind King Dollar now wish to make a transition to a global basket of currencies that they will also control. How long this transition will take and even whether or not it will be successful is not clear.

As with all global trends of this nature, one will need to examine it closely and come to personal conclusions about its failure or success. But one thing is certain: The sudden availability of oil and gas around the world has powerful impacts on the future of economies and currencies that are not currently being discussed.

Keep this issue at top of mind and follow it closely. It is an incredibly important one.