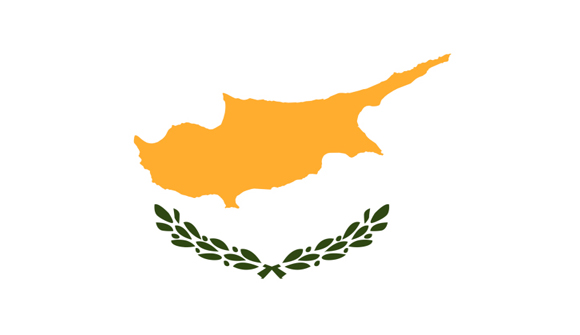 German Chancellor Merkel Examines the Model of Cyprus As a Solution for Greece … The model of Cyprus might be the best solution for Greece in order to force the government's implementation of the structural reforms it has already agreed to with the country's creditors. This is what the German magazine Der Spiegel estimates, citing information from the Chancellery. – Greek Reporter

Dominant Social Theme: Banks need to be bailed out? Take the funds from their depositors. Simple enough …

Free-Market Analysis: Now the Cyprus episode begins to become clearer. What the EU needed was a precedent, and apparently Cyprus sufficed.

We've written about Cyprus before, some two years ago when the Cyprus default was ongoing. In an article entitled, "Yes, Cyprus Was Aimed at Sinking Tax Havens," we suggested the following:

In hindsight, the Cyprus incident will be seen as yet another attempt to consolidate power on behalf of Brussels and the European experiment. It was also, tangentially, a rescue of Cyprus's financial system on the backs of large bank clients …

We've also argued that these manipulations are ill advised and that those involved with them are underestimating their control over the increasingly fractious tribes of Europe and of the larger financial economy.

The arrogance that is being revealed now is no doubt deliberate and apparently intended to inject further chaos into an already chaotic situation. The result of such chaos is inevitably to be the further weakening of Western financial institutions in order to pave the way for increasingly centralized and globalized currencies.

This perspective seems to be increasingly valid if Merkel and the Germans are really contemplating doing to Greece what the EU did to Cypress.

We can't imagine the social explosion that might take place if Germany began reducing the equity of accounts in Greek institutions for the purpose of reimbursing European facilities, including German banks.

Yet on this account we've been incorrect before. Eurocrats it seems will try almost anything to ensure a broader and deeper revenue stream. The social and human cost doesn't seem to matter despite avowals otherwise.

Greece has been virtually crucified on the cross of austerity. In Spain some 50 percent of young adults could not find work at the height of the financial crisis, and the situation is not said to be much better now.

Portugal, Italy, France … all these countries and others have suffered from the extensive and ongoing economic slump in Europe – one that has soured the economies of the UK and the US as well.

But this doesn't seem to stop the money grab. Now Germany is to go down the same route:

German Chancellor Angel Merkel is now convinced that a 'Graccident' (a Greek exit from the Eurozone by accident), is no longer a risk … The Cypriot government was forced to accept the creditor's proposed program and this is what Merkel and her advisers see as a guide for Greece too. According to the article, Greece might need a "warning shot" in order to implement the program.

The mechanism itself is fairly clever. The Greek population is in almost open revolt against EU demands. They voted for a party that vowed to resist further EU incursions on the aggregate Greek pocketbook. But that doesn't seem to be working out so well. Not so far, anyway.

The EU, in fact, has a good deal more influence over Greek institutions, including government, than the larger Greek populace. Greek banks have deep ties to other European institutions. And even this new Greek government is seemingly more civil to its EU negotiating partners than might have been expected given its initial rhetoric.

We've covered this in the past: It's our suspicion that the Greek government might not stand in the way of a Cyprus-style attack on Greek shareholder savings – and that the Greek banks would likely go along with one.

This is the way raw political power works in the West in the 21st century. The people's will, often mentioned and lauded, tends to be ignored when it comes to fiscal realities deemed important by the powers-that-be.

The uproar would be tremendous. But so long as the money grab was seen to emanate from Brussels rather than Germany, the chances are that Greek institutions would consider going along with it. Would they have a choice?

And what would happen next? The convulsion would probably ruin the prospects of the current administration and might well wrench Greece out of the euro and the EU entirely.

This is apparently the calculation being considered now: Whether a Grexit would further undermine EU and euro solidarity and have ramifications that would extend to Spain and other Southern European countries.

If Merkel and Brussels do decide to move ahead with a "Cyprus solution," the European Union will undergo its most profound crisis yet. The ramifications are startling … and profound.