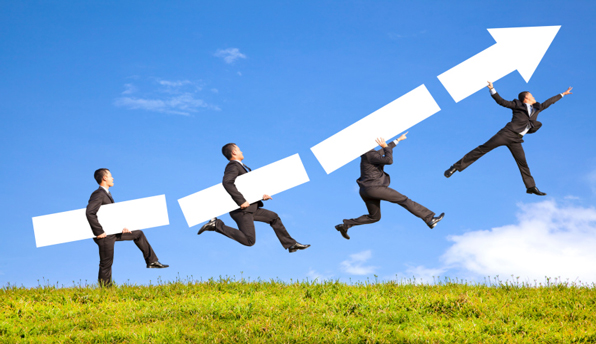 STAFF NEWS & ANALYSIS
Shock: Markets to the Moon … As Yellen Prepares for the Biggest Stock Crash Ever
By Staff News & Analysis - July 04, 2014

… America's top banker says we can't prevent economic bubbles, only contain the damage Fed chair Janet Yellen won't be shutting down the party … There is a debate raging over whether or not the tech industry is entering another bubble. The massive valuations being earned by startups with little to no business model and the hordes of eager investors willing to back apps like Yo have led many to sound the alarm. There are signs that the credit market may be returning to its overheated ways, with subprime lending now higher than its 2008 peak. – The Verge

Free-Market Analysis: Central banks cannot do anything to avoid asset bubbles and subsequent crashes, according to the head of the world's most powerful central bank, Janet Yellen.

We had to read this article twice to make sure we were "getting it." Yellen has decided that screwing up interest rates won't slow the economy much. She "questions whether this tactic … actually work[s] at all." (See below.)

In retrospect, however, we really shouldn't be surprised. Long ago – as regular readers know – we announced that Yellen and her crowd were preparing a "Wall Street Party." We've predicted that it's going to drive stocks far higher and that it's being done on purpose to create a horrible crash.

The reason to create a crash is likely to build a new economic system – a more global one – from the wreckage of the old. It never occurred to us, however, that Fed leaders would actively renounce interest rate hikes.

It's just one more reason (among dozens) that a few people ought NOT to be in charge of monetary policy. What Yellen has announced is that she intends, basically, to play Russian roulette with the larger US – and the West's – economy. It can only end badly.

The stock market is also roaring: in fact, the Dow Jones Industrial Average hit an all-time high of 17,000 today. But in a speech yesterday, Janet Yellen, chair of the US Federal Reserve, said that she won't be raising interest rates anytime soon in an effort to put the brakes on the surging economy.

In fact, Yellen questioned whether this tactic, long held to be the central banks' primary method for constraining an overeager market, actually worked at all." Monetary policy faces significant limitations as a tool to promote financial stability," Yellen told an audience at an event put on by the International Monetary Fund.

… "Rather than try and contain the irrational exuberance that has led our economy on a boom and bust cycle over the last century, Yellen said the best approach was to ensure that whoever created these bubbles was healthy enough to clean up the mess when things went wrong.

The Fed can do this by ensuring that banks hold more capital in reserve when buying stock on margin, for example, or by making sure they aren't over leveraged when creating exotic financial instruments like collateralized loan obligations.

There has been a lot of Monday-morning quarterbacking in the wake of the 2008 economic collapse, and the former chair of the Federal Reserve, Alan Greenspan, apologized for the lax approach to regulation, which he now concedes helped create the calamity.

Many have argued that it was his unwillingness to raise interest rates that fueled the housing boom and set the stage for the collapse. Yellen, in essence, is arguing that interest rates alone are a poor tool for curbing bull markets, which are driven more by human nature than central bankers. Instead, she's looking to fix the other half of Greenspan's folly by ensuring that when things get out of hand, the people who cause the damage can afford to pay the bill.

Words really fail. The derivatives market alone has a nominal value of over a thousand trillion dollars. Yellen is going to ensure that "when things get out of hand, those who cause the damage can afford to pay the bill."

Really? Gee, we'd like to meet the people or groups that with a little help from Ms. Yellen can weather a thousand trillion dollar collapse.

What Ms. Yellen has said should be plastered on the front page of every English speaking newspaper that still exists. She and her tiny coterie hold the keys to modern monetary power.

She's giving us fair warning that she will continue to print money and that this money will in turn create asset bubbles, as it already is. But she's not going to do much if anything to control them.

Weird, eh? Did you ever think you'd live to see this day? It's like accompanying Alice down the rabbit hole to Wonderland. For those who understand what is actually likely to happen, there's surely an air of unreality – a feeling of being suspended in a mid-air parachute jump with a chute that won't open.

Of course, some could argue (and the New York Times did when covering Yellen's address) that Yellen is actually trying to reduce the current moral hazard the Fed has inevitably constructed. The idea is to cause even the largest investing entities to tread more cautiously because they are not sure of Fed policy. But Yellen's statements tend to conform to her dove-like reputation, and thus she may indeed mean just what she says. Probably so, in our view …

Blame it on the Internet?

Sure … what we call the Internet Reformation has certainly panicked globalist elites. Their methodologies stand revealed and their priorities are common knowledge. Accordingly, it seems, they have begun to apply the bluntest of instruments to the world's sociopolitical and economic situation.

We've covered the "Wall Street Party" meme because we're good at identifying and tracking elite dominant social themes. But never did we believe that those applying these memes would be so blunt about their application, so obvious about the larger disaster they have apparently planned.

It's hard to say how much higher stocks are going; records are breaking regularly now. We've predicted Dow 20,000 but who knows – maybe Dow 25,000 or 30,000 are possibilities as well. The market trades on monetary momentum and the amount of wealth that is going to be produced in the next year or two is probably phenomenal.

Of course, it won't be "real" wealth for those who cannot get it out in time but for others, invested in the right sectors – including startups – the rewards may be tremendous.

The trick will be identifying the sectors, then getting the timing right – and finally creating a situation that will allow one's portfolio and family to survive the ruinous aftermath.