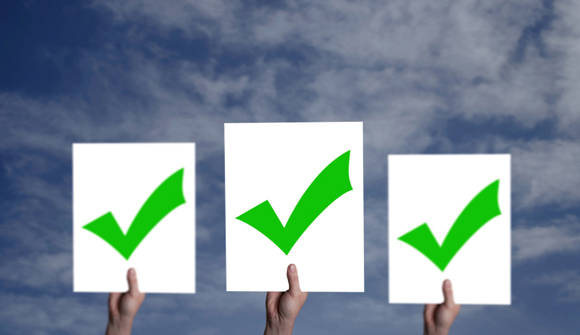 One fifth of Germans want revolution: report … One in five Germans believe that a revolution would be the only way to truly reform society, a study released by the Free University of Berlin on Monday shows. Anti-capitalism, anti-fascism and anti-racism were all are prominent positions according to the study entitled 'Against state and capital – for the revolution', which has revealed a public much further to the left than previously thought. – The Local

Dominant Social Theme: Western discontent with the status quo is not a significant issue. Don't worry.

Free-Market Analysis: In the other article in this issue, we pointed out that in the US, feelings of alienation toward the country and its federal government were a good deal more prevalent than ordinarily discussed.

A Reuters analysis of a poll on the issue discovered almost a quarter of those asked spontaneously endorsed the idea of secession. The article is almost comical in terms of the astonishment with which it is written.

Likewise, we find in this just-released study regarding Germany alienation from the current sociopolitical system a similar perspective.

The idea that disenchantment lies so close to the surface is newsworthy from the standpoint of those initiating the study and reporting the results.

In the report, 20% of the people surveyed agreed with the statement that "Living conditions won't be improved by reforms – we need a revolution".

A similar percentage of people said they saw the rise of a new fascism in Germany as a real danger, while as many as a third agreed that capitalism inevitably leads to poverty and hunger.

Reflecting the massive media attention given to a wave of anti-Islam Pegida demonstrations, the report highlighted that 48 percent thought that a deep-rooted xenophobia existed in modern day Germany.

The really important number here is that one-third "agreed that capitalism inevitably leads to poverty and hunger."

In fact, the respondents are not speaking about capitalism at all – given that what Germany has … what the West has in general … is a kind of neo-feudalism.

The most important Western facilities include central banks and multinational corporations. Both of these powerful paradigms gain their legitimacy from state power. Central banks are legislatively and judicially empowered to create monopoly fiat money and to choose the cost and volume of money on a regular basis.

Multinational officials can hide behind corporate personhood when it comes to unpopular and even unfair decision making. As they are not burdened by the consequences of their actions, multinationals and large corporations generally are often able to expand relentlessly.

Were officials held accountable, the relentless growth would no doubt be restrained and a slew of other regulatory and judicial supports for this sort of "capitalist" paradigm would prove far less effective.

The upshot would be institutions of far smaller size. The boom-bust business cycle would be ameliorated and the ability of individuals to generate modest entrepreneurial activities would be enhanced.

Those responding to the poll may not be aware of how their societies are affected by fundamental judicial fiat – the manner in which the force of the state has supported the expansion of vast public/private facilities.

At the same time, little-reported protests against central banking in particular have been taking place in Germany – in Berlin and elsewhere – and reportedly have caught the attention of central banking authorities.

In part, their attention may have been captured because organized protests against central banking are not ordinarily pursued publicly. Authorities do everything within their power to focus public anger on corporations, public bureaucracies, etc.

One can make the case that if public indignation grows regarding the fundamental underpinnings of modern capitalism, there will eventually be an even more organized official response. And one can see that this possibility has already been explored with the advent of Occupy Wall Street, which attempted to blame modern sociopolitical and economic difficulties on the "one percent."

In fact, it is not the one percent but the .01 or .001 percent that are responsible for the emplacement and continuance of the current system. Occupy Wall Street fortunately fell out of favor in the US because many realized that blaming Wall Street and politicians for the creation and imposition of the monetary system itself was somewhat futile.

It also became apparent that the Occupy Wall Street movement was quite possibly being manipulated by the very industrialists and economists that wanted people to focus on less important facilities than central banking.

Though Occupy Wall Street faded in the US, it now has "chapters" around the world. The movement, curiously, remains a formidable power elsewhere. The meme – as we discern it – has to do with a kind of faux egalitarianism. Society must be seen as "equal" or those who are impoverished and under-represented will rise up.

Given the history of such movements and their surreptitious support by society's most powerful influencers, it is not an exaggeration to conclude that social agitation is being aggravated – cautiously but continually. Even the advent of polls such as this one and their increasing coverage are perhaps intended to create an atmosphere where more violent protests are seen as understandable and even predictable.

Look to episodes like the French Revolution to see how such movements – dare we call it directed history – may conclude.