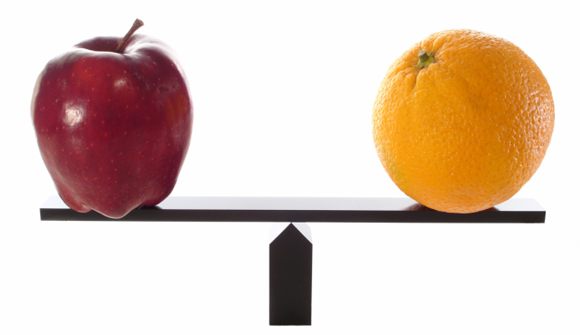 Madoff/subprime – spot the difference … Bernard Madoff still has some magic. The public finds anything connected to the fraudster's case fascinating, from a prison interview to JPMorgan's agreement last week to pay $2.3 billion for Madoff-related sins. And why not? Madoff was a grandmaster of the confidence trick. But there is more to it than that. His way of doing business was alarmingly close to the perfectly legal practices which brought down the financial system in 2008. – Reuters

Dominant Social Theme: Madoff is crooked. Wall Street is not.

Free-Market Analysis: This article comes right out and expresses the position that what Madoff did illegally is similar to what Wall Street – specifically the hedge fund portion of it – does every day.

While this point has often been made in the alternative media, to see it plainly posted at Reuters is startling.

While the article has another agenda (more on that below), it is somewhat anomalous, and its posting can be justified by current events: specifically, the fine that was just paid by JP Morgan based on findings that JP Morgan assisted Madoff in the fund that proved to be fraudulent.

The spectacle of JP Morgan paying a relatively insignificant fine (given the size and earning capacity of the firm) versus the life sentence that Madoff received has already been duly noted by many. In fact, once again we can see "corporatism" at work.

Those who are employed by big corporations are shielded by corporate personhood. Ultimately, the fictitious corporation pays the price rather than the people making the decisions.

The article goes well beyond JP Morgan, however, focusing on the larger issues involved. Here's more:

Compare Madoff to a hypothetical pre-crisis hedge fund manager – one with a special interest in U.S. subprime residential mortgage securities. The common tale starts with a commitment to provide higher returns than the economy can safely offer to financial investors.

Both Madoff and the hedgie took in funds without making any specific promises, but their investors' expectations were lofty. Madoff, of course, knew that he could not live up to those expectations. That makes him smarter than the hedgie, who was either foolish, if he thought American house prices would keep rising for many years; or arrogant, if he was confident that he could sell out before the losses hit.

Both Madoff and the hedgie relied on the inability of most investors to accept deep in their hearts that market skills very rarely produce portfolios that massively outperform the overall market and the economy for a long time. It is not surprising that almost no one at JPMorgan was bothered by the consistent 10.5 percent annual returns.

A similar complacency about investment returns cost investors far more in subprime losses. Financial engineers got away with claims that subprime housing could be turned into financial assets that combined high rewards with low risks.

When trying to attract funds, Madoff and the fictional hedgie made similarly exaggerated claims about their strategic expertise. Madoff just lied. The hedgie had to put together the data in a way that helped them tell clients what they wanted to hear. But gullible investors are all too often looking for a story that calmer souls would consider too good to be true.

They are willing to trust doubtful claims, whether Madoff's new wrinkle in options strategy or the hedgie's new paradigm of housing finance. For a while, it was fun. Reported returns were excellent – over decades for Madoff, over just a few years for the hedgie.

But the numbers were pumped up by an illusion. The liar Madoff was fine as long as not too many investors wanted to cash in. It was not that different for the honest hedgie. His market values were true only as long as the market was going his way. In practice, they were fictional, because prices were sure to fall fast exactly when he would have to sell out – the moment the housing market turned.

The dark days would come, but Madoff and the putative hedgie basked in high incomes and social esteem for as long as the positive cashflow lasted. Apparent success allowed them to brush off the few investors and investigators who asked hard questions. The unravelling of the two managers was also quite similar.

The game was up when there was no longer enough money flowing in – to the Madoff funds or to the subprime market. Investors then found that much of their cash had vanished: paid out, appropriated by the fund manager or vaporised in a falling market.

And yet in the end, fraud cost less than foolishness. Madoff's investors are expected to get as much as three- quarters of their money back, thanks to a lack of bad investments and a diligent effort to recoup funds from the scheme's former beneficiaries – including JPMorgan. Investors in almost any leveraged subprime housing fund suffered much higher losses.

We've quoted a lot of the article because the parallelism is interesting, though the use of the hedge fund as the Wall Street instrument is surely a purposeful one. The hedge fund sector remains largely unregulated – or less regulated – than the rest of Wall Street. By placing subprime blame specifically on hedge funds, the article lays the foundation for its ultimate conclusion …

We'll get to that in a moment. First, let us make the point that hedge funds were certainly not the only entities involved in the subprime collapse. The blame can be spread throughout the system. Regulators, quasi-governmental firms like Fannie Mae, politicians, Wall Street bundlers and securitizers, banks and mortgage lenders – the list of those who participated is almost endless.

The real culprit, of course, was the central banking system. Ben Bernanke inverted the yield curve in the mid-2000s via several rate rises. By the time he lowered rates the damage was done. A recession – the Great Recession – was brewing.

We've written about this several times now based on an article in Forbes entitled, "How Bernanke's Fed Triggered the Great Recession." Someone should get Bernanke in a room and ask him why he raised rates like that when any academic knows that such hikes almost inevitably cause recessions and depressions. No one has asked yet to our knowledge.

The article ends with the predictable pablum: "Greed cannot be banished from human hearts, but wise rules can temper its deleterious effects on individuals and society. The current arrangements and expectations of finance are anything but wise. If supposedly sophisticated investors had been less rapacious and more realistic, and if regulators were more diligent, there would have been neither a subprime boom nor many ultra-high-fee hedge funds."

But transparency cannot be legislated; wrongdoing is almost never detected before the fact. Competition is the great equalizer. The more competition there is, the more the system will work fairly and equitably.

Unfortunately, what we have now is something we call "corporatism." It is supported by two great fulcrums of force: judicially mandated personhood and monopoly central bank money printing. Get rid of these two pillars of state force and the system will collapse – and yield up healthy competition while doing so. But until this happens, additional regulation is simply futile and will yield no better results than in the past.

Because of the STRUCTURE of modern finance, the disaster of the later part of the first decade of the 2000s is bound to be repeated, as it was repeated throughout the 20th century.

A definition of insanity is doing the same thing over and over and expecting a different result. This Reuters article comes tantalizingly close to revealing the truth about Wall Street. But in the end, it lapses back into what passes for mainstream wisdom: more regulation and government are necessary to ensure that investing becomes "fair."

In fact, exactly the opposite is true.