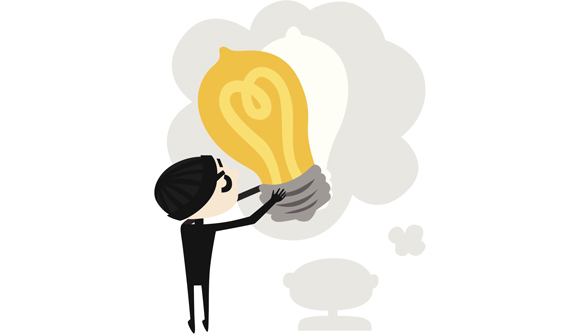 Sadly, as a result of a new Spanish law, we'll shortly have to close Google News in Spain. Let me explain why. This new legislation requires every Spanish publication to charge services like Google News for showing even the smallest snippet from their publications, whether they want to or not. As Google News itself makes no money (we do not show any advertising on the site) this new approach is simply not sustainable. So it's with real sadness that on 16 December (before the new law comes into effect in January) we'll remove Spanish publishers from Google News, and close Google News in Spain. – GooglePolicyEuropeBlogspot

Dominant Social Theme: Copyright is very important and you can't steal people's thoughts without paying for them.

Free-Market Analysis: Richard Gingras, Head of Google News, posted this update on Thursday, explaining that Google News would have to close in Spain.

That's because Spanish legislators have decided that any time someone reproduces even a few words of someone else's writing, it is now considered stealing unless compensation is paid.

Germany previously passed an unsuccessful law of this sort, but the difference is that most media companies waived their right to charge for excerpts because Google created so much traffic.

To make sure that the Spanish version was more successful, language stipulates that media companies MUST charge! There is no choice in the matter.

Today [Google's new service] is available in more than 70 international editions, covering 35 languages. It's a service that hundreds of millions of users love and trust, including many here in Spain. It's free to use and includes everything from the world's biggest newspapers to small, local publications and bloggers.

… For centuries publishers were limited in how widely they could distribute the printed page. The Internet changed all that — creating tremendous opportunities but also real challenges for publishers as competition both for readers' attention and for advertising Euros increased.

We're committed to helping the news industry meet that challenge and look forward to continuing to work with our thousands of partners globally, as well as in Spain, to help them increase their online readership and revenues.

Of course, this is not the whole story. From what we can tell and have reported before, copyright only was developed after the advent of the Gutenberg press. Its implementation was at least in part intended to slow the transmission of information that was undermining the sociopolitical and economic system of the time.

It didn't work very well, of course. The Holy Roman Empire was riven by Lutheranism and eventually the "Divine Right of Kings" – which depended on the endorsement of the Church – also collapsed.

Today, the same sort of thing is going on, as 150 central banks around the world possess an almost godlike power that is arguably similar to the Holy Roman Empire at its height. And as what we call the Internet Reformation expands, the current money system becomes ever more questionable.

The systems that people have grown up with are increasingly questionable – and questioned. As we have pointed out, the entire mechanism of the Internet is constructed in ways that contradict the copyright system that grew up in the 20th century.

Just the other day, we saw this article in RT, headlined: " 'Each time police shut Pirate Bay, we'll multiply other servers' – party head to RT."

No matter how many times law enforcement cracks down on The Pirate Bay, it will find a way to re-open, the Berlin chairman of the Pirate Party told RT – days after the website was taken offline by a Swedish police raid.

"It was already shut down in 2005, and the result was the creation of a party called Pirate Party coming with all the ideas of sharing of information, of knowledge and culture on the internet. And freedom on the internet," Kramm said.

"So they came up with this: basically, each time you shut the Pirate Bay down, we will multiply," he added.

The Pirate Bay offers links to torrents for file sharing, Kramm stressed, and the rights owners state that copying is a copyright infringement – despite the internet being "a huge copying machine."

Modern technology is increasingly colliding with 20th century regulations in all facets of society. And it is also having significant impacts.

"Kramm also said that [the] music industry has opened for streaming, adapting to the new circumstances – and the streaming has become one of the strongest developing markets."

He noted that "we can see that this is working, and that copying on the Internet doesn't kill the market."

Kramm, again: "If you just take one server away, it will have many copies somewhere else. It will not help at all."