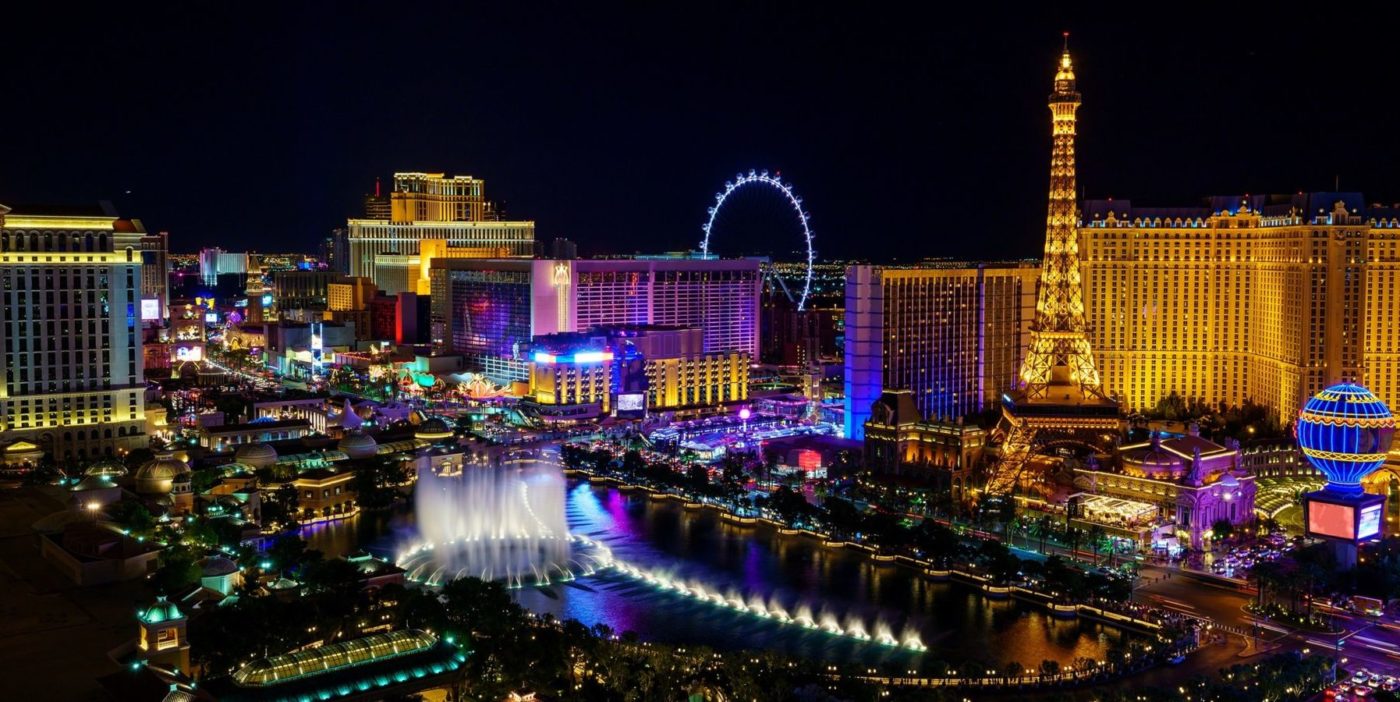 STAFF NEWS & ANALYSIS
Should Online Gambling be Legalized in the US?
By Phil Comyn - April 25, 2018

America is a strange place when it comes to gambling.

Like a lot of America’s laws, gambling changes from state to state, with local governments deciding on changes to gambling law depending on which state you’re in. For example, a resident from St. George, Utah – a state where every single form of gambling (even a friendly game of poker in a private residence) is completely illegal – only has to drive a couple of hours to the world’s most famous gambling destination, Las Vegas.

Then there’s the dilemma of online gambling, which is legal in a few states but not widely across the US – and the fact that hundreds of Native-run casinos and offshore casino boats get around bans in certain states quite easily.

Gambling in the US is on the cusp of a possible watershed moment, thanks to the background of the current President. Donald Trump was a former unsuccessful casino magnate before running for office, and his links to the gaming world will surely be mounting pressure for a more relaxed approach to gambling, or at least a consistent solution that can be applied across the nation.

What’s more, one of his bigger donors, Sheldon Adelson, is the founder, chairman and CEO of Las Vegas Sands Corporation – so is clearly in support of the casino industry. He has, however, spoken out against online gambling.

Let’s look at how the US got into this confused state of play.

While the Puritans and religious refugees who founded America weren’t big gamblers, the immigrants who followed them certainly were – bringing gambling with them from Europe.

From the Mississippi river workers who invented modern poker to Charles Fey of San Francisco, who created the world’s first fully automatic slot machine, there’s a real legacy of gambling in America.

By the late 19th and early 20th century however, gambling had developed a poor image and reputation, as it was strongly linked to organized crime. In fact, Las Vegas was transformed from sleepy village to global destination thanks to L.A. gangsters and funding from Teamsters unions with links to the mob, so it’s perhaps no surprise the US government took such a stringent approach to try and reduce the income provided by gambling operations – by outlawing gambling completely across the nation. 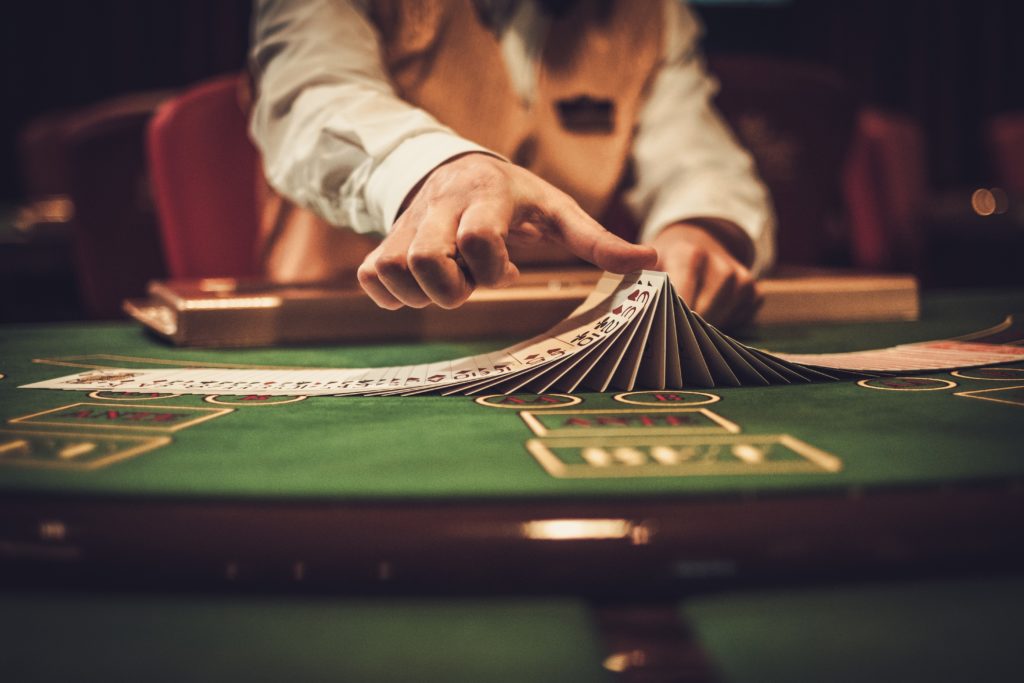 There are multiple workarounds to this now out of date ban, however. Naturally, there are the states that have long histories of legalized gambling – notably Nevada and New Jersey, home to Mr. Trump’s former casinos in Atlantic City, which have now been joined by a long list of states such as Louisiana, Maine, Iowa and more. Technically, this means that gambling is actually legal in a lot of places, and certain states which still ban commercial gambling often allow Native American casinos within their boundaries.

Native casinos have been operating since the 1970s, when a landmark ruling stated that the government couldn’t tax or regulate designated Native territories. This opened the gates for specific tribes to set up and run casinos, gambling parlors and rest-areas filled with slot and video gaming machines – taking advantage of the massive demand among Americans everywhere. Again, this means gambling is technically legal as Americans only have to drive to a Native casino to play the likes of poker, blackjack and roulette for cash.

In North Carolina, a state which still bans all gambling apart from certain lotteries and tribal gaming, gamblers can book a trip on sea-going casinos. It’s a pretty straightforward get-around; head into international waters before opening up the tables. This not only provides a loophole, but shows how much demand there is for commercial gambling in states that have traditionally been against gambling of any form.

Online casinos started to crop up in the early 2000s, before they were forced back by Congress in 2006. Many online operators withdrew in that time – however, in 2011 New Jersey voted to allow it to take place.

The financial benefits and drawbacks of legalized gambling 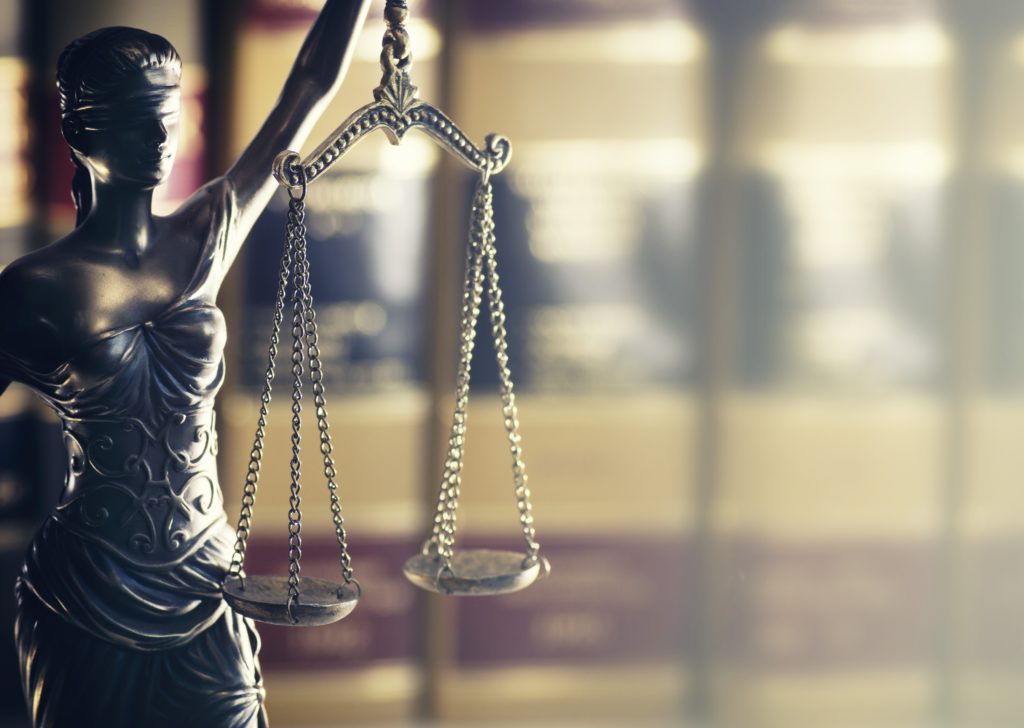 According to an analysis by H2 gambling capital, the underground gambling industry is worth $196 billion a year. Based on underground sports gambling, illegal casinos and online gambling played behind closed doors, this gigantic sum of money dwarfs the $41.2 billion gambling revenue collected in 2017, which of course provided a hefty lump of tax. If gambling was not only legalized, but promoted, then it’s safe to say the government could expect a small explosion of tax revenues. In a country where booze was banned almost within living memory, the reaction to free and unrestricted gaming could generate a lot of money – although it is hard to imagine anything offsetting the US’s $300 billion a week debts.

But what about the issue of gambling addiction? Well, there are a few guinea pigs along the line who have legalized gambling and aren’t suffering any of the negative effects constantly brought up by those opposed to gambling.

For example, in the UK, gambling has been legal for some time now, and problem gambling exists in small numbers. According to the Gambling Commission, 0.8% of the overall population has had a gambling problem, compared to the roughly 45% of the population that takes part in some form of gambling.

The future of online gambling 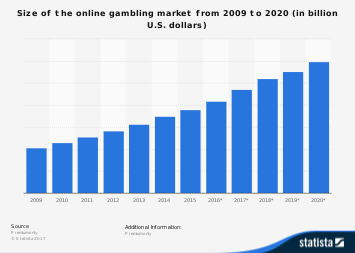 A projection of the worth of the online gambling industry

At the moment, online gambling is available in four US states. In comparison again to the UK, over a third of gambling revenue now comes from online gaming. If this was applied to the US, then this could be yet another tax revenue stream. But more importantly provide jobs, helping fulfill a key promise from Trump’s presidential campaign.

There are some big success stories elsewhere in the world, where online gambling is attracting a huge number of gamers. This is primarily due to operators providing an enhanced gambling experience that replicates the real thing. Just look at the UK, where online gambling generates 33% of all gambling revenue (that’s £4.5 billion in total). Although casino websites would make the up the bulk of revenues, games like bingo are extremely popular in the US, especially in Native casinos.

Taking bingo online could create an entire sub-industry, given the example set by the UK, where online bingo operators such have grown significantly, riding the wave of the sea change in the industry. Leading brands like Wink Bingo offer the possibility to play bingo wherever and whenever you like, from the comfort of your own home or on the move, and offer some great games and pretty generous rewards to boot.

The success of these online operators suggests any relaxation in gambling laws will be tapping into an area of huge demand in the US.

The President is currently tied up with other issues – notably a meeting with Kim Jong-Un, and he’s busy battling several lawsuits, as well as an FBI investigation into Russian involvement with the election. Elsewhere, local governments are doing the real work, dealing with lobbying from casino brands and screaming at detractors about the vast tax revenues. In a city like Detroit, which is already making good tax money from the $1.4 billion generated by casinos annually, the pressure is on to the up the game, and other financially poor cities across the states are also looking at the Detroit model with interest. At this stage, we can expect the changes in gambling law to continue to be state-led.

But watch this space for any sudden movement when the pressure finally gets to the White House.

This post has been contributed by Phil Comyn and is published in accordance with our disclosure policy.