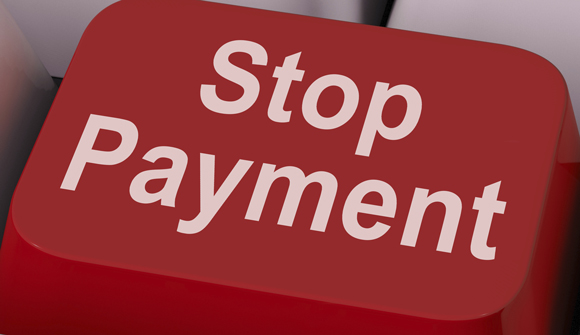 Inflation Doesn't Hurt So Much, Does It? … There might be better ways to generate more inflation. The first would be for the Fed to stop paying interest on reserves. As things stand, when banks hold reserve accounts at the Fed — which we normally call "cash" — they get paid 0.25 percent annual interest. As insignificant as it might seem, that provides an incentive for banks to hold excess reserves rather than lend out their cash. Some economists, such as Harvard's Martin Feldstein, have argued that this incentive, although it looks small, is actually so big that it is holding down inflation. – Bloomberg

Dominant Social Theme: A little inflation is a good thing.

Free-Market Analysis: Why is inflation good? Why is disinflation or deflation bad? We know what Murray Rothbard believed because he told us: In a free-market economy, there would be gentle deflation because technology constantly made goods and services less expensive.

He had no problem with this, nor should he. If the market operates in such a way as to expand the value of money, then so be it. It would help old people when they need their assets the most and it would certainly help with savings generally.

But that is not the kind of system we have today nor do we have economists that are sympathetic to deflation or even disinflation for the most part. Inflation is the assumed goal and this leads to many bad outcomes as economists jockey to gain seats of power that will allow them to "steer" the economy toward debasement.

One of the ways that economists influence the economy is by manipulating the money that is being generated for the biggest commercial banks. Some of this money leaks out, causing price inflation over time. But other money stays put because central banks offer to pay interest on it.

… Instead of too much inflation, as so many hand-wringers were worrying about a few years ago, we now find ourselves with too little. Maybe it's about time the Federal Reserve did something about it. Thus, it seems reasonable to expect that the Fed will do some kind of easing soon – a delay in planned rate increases, or even another shot of QE.

In a recent paper, the University of Chicago's John Cochrane put forth an even more intriguing hypothesis. When bank balance sheets are large, he argues, paying interest on reserves turns standard monetary policy on its head. No longer do lower interest rates cause higher inflation – instead, Cochrane says, we enter a Neo-Fisherian world where promising to keep rates lower for longer actually reduces inflation. So if Cochrane is right, the policy of paying interest on reserves is interfering with forward guidance.

So eliminating interest on reserves is one thing the Fed might do in order to raise the inflation rate. Another idea is for the Fed to stop seeming so scared of moderate inflation.

… An obvious solution, therefore, would be to have Fed officials, including Chair Janet Yellen, make remarks explicitly stating that 3 percent inflation – or even 4 percent – wouldn't be the end of the world. This would fight against the "anchoring" of inflation expectations below 2 percent.

Now, some of you – especially those of you who remember the 1970s – may be shaking your heads and saying "But wait – isn't inflation bad?" And sure, too much inflation is definitely bad. But a small amount of inflation is necessary to grease the wheels of capitalism, since it allows companies to lower real prices and wages when necessary (since making outright price and wage cuts is often psychologically or politically difficult). When inflation dips too low, it transfers wealth from those who owe money – companies and mortgage payers – to those who hold bonds. That can slow economic activity by making it harder for people and companies to repay their debts.

This last graf is what makes economics such a questionable "science." Where on Earth is it written that inflation "greases" the wheels of capitalism? Are we really supposed to think that companies can't lower prices or wages without the connivance of inflation? What did companies do in the 1700s and 1800s? Were prices and wages never cut?

The article makes several points about how the Fed in particular ought to stop paying banks to hold onto reserves. This is one of the more questionable aspects of Fed policy, as it allows the Fed to print money and direct in certain ways.

The money the Fed prints for banks does tend to stay in reserve – which explains how the Fed can print so much money without inflation … it pays banks to stop its circulation.

But as we've pointed out in the past, some money leaks into the system anyway, usually to big multinationals that put some of it in the stock market. As the market goes up, funds and wealthier investors begin to commit more cash.

This is a kind of self-fulfilling prophecy and why the Fed probably won't end the practice any time soon. By simultaneously printing money and paying to keep it uncirculated, the Fed – and other central banks as well – can better control the rate of dissemination.

The idea is to circulate money, but not too much. The public is not to participate until later in the cycle, or so it seems to us.

It is all fairly cynical and manipulative as well. In a normal, unregulated economy, savers would reap the benefit of their discipline and the elderly would find their money went farther.

But current Keynesian economics has stood this sensible scenario on its head. The banking class for no good reason has decided that inflation is preferable to deflation, probably because they (only they) have access to the printing presses and thus can cause monetary inflation.

There is no reason to fear gentle deflation, but it has been made into a bogeyman. This gives bankers the justification to print. And print they must. In 2015, we'll see a lot more of it, especially given all the alarmist warnings in the mainstream media about the danger of currency that increases in value.

Only debasement will do.