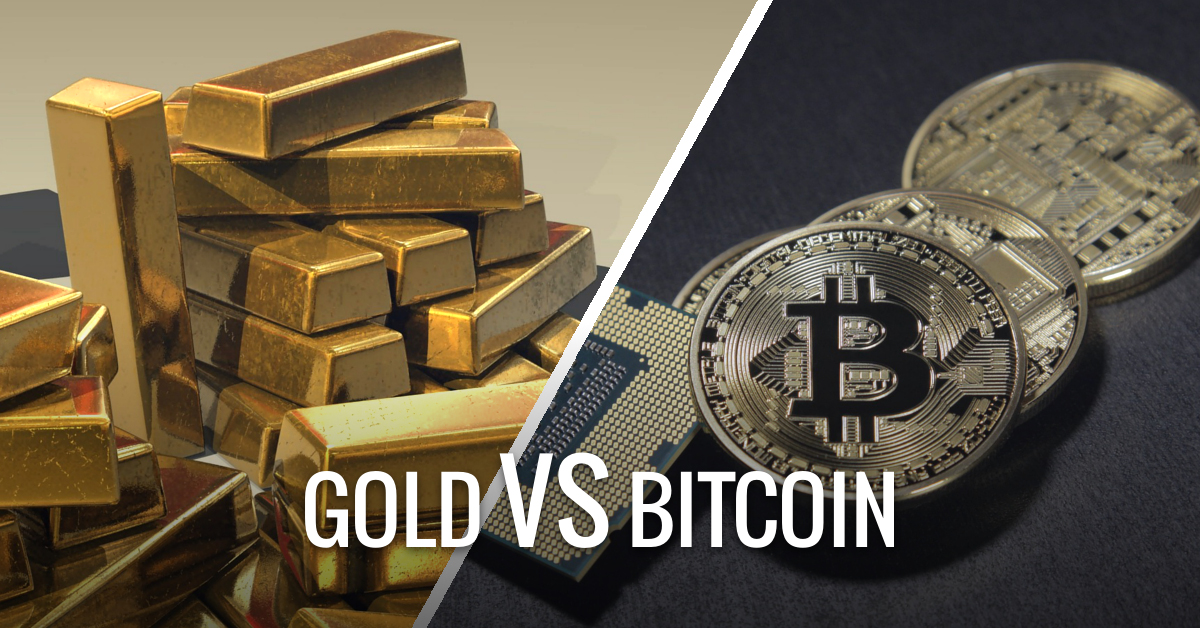 STAFF NEWS & ANALYSIS
Should you own bitcoin or gold? That’s easy
By Tama Churchouse - July 20, 2017

Gold bugs are rarely, if ever, bearish on gold. To them, it’s the only real currency in a world of money-printing central banks endlessly devaluing their fiat (that is, paper) currencies. There are few people who believe so fervently as gold bugs.

But bitcoin fanatics come pretty close. These folks believe that this decentralised digital currency is the ultimate means of easily transferring value without the need for centralised entity, intermediary, or central bank. Bitcoin is a libertarian dream.

Now, given that gold bugs and bitcoin fanatics share a common desire – a completely independent store of value – and a common enemy (central banks), you’d think they might be the best of friends. But they’re not.

In fact, they’re more like dogs and cats – or chalk and cheese. They don’t mix well, at all.

I know this because I’m privy to a private mailing list that’s run by an old family friend who’s a consigliere of one of Hong Kong’s wealthiest families. He, along with a couple dozen business and financial gurus and veterans, some with names you recognise, share their investment ideas and opinions on all things related to global finance and investing.

And recently the topic of cryptocurrencies and bitcoin came up. After watching carefully thought-out emails travel back and forwards within the group, I drew a few conclusions.

Most of the guys (and they’re almost all men) on this email list are grizzled investors, and they like their gold. To be precise, their physical gold. They dismiss bitcoin as a fad, a craze, all hype and no substance.

As I said, bitcoin is frequently compared to gold. They’re the only two widely distributed, decentralised methods of exchanging value as currency. There is no central authority issuance like there is with U.S. dollars or any other fiat currency.

Neither bitcoin nor gold can just be “printed” at the push of a button by an anxious central banker. You have to either earn your gold by mining it – which is what you do to mine bitcoin, but with computers instead of picks and shovels – or you can pay cash for it.

But for the gold bugs, there’s no substitute for being able to see, feel and carry their gold.

Bitcoin? That just exists somewhere on the internet as far as they are concerned.

I remember nearly two years ago talking with Peter about bitcoin. At the time, I said the biggest hurdle I saw between the current state of bitcoin and mass adoption was that it’s not easy to fully explain in less than thirty seconds to the average guy on the street.

Yes, you can just it’s a “digital currency”, and that’s a start. But explaining the fundamentals of blockchain, and the distributed ledger systems upon which it’s built is not straightforward. It usually takes time and effort for people to really understand just how much of a breakthrough bitcoin really is when it comes to a being a trustless mechanism for exchanging value. (Trustless in the context of bitcoin means we don’t need to trust an intermediary to settle our transaction – we can exchange value directly with one another securely thanks to distributed ledger technology.)

Gold is the very opposite of new technology

It’s human nature – and, from an investment perspective, smart – to be skeptical of large world-transformational promises built on a new technology… especially one you don’t understand fully yet.

On the other hand, a gold coin is a gold coin. It’s shiny, heavy, tangible, and it exudes value and permanence.

As one of the guys on the cryptocurrency email thread succinctly put it:

“I prefer a currency that has survived 5,000+ years of wars, empires, the rise and fall of countries, cold spells, hot spells, and has been universally accepted in every country of the world.”

I can’t argue with that.

Gold doesn’t have a point of failure in the way bitcoin does. If the worst happens – by that I mean the kind of scenarios that doomsday preppers hark on about – a lack of internet connectivity removes my ability to do much with my bitcoin.

A gold coin can still sit in my pocket, even while I might be fending off mobs, zombies, nuclear winter, etc.

But the world is changing – away from gold.

Consider this. Gold might have been a bedrock form of currency for thousands of years – but so were the pen and paper, for communication. When I was packed off to boarding school, my only means of correspondence with my parents was through the mail. Even at secondary school, the only way to communicate with the fairer sex (I was at an all-boys school) was through letter writing. And now, it wouldn’t surprise me if my kids never write a single pen-and-paper letter in their lifetimes.

And let’s be honest, the gold bug demographic is typically more towards the senior end of the spectrum. So, will the physical tangibility of gold become less important over time for generations who gradually shift more and more of their entire lives into the digital world?

People interchange the words bitcoin, cryptocurrency, and blockchain. The truth is these are all different and similar at the same time. Bitcoin is a cryptocurrency built on a blockchain. Cryptocurrencies, of which there are hundreds, vary hugely in what they do and what problems they purport to solve, but they all (with one or two exceptions) leverage the kind of blockchain technology that bitcoin pioneered.

The word “currency” in cryptocurrency is somewhat misleading, as many of these have very specific security-like characteristics that provide economic ownership of a commercial blockchain. It’s very easy for people to lump cryptocurrencies into a single basket. But that’s like saying that all of the 3,207 NASDAQ-listed stocks are all the same.

So, gold versus bitcoin?

If you were to ask me which I think is more likely to be around a hundred years from now, it’s gold… every time. Nothing has usurped it for millennia as a globally-accepted medium of exchange or store of value, and I don’t think bitcoin will do so either.

Gold can’t be altered. Gold is gold. Once I own it, that’s it. I don’t need to rely on a functioning internet. I don’t need a computer. It’s pure tangible value.

Bitcoin, however, runs on a protocol that can be changed. Without going too much into it, a couple months from now, bitcoin could look completely different.

But I own bitcoin the same way I own gold. Locked up, out of sight, and out of mind. The gold will always be there… as for bitcoin, I can’t say that with 100 percent certainty.

But if you ask me which one is likelier to be up 1,000% three years from now, the answer is bitcoin. It’s still just a $45 billion-dollar market cap.

Gold has stood the test of time and a medium of storing value. For that reason, it deserves a place in your portfolio. Bitcoin’s time on the other hand, is just beginning. Blockchain is the future, and when you have an opportunity to buy the future and tuck it away, you should take it.

P.S. We put together a free report on bitcoin… how to buy it, move it and store it – you can download it at absolutely no charge by clicking here.

This was written by Stansberry Churchouse Research, an independent investment research company based in Singapore and Hong Kong that delivers investment insight on Asia and around the world. Click here to sign up to receive the Asia Wealth Investment Daily in your inbox every day, for free.