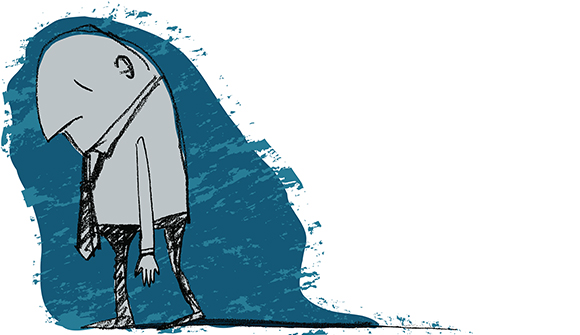 Consumer debt is soaring. That's good news (for now). …This particular data series is jumpy, and there are broader and more reliable measures of consumer debt (particularly those that include mortgages), such as these quarterly numbers prepared by the New York Fed. But even if the May consumer credit numbers overstate the pace at which Americans are escalating their borrowing, it fits with other data suggesting that the post-crisis period of deleveraging – of paying down debts – has ended. – Wonkblog, Washington Post

Dominant Social Theme: People are spending again. The Great Recession is finally over.

Free-Market Analysis: What planet does Wonkblog live on? This article is the result of Federal Reserve compilation of debt data throughout the US and is a good example of the old adage "garbage in/garbage out."

There are, of course, lots of reasons why consumer credit could be increasing in the US, if indeed it is. Perhaps people are simply bereft of capital and are desperately trying to stay afloat in an increasingly difficult economy.

A statistic may be explained in numerous ways. From our point of view, it certainly cannot be that consumers are optimistic and opening the spending spigots. Or at least we figure many of them are not.

We recently reported that over 100 million US citizens are apparently receiving some sort of government assistance and that only 47 percent of US citizens have full-time jobs. These are disastrous numbers and whether they are absolutely accurate or not, they reveal an economic cataclysm that seems to be deepening not contracting.

Wonkblog, ever anxious to look at a "glass half full," provides us with the following analysis regarding consumer debt:

Here's the glass-half-full way of looking at this: Americans are finally feeling more confident about the economy and thus willing to take on debt. Lenders, meanwhile, are growing more comfortable extending loans. The spending enabled by this rising consumer debt can help create a virtuous cycle in which more demand for goods and services creates more jobs, which creates rising income …

Indeed, more borrowing by households (and the spending that results) is likely offsetting some of the pain caused by federal spending cuts and deficit reduction. But anyone who lived through the financial crisis and recession, in which excessive household debt was a major contributing factor, has to feel a little squeamish about how quickly consumer credit is rising.

There's nothing to panic about yet. Debt-to-income ratios are quite low, and it may be sensible for people to take advantage of very low interest rates to buy a car or some new furniture. Indeed, that's the very goal of the Fed's low-rate policies … At the same time, these numbers are worth keeping an eye on. If we finally achieve the long-sought economic recovery, but do so on the backs of an unsustainable run-up in household debt, it will be a pyrrhic victory indeed.

The idea that consumer debt indicates a resurgence in economic vitality is surely a Keynesian one, based on the citizen-as-consumer. Notable economist John Maynard Keynes didn't really care what the consumer consumed, so long as something was being produced and purchased. At one point he advocated for digging holes and filling them back up again. (The government was supposed to pay.)

Free-market economics provides us with other indicators, chief among them that a healthy economy is one where citizens are saving to expand family resources or for investment purposes. In our current up-is-down and white-is-black economic environment, savings are actually to be discouraged. The idea is to increase the velocity of money at virtually any price.

Even if a rise in consumer debt does indicate long-anticipated "green shoots," we would argue that this is a false spring. For instance, we have not seen the kind of credit-crunch punctuation that occurred in the early 1980s when "Tall" Paul Volcker ran rates up to 20 percent to drain money out of the system.

There's something like US$50 trillion trapped around the world today in various bank coffers and other venues. If and when that money begins to circulate, one could imagine that any "recovery" would quickly shrivel as a result of pro-active steps taken by central banks to reduce incipient price inflation.

To look at numerical indicators and conclude a US – or Western – recovery is in the making contradicts simple logic, in our view. Let the recovery come and rates will go up, making it impossible apparently for many Western countries to honor their sovereign debt. This will mean further write-downs or a larger convulsion of the current system.

We are a long way from a REAL recovery.