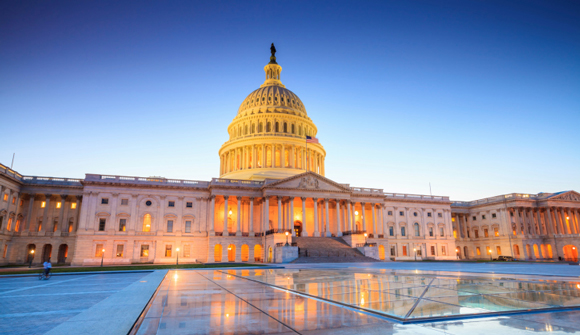 STAFF NEWS & ANALYSIS
Since 9/11, the Government’s Answer to Every Problem Has Been More Government
By John W. Whitehead - September 01, 2020

Have you noticed that the government’s answer to every problem is more government—at taxpayer expense—and less individual liberty?

The Great Depression. The World Wars. The 9/11 terror attacks. The COVID-19 pandemic.

Every crisis—manufactured or otherwise—since the nation’s early beginnings has become a make-work opportunity for the government to expand its reach and its power at taxpayer expense while limiting our freedoms at every turn.

Indeed, the history of the United States is a testament to the old adage that liberty decreases as government (and government bureaucracy) grows. To put it another way, as government expands, liberty contracts.

To the police state, this COVID-19 pandemic has been a huge boon, like winning the biggest jackpot in the lottery. Certainly, it will prove to be a windfall for those who profit from government expenditures and expansions.

Given the rate at which the government has been devising new ways to spend our money and establish itself as the “solution” to all of our worldly problems, this current crisis will most likely end up ushering in the largest expansion of government power since the 9/11 terrorist attacks.

This is how the emergency state operates, after all.

From 9/11 to COVID-19, “we the people” have acted the part of the helpless, gullible victims desperately in need of the government to save us from whatever danger threatens. In turn, the government has been all too accommodating and eager while also expanding its power and authority in the so-called name of national security.

As chief correspondent Dan Balz asks for The Washington Post, “Government is everywhere now. Where does it go next?”

When it comes to the power players that call the shots, there is no end to their voracious appetite for more: more money, more power, more control.

This expansion of government power is also increasing our federal debt in unprecedented leaps and bounds. Yet the government isn’t just borrowing outrageous amounts of money to keep the country afloat. It’s also borrowing indecent sums to pay for programs it can’t afford.

The government’s primary response to this COVID-19 pandemic—flooding the market with borrowed money in the amount of trillions of dollars for stimulus payments, unemployment insurance expansions, and loans to prop up small businesses and to keep big companies afloat—has pushed the country even deeper in debt.

By “the country,” I really mean the taxpayers. And by “the taxpayers,” it’s really future generations who will be shackled to debt loads they may never be able to pay back.

This is how you impoverish the future.

Democrats and Republicans alike have done this.

Without fail, every president within the last 50 years has expanded the nation’s debt. Despite President Trump’s pledge to drain the swamp and eliminate the debt, the federal debt is now approaching $27 trillion and is on track to surpass $78 trillion by 2028. Just the interest that must be paid on the national debt every year is $338 billion and growing.

At some point, something’s got to give.

Unfortunately, despite the tax burden “we the people” are made to bear, we have no real say in how the government runs, or how our taxpayer funds are used, but we’re being forced to pay through the nose, anyhow.

We have no real say, but that doesn’t prevent the government from fleecing us at every turn and forcing us to pay for endless wars that do more to fund the military industrial complex than protect us, pork barrel projects that produce little to nothing, and a police state that serves only to imprison us within its walls.

All the while the government continues to do whatever it wants—levy taxes, rack up debt, spend outrageously and irresponsibly—with little thought for the plight of its citizens.

This brings me to a curious point: what the future will look like ten years from now, when the federal debt is expected to surpass $78 trillion, an unsustainable level of debt that will result in unprecedented economic hardship for anyone that does not belong to the wealthy elite.

Interestingly enough, that timeline coincides with the government’s vision of the future as depicted in a Pentagon training video created by the Army for U.S. Special Operations Command.

According to the video, the government is anticipating trouble (read: civil unrest), which is code for anything that challenges the government’s authority, wealth and power, and is grooming its armed forces (including its heavily armed federal agents) accordingly to solve future domestic political and social problems.

The training video, titled “Megacities: Urban Future, the Emerging Complexity,” is only five minutes long, but it provides a chilling glimpse of what the government expects the world to look like in 2030, a world bedeviled by “criminal networks,” “substandard infrastructure,” “religious and ethnic tensions,” “impoverishment, slums,” “open landfills, over-burdened sewers,” a “growing mass of unemployed,” and an urban landscape in which the prosperous economic elite must be protected from the impoverishment of the have nots.

Just recently, in fact, I re-watched Escape from L.A., John Carpenter’s 1996 post-apocalyptic action film that imagines a future (2013, in fact) in which the United States has elected a president for life who runs the country according to his own theocratic moral law. Anyone who runs afoul of the president’s moral laws is stripped of their citizenship and either electrocuted or deported to the island of Los Angeles, a penal colony where lawlessness reigns supreme.

Carpenter is a brilliant filmmaker whose dystopian visions of the future are eerily prescient, but this film is particularly unnerving: environmental disasters; engineered viruses used like weapons to control the masses; riots and looting that leave the populace longing for law and order; religion used like a weapon; martial law; surveillance that keeps every citizen under the government’s watchful eye; and a growing awareness that the only path to freedom left for humanity is to shut down the government and start over again.

As I make clear in my book Battlefield America: The War on the American People, unless we make some effort to reject the sorry excuse for representative government that we have been saddled with, the future that awaits us—whether it’s the future envisioned by the Pentagon in its training video or the future imagined by Carpenter—will be a living nightmare from which there is no escape.