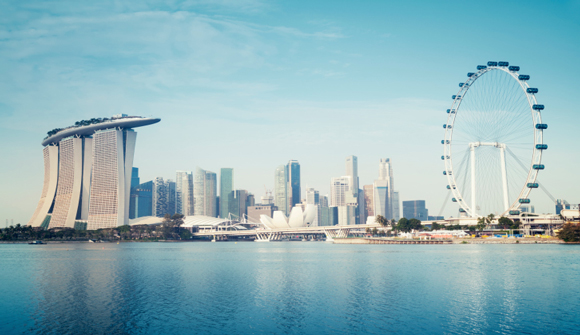 Lee Kuan Yew and the Myth of Asian Capitalism … When Lee Kuan Yew took office, Singapore was poor; in 2015, it's one of the richest countries in the world. – Bloomberg

Dominant Social Theme: Prosperity has little to do with freedom.

Free-Market Analysis: Predictably, the death of Lee Kuan Yew has generated many positive comments in the mainstream media about his "leadership" of Singapore. The main thrust of the comments has to do with his ability to run an authoritarian regime that produced a kind of capitalist prosperity.

This is an all-too-familiar meme, one often voiced by Western leaders. The idea is that the West has extensive freedoms that are unnecessary from the standpoint of building wealth. President George W. Bush expressed this feeling when he told reporters at the beginning of his tenure, "A dictatorship would be a heck of a lot easier, there's no question about it."

The Bloomberg article excerpted above delves into this meme in depth. And while the conclusion of the article seems critical of Singapore's sociopolitical structure, the myth of Singapore's prosperity is accepted as a given.

Lee was indisputably the architect of this astonishing transformation. He was also, it so happens, learned and brilliant, and an articulate spokesman for what he saw as a distinctively non-Western path of economic development. Deng Xiaoping admired him and sought his advice. It isn't outlandish to say that Lee deserves some credit for China's equally startling economic expansion starting in the 1970s – a transformation that will reshape the world.

Westerners think that prosperity and liberty go hand in hand. Lee and Deng believed that order, more than liberty, is the handmaiden of growth. Their successors, and leaders elsewhere who'd like to emulate them, agree. Lee thought a competent meritocratic government should have the paramount role, not just in providing order but also in guiding economic development. The success of "Asian capitalism" seems to prove him correct.

Having decided that Asian authoritarianism produces capitalist prosperity, there is nothing for this editorial to do but ask in the next graf, "is this right?"

This is surely a misdirected question. Of course, we understand the temptation from the point of view of the Western media: Western elites who control the media are irresistibly drawn to command-and-control economic cultures. In the West, however, until recently, the dirigisme has been veiled.

To be fair, the article makes the point that capitalist success can be achieved any one of a number of ways. Hong Kong, as the article points out, became prosperous utilizing a laissez-faire light government approach. South Korea's prosperity was achieved through a rigid meshing of government and the corporate sector.

But having made this point, the article stumbles again, claiming, "If Asian capitalism means anything, it's 'embrace globalization.'" It continues: Lee's Singapore and other successful Asian economies "certainly differed from many other poor nations, which turned inward – but not from the rich West. The West was already global."

Let us state clearly what's going on when it comes to Singapore and prosperity. Singapore's wealth was not generated by authoritarianism. And its riches were not generated via the adoption of a globalist outlook.

Singapore's wealth is approximately 70 years old – and it has to do with a convergence of factors. For one thing, Singapore is a small country with a small population. And it could be said that it is easier to control a small population than a large one. More importantly, Singapore's embrace of globalism (in tandem with authoritarianism) meant in practice that it attracted Western corporate wealth to its shores.

It is doubtless Western-style capitalism and the government's willingness to accommodate it and provide a safe haven for it, that have played a big role in Singapore's "success."

We point out regularly that Western-style prosperity can be evanescent, as it built more on monetary trickery than fundamental production. The US was enormously "wealthy" in the late 20th century. Today, in many ways the country is foundering. Europe, too.

Additionally, Singapore officials acknowledge substantial poverty in the island country – some 10-15 percent. And those are official numbers.

Even granting Singapore's "wealth," the reality of living in Singapore raises non-materialist questions. Some of these are explored in an article posted at the beginning of 2014 entitled, "In Singapore, thinking is bad for your health."

It is written by a man who signs himself, "Gopalan Nair, Attorney at law." He claims to be a "Singaporean in exile," living in Fremont, California USA.

In Lee Kuan Yew's tiny Singapore island city state with no more than 5 million people of whom just 2 million are native born citizens, their Ministers and politicians are, strangely enough, the highest paid in the world.

90 year old Lee Kuan Yew and his son who is the Prime Minister are each paid $3.7 million a year and an equal amount in bonuses. So are all the other Ministers. If you add it up it would probably be $6 million that each of these Ministers get. Leaving aside the bonuses, each of them is paid about 5 times the salary of president Obama of the United States.

On an alternative assessment it amounts to the total amount of all the European presidents of the European Union. Check it out for yourself. These are facts.

At the same time, Singaporeans have no rights. The Constitutional provisions that guarantee human rights have all been denied. The freedom of speech and expression article has a clause inserted in it with requires a government permit to make a public speech.

In the end it boils down to simply this. In Lee Kuan Yew's Singapore you live at his mercy.

The Bloomberg article concludes that Yew's Singapore is flawed because he chose authoritarianism over a more laissez-faire approach. "The constitutional pragmatist, Asian or otherwise, chooses the turbulence of liberal democracy."

Our objection to the article is threefold. Singapore's authoritarianism seems to be working now but in the longer term it may well founder. Second, the country's apparent success is built on the same regulatory and monetary foundation that is proving toxic in the West, and will surely undermine Singapore in the longer term as it has undermined Japan.

Finally, it seems to us misleading to hold up the West as a model of "turbulent" democracy. In the West, as the mask slips, the fundamental authoritarianism of the Western sociopolitical and economic process becomes ever more visible.

The Bloomberg article starts from the premise that authoritarian capitalism works and then criticizes the concept by suggesting that Singapore adopt the hurly burly of Western democracy – a state of affairs that seems to us to exist only in the texts of mainstream media analyses.

What is lacking in the West is freedom. Articles like these that seem to support freedom and free markets only provide misdirection on further scrutiny.