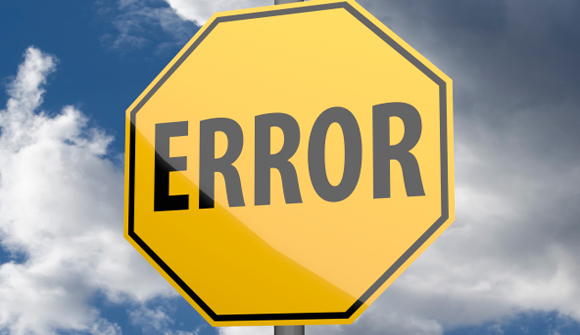 The People's Republic of Plymouth … The strange and persistent right-wing myth that Thanksgiving celebrates the pilgrims' triumph over socialism. The first Thanksgiving, socialism "Down with the Commies! Let's eat!" … This Thursday, Americans will gather together for an evening of family, food, football, and arguing with the relatives about politics. And why shouldn't that argument extend to the meaning of the holiday itself? – Slate

Dominant Social Theme: Communal farming wasn't so bad for the pilgrims as right-wingers portray it.

Free-Market Analysis: It didn't take that long for the mainstream media to start debunking an increasingly favorite libertarian report regarding the "First Thanksgiving."

We recently presented the libertarian narrative here at The Daily Bell in a scholarly retelling by Richard Ebeling:

As this telling of the tale of Thanksgiving has grown more popular, one could almost hear the collective head of the mainstream media engage in a slow-motion explosion … right around Thanksgiving time.

One could argue that the idea of celebrating a rare moment of friendship between America's early European settlers and its native inhabitants is marred somewhat by the centuries of bloodshed that followed. Yes, Americans of a conservative bent might dismiss this as mere P.C. revisionism. But the right has its own version of Thanksgiving revisionist history—the idea that the holiday is a celebration of the pilgrims' abandonment of socialism in favor of free enterprise.

The storyline goes like this: The early settlers at Plymouth at first experimented with a system of collective ownership of farmland, which, as with their compatriots at Jamestown, led to widespread famine. When they eventually abandoned this system in favor of private ownership, farmers were more productive, the harvest was bountiful, and a feast was held in celebration. Pass the stuffing!

… The notion of Thanksgiving as an anti-socialist parable has been given new life with the rise of the Tea Party, with versions of it reappearing on conservative and libertarian blogs and newspaper op-ed pages every year around this time. "The Pilgrims tried 'it takes a village' socialism and almost starved," remarks a column in Sunday's Salem (Ohio) News, for instance.

A 1999 version of the story published by the Mises Institute, a free-market think tank, is a popular email forward. Fox News' John Stossel is also fond of the tale, as is George Will. Not surprisingly, the leading exponent of the theory may be Rush Limbaugh, who repeats the "true" story of Thanksgiving every year around this time on his radio show. "Long before Karl Marx was even born, the Pilgrims had discovered and experimented with what could only be described as socialism. And what happened? It didn't work!" he told his listeners last year.

This all sounds very Randian, but the story is not quite the free-market folktale that its boosters would have you believe.

Slate tells us its version of the true tale – not one in which the settlers simply sat down harmoniously with AmerIndians to share a feast, but not quite a free-market parable, either.

The article points out that apparently, "the timeline doesn't … work. The first Thanksgiving was celebrated in 1621. The system of collective ownership known as the 'common course' was abandoned in 1623."

Common Course was abandoned because "settlers wanted to make more money," according to Slate. Presumably this is some sort of indictment. The article then goes on to admit, however, that the Plymouth settlers found private property "much more to their liking."

In his memoirs, William Bradford, the colony's first governor, writes that the communal lifestyle was "found to breed much confusion and discontent and retard much employment … [f]or the Young men, that were most able and fit for labour and service, did repine that they should spend their time and strength to work for other men's wives and children without any recompense." After every family was assigned its own parcel of land to farm, "this had very good success, for it made all hands very industrious, so as much more corn was planted than otherwise would have been."

We can see already that the Slate debunking is having a tough time. A lot of the tale seems to hold up. This being the case, the writer begins to focus on more technical matters.

The article informs about the fundamental contracts under which pilgrims journeyed to the New World. "Open field farming was not some kind of communism. All the villagers were tenants of the landlord."

There was no local baron in Plymouth, but it was a commercial project as much as a religious one, and the colonists still had to answer to their investors back in England. It was this, not socialist ideals, that accounted for the common course. Bunker writes, "Far from being a commune, the Mayflower was a common stock: the very words employed in the contract. All the land in the Plymouth Colony, its houses, its tools, and its trading profits (if they appeared) were to belong to a joint-stock company owned by the shareholders as a whole."

According to Slate, the "rebellion" against the communal agrarian structure was "against the rules set by a corporation, not against the strictures of some Stalinist collective farm or a hippie commune."

This is Slate's telling blow. Those who switched to private farming were doing so against contractual corporate obligations.

"I mean, is Halliburton a socialist scheme?" New York University historian Karen Kupperman said in Zernike's story. Yeah, this is also a bit of a stretch—Halliburton oil engineers aren't rotated around to different drilling sites and compensated based on the last group's productivity. In the end, no matter which side of the political spectrum you fall on, it's a questionable enterprise to draw lessons about contemporary politics from early-17th-century agricultural practices. But hey, it's a free country. Everyone has a right to a Thanksgiving parable of their very own.

The ignorance is, well … palpable. Those involved in writing and editing the article never made the effort to familiarize themselves with the considerable controversy over what constitutes a corporation and whether modern (and earlier, British) corporations were the product of the marketplace or judicial force.

Our perspective – borne out by the historical record going all the way back to Thomas Jefferson – is that corporations were distrusted then – as now – because they were indeed agents of government authority. We've written numerous articles about that. Our modern day corporatism got its start well after the Civil War.

The Supreme Court of the day overturned safeguards that US constitutional founders had set in place to ensure that European corporate models did not take root in the New World.

The article mentions Mises. All Slate's scribblers had to do was run a search for "Rothbard" and "corporatism" and similar terms to find out that their decision to conflate free-market thinking with multinational corporatism was, to put it politely, misguided. What they viewed as irony was actually … historical ignorance.

There is an unfortunate moral to this story. Even when the cleverest mainstream media wits try to attack free-market economics and human action they fail because they don't really know anything about it and are too contemptuous to properly investigate.

This is also the reason why the alternative media keeps gaining readers and why the Slate editorial staff is not nearly so clever as it thinks.