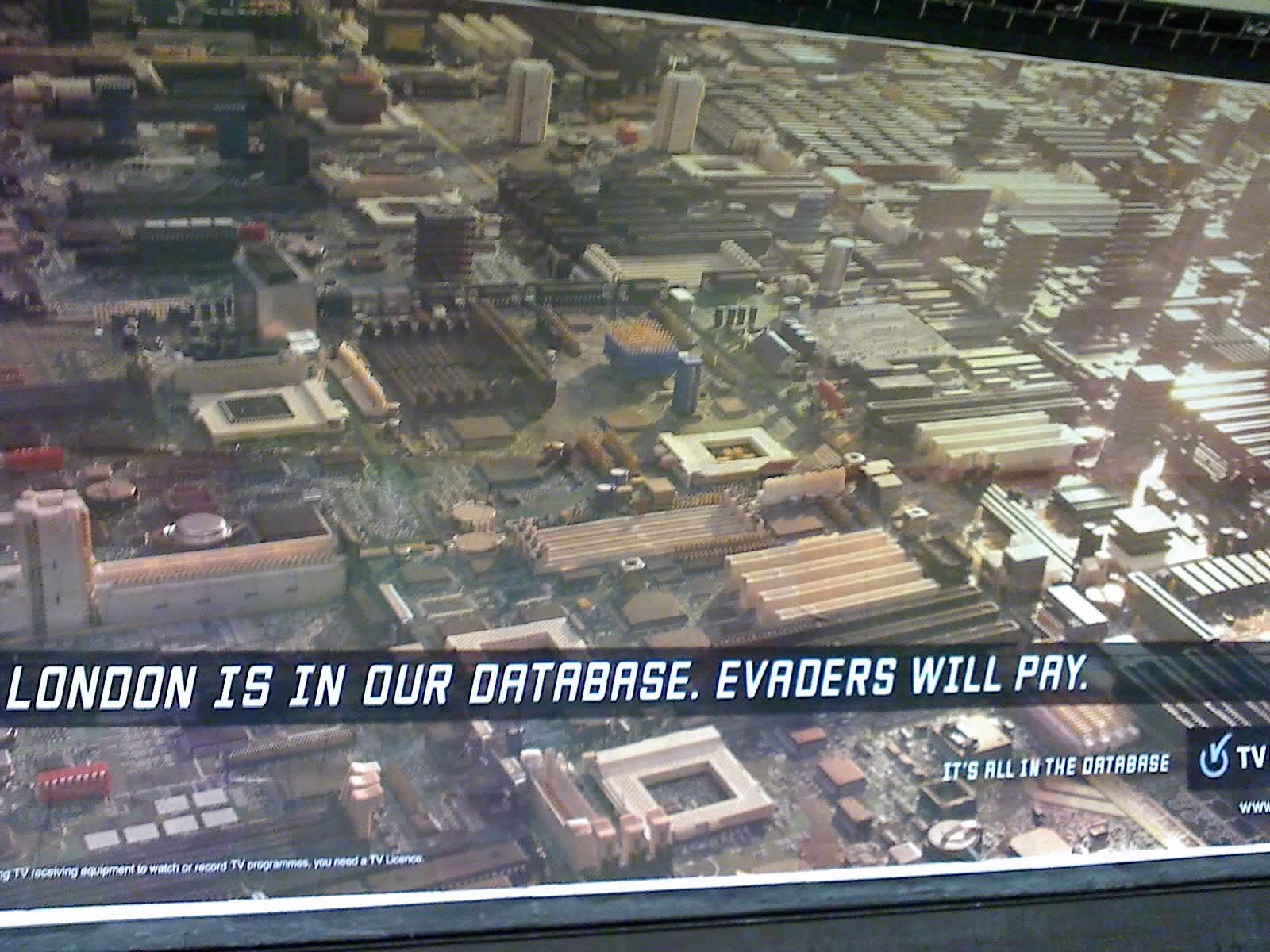 STAFF NEWS & ANALYSIS
Slavery is Freedom: Submit to the State and be Free from Terrorism
By The Daily Bell Staff - June 05, 2017

Clearly, the only sane thing to do after a terrorist attack is to take rights away. Maybe if we build a prison around society, we will all be safe. Maybe it is just a matter of the government having more power over the citizens, and they will finally rid the world of terrorism.

Or maybe the UK’s priorities are all wrong. For instance, did you know that in the United Kingdom, you are required to pay a tax to acquire a TV License in order to watch broadcast and online media? And they are not messing around. Look at these posters and billboards. 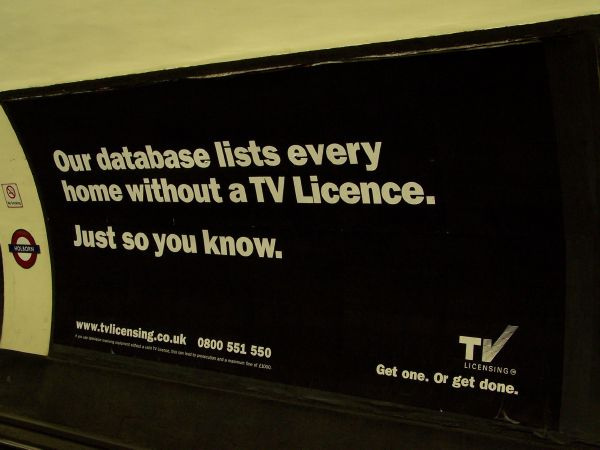 The BBC is watching.

Yet Prime Minister Theresa May seems to think the UK is simply not invasive enough of their citizen’s personal lives. They are going full-on “Big Brother” over TV licenses; they know who you are.

But they don’t know who the terrorists are. The government identifies in a database every last home without a TV license, but they cannot track and stop terrorists.

Theresa May is now calling for stricter regulations regarding the internet, in the wake of the most recent terrorist attack. She wants to force internet providers and websites to remove any loosely defined “extremist” or “radicalizing” content, and she wants to internationally outlaw end to end encryption.

“We cannot allow this ideology the safe space it needs to breed – yet that is precisely what the internet, and the big companies that provide internet-based services provide,” Ms May said.

“We need to work with allies democratic governments to reach international agreements to regulate cyberspace to prevent the spread of extremist and terrorism planning.”

Already the Prime Minister has expanded internet surveillance to Orwellian levels, allowing police to snoop around in anyone’s search history, fishing for a crime.

The [Investigatory Power] Act, championed by Ms May, requires internet service providers to maintain a list of visited websites for all internet users for a year and gives intelligence agencies more powers to intercept online communications. Police can access the stored browsing history without any warrant or court order.

They want to stop the spread of “extremism”. But as we see with the Scottish police arresting a YouTuber over a joke video, and governments investigating comedians, what the government considers extreme on the internet has nothing to do with terrorists.

They can regulate the internet until the cows come home, and the only thing that will happen is innocent people will lose their rights, and get caught up in government punishment for perfectly normal free speech.

And anyway, they will probably just use their snooping powers to make sure people paid their TV license fee, and forget all about the terrorists.

So yet again, governments are selling more control as a way to keep people safe, when in reality, it threatens privacy and therefore liberty. Clearly, the British government cares more about collecting taxes than keeping the public safe.

The government is less concerned about stopping real terrorism than they are about making sure the masses won’t rebel against their failure to address real issues, and their unwillingness to stop preventing the people from protecting themselves.

But hey, who can blame May, she’s already out of ideas! After all, guns are already banned in Great Britain. And it totally worked, all these people were killed with vans, knives, and bombs, not guns.

Protect Yourself. The Government Cannot and Will Not.

Even the police are defenseless in jolly old England. They ran away from the terrorists, forcing the citizens they help keep disarmed to throw chairs and pint glasses in defense. The first officer on the scene was armed only with a baton.

“The guy with the knife was killing two people. We were shouting ‘stop, stop’ and people threw chairs at them.”

We would rather see citizens spray some hot lead towards a terrorist, but maybe we are the strange ones. And actually, some governments are responding by empowering their citizens instead of tightening the chain.

A couple of months ago, Czech President Milos Zeman made an unusual request: He urged citizens to arm themselves against a possible “super-Holocaust” carried out by Muslim terrorists.

Never mind that there are fewer than 4,000 Muslims in this country of 10 million people — gun purchases spiked. One shop owner in East Bohemia, a region in the northern center of the Czech Republic, told a local paper that people were scared of a “wave of Islamists.”

Now the country’s interior ministry is pushing a constitutional change that would let citizens use guns against terrorists. Proponents say this could save lives if an attack occurs and police are delayed or unable to make their way to the scene. To become law, Parliament must approve the proposal; they’ll vote in the coming months.

Okay, great job, but really, they need to pass a law allowing people to shoot terrorists? Natural rights dictate that when you are unjustly attacked, you should fight back.

But still, we will give the Czech Republic credit. When it comes to relatively small countries, a high rate of gun ownership is the most effective homeland defense.

It’s still not right to be paranoid about a terrorist attack or to stop going out in public because of them. The chances of being caught up in this type of thing are still very low.

But that is no reason to leave yourself defenseless. As they say, hope for the best, prepare for the worst.

Get yourself a gun or two if you haven’t already. Then buy lots of ammo, or better yet, ammo making/ reloading equipment. Then practice, and hope you never need the skill. But if history repeats itself, you will have an option other than being a helpless pleading victim.

To be even safer, get the whole community involved. Start a club. Maybe once a week you can all muster for some training and group physical training.

Get cell411, an app that allows you to connect with your friends and neighbors in case anyone needs help. Build the network of people you trust to come to your aid if you set off an alert on the app, and be ready to respond when they send out an alert. Alerts can be for general danger, medical issues, or even police brutality and illegal searches. Press a button, and your team will be alerted to respond to whatever threat.

At the end of the day, we can trust that the military will keep us safe, and we can hope that the cops show up when we need them (and hope they don’t shoot us instead of the attacker), but the only way to truly be safe is to take responsibility into your own hands.

That way, you will also have the ability to protect yourself against the truly biggest threat to life, liberty, and property, instead of relying on them to protect you.