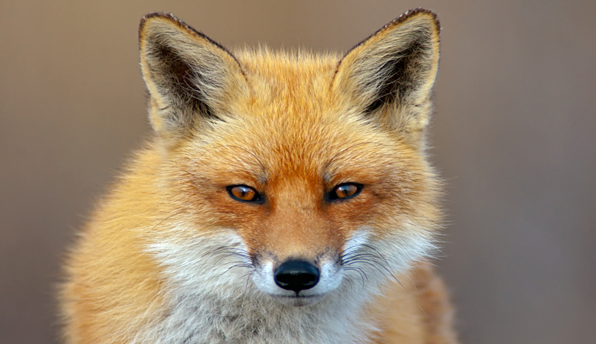 Despite stimulus, middle class still struggles … Five years ago Monday, President Barack Obama signed the signature economic proposal of his presidency, saying that the passage of the $787 billion economic stimulus package heralded the "the beginning of the end" of the Great Recession. The president told a Denver audience that he was "keeping the American Dream alive in our time." But for millions of Americans, he made things worse. It is now clear that bold White House predictions about stimulus jobs "saved and created" were just a prelude to later pledges about keeping your doctors and falling premiums. – Reuters/ Mitch McConnell

Dominant Social Theme: Government needs to move in a new direction to salvage the economy.

Free-Market Analysis: Mitch McConnell, the mild-mannered Senate minority leader, posted the above editorial at Reuters to memorialize the incompetence of the Obama administration in announcing to the world that a US$800 billion "stimulus package" would create the jobs the US needed to become prosperous again.

To be fair, McConnell has a point about the specific bill and its lack of impact. Today the US has total obligations in the area of US$200 trillion, 30 percent unemployment, 50 million on food stamps and major cities like Detroit going bankrupt.

Even the evanescent "recovery" that some have suggested the US is experiencing will probably not affect the middle class much and will eventually make things worse, as it is purely monetary-based and has little or nothing to do with industrial fundamentals.

Equally maddening has been the president's unwavering belief that an economic recovery could be engineered by Washington's central planners. It's as if he isn't aware of the cynicism engendered by a stimulus bill that seemed to have been designed not so much on the basis of real need or an empirical study of what would actually help people get back on their feet, but on ideology and political connections.

From the tens of billions that have been poured into green energy to an executive order that basically excludes non-unionized workers from major construction projects, for many Americans the stimulus looked more like political payback than a jobs bill – all compliments of the taxpayer.

Meanwhile, middle class incomes have continued to shrink, making it even harder for millions in the middle class to keep up with bills. The cost of college tuition and healthcare are rising faster than inflation, and millions of Americans have received cancellation notices from their health insurers.

Countless others now live with the worry that their new plan may not cover the doctors they know and trust. No wonder so many people now feel as if no one in Washington is looking out for them. The real tragedy here is that none of this was necessary. Republicans have always been willing to work with the president on reforms that would have broad bipartisan support, and, we believe, a far better impact on the lives and livelihoods of ordinary Americans.

Things like paring back regulations, tapping into vast domestic energy resources through projects like the Keystone XL pipeline, and putting the nation's finances on a more solid footing, just to name a few.

Sound good? One needs to remember that McConnell is thoroughly invested in the current system. His allusion to the Keystone Pipeline makes this clear.

In fact, the United States is under attack from those who want to see it merged with Mexico and Canada. Isn't McConnell aware of this? Shouldn't he as the minority leader of the Senate be aware of the effort to create an NAU?

The Huffington Post certainly was in an exhaustive article back in 2011. Here's an excerpt:

Keystone XL Pipeline Delay: Were Fears Of A 'North American Union' Behind Opposition? … Beyond the controversy over property rights lies another concern, one which may not be articulated by elected politicians in the deep-red rural Midwest, but one that appears in private conversations, in the comments sections of online articles, and on the discussion boards where grassroots conservative debate takes place.

And that fear is the North American Union. It has been a concern (some would say a conspiracy theory) of U.S. conservatives that the North American Free Trade Agreement is the thin end of the wedge to the creation of a North American Union, our very own version of the European Union, complete with mountains of technocratic regulations, soul-sucking bureacuracy and an accompanying loss of sovereignty that would make the United States a subservient element of a new, super-national entity.

…. To those worried about a North American Union, the super-highway represented a dangerous new phase of this supposed project to create a super-state from Canada, Mexico and the U.S. Enter the Keystone pipeline. As some observers have pointed out, the Keystone's route is fairly similar to the route "proposed" for the NAFTA Super-Highway.

… Simply put, the environmentalists worried about the ecological impact of the oil sands found common cause with those worried about the abuse of eminent domain, and those worried about Canada and Mexico surreptitiously taking over the United States through growing economic integration. … What happened to Keystone is as complicated, bizarre and difficult to unravel as America itself is today.

Actually, it's not bizarre at all, given the Internet Reformation and the critical information about internationalism it has delivered to tens of millions.

What is bizarre is the 100-mile deep "constitution-free zone" that the US government has implemented not just along the Canadian border but the entire US border. What is bizarre are the numerous secret treaties that the US has made with Mexico and Canada.

What is bizarre is the apparent coordination between the US and Mexico regarding health care, with Mexico declaring several years ago via presidential decree that the country was to implement a fully public health care system while Obamacare was shoved through a Democratic Congress with the same kind of alacrity.

McConnell surely is aware of the above, but he chooses to make Keystone part of a "pro-business" argument when, in fact, it may be another globalist gambit.

The mainstream GOP is as infected with the globalist virus as the Democrats. They are indeed the opposition in name only and anyway it is likely impossible for any government to realistically reduce the size Leviathan.

McConnell may criticize Obama but he has no real answers of his own. He may want to cut social programs, but surely he will support, in one way or another, an expanded military-industrial complex. And slyly, he will utilize republican rhetoric to advocate steps leading to what would seem to be a NAU.