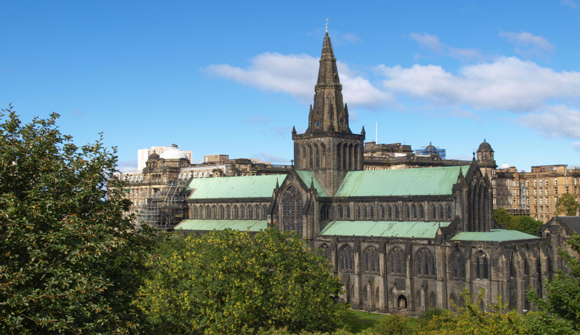 GLASGOW WINS £24 million FUTURE CITIES competition … Glasgow City Council has welcomed news that it has won a £24 million future cities competition to showcase how UK cities can grow their local economy and improve the lives of their citizens by making the most of new technologies and by integrating and connecting city systems. The Future Cities Demonstrator competition, managed and funded by the government's innovation agency, the Technology Strategy Board, saw Glasgow secure the major funding in an open competition against 30 other UK cities. Making the announcement today in Glasgow's City Chambers, David Willetts, the Minister for Universities and Science, said:"With more people than ever before living in our cities, they need to be able to provide people with a better quality of life and a thriving economy. This £24 million investment will make Glasgow a city of tomorrow, demonstrating how cities can work more efficiently with a reduced environmental impact. – GlasgowGov UK

Free-Market Analysis: Glasgow, come on down! Congratulations … not.

Sure, this rundown union municipality in Scotland is now going to receive 24 million pounds to help it convert to a smart city of the future. But this is actually a marriage of union socialism and technocratic fascism. Let us explain.

There are "smart meters." Just search for that term and "Daily Bell" and you can read what Smart Meters are REALLY intended to do and why cities are trying to install them. Hint: It has nothing to do with make residents' lives easier or less expensive.

And "smart city" is a similar euphemism. In fact, it's just a way to install advanced spy methodologies that will make middle class living even more miserable. It's like yet another miserable euphemism: Sustainability.

The top elites that are trying to create world government use such euphemisms to conceal their intentions. In the latter case, they are whittling away at the middle class through the mechanism of what they call "sustainability."

Really, there is no definition for sustainability when you look for one. Gradually you realize that by keeping the definition amorphous the concept becomes a weapon that can be used against the middle classes that wish to adopt it and support it.

By branding most middle class lifestyles unsustainable, the top power elites can weaken society until it is more malleable and controllable. This makes global governance easier to accomplish.

Smart Cities are a further elaboration on this theme. Cars can be restricted, homes monitored for power, video cameras installed throughout public and private facilities. Monitoring of people can be accomplished in a variety of ways.

The entire municipality can be further controlled and scrutinized under the justification that is being made "smarter." Here's some more from the article:

"We are in a global race and Glasgow can keep the UK at the forefront of innovative technology ideas. From transport systems to energy use and health, this demonstrator will play a key part in the Government's industrial strategy and give real insight into how our cities can be shaped in the future."

Led by Glasgow City Council in partnership with key public, private and academic organisation including the University of Strathclyde, the demonstrator project will be run over an 18 month period.

Councillor Gordon Matheson, Leader of Glasgow City Council, said: "This is a huge boost to Glasgow's ambitions to build a better future for our city and its people. This investment and the work we will be doing will put us at the forefront of innovative and smart cities not just in the UK but in Europe and beyond.

"Glasgow is a city which is constantly evolving and regenerating and we are always looking to the future.

Councillor Matheson added: "By using technology intelligently we can bring together all the different aspects of our city's life. We will be able to make Glasgow smarter, healthier, safer – helping it to continue to thrive and attract new businesses and residents.

"By linking everything from foot and vehicle traffic to council tax collection and hospital waiting lists we can ensure we are being as innovative and smart to meet the continued challenges of a modern and future city life. One practical result will be a Glasgow smartphone app which will allow members of the public to also interact with the new technology."

Note the last paragraph. The modern Western paradigm is that government is a helpful adjunct to civil society. But this legacy is hardly a viable one. Modern cities – modern society generally – has been reshaped to aggressively establish the global governance long sought by the powers-that-be.

Within this context, the middle and lower classes of large municipalities are seen, unfortunately, as a hindrance. They are to be cultivated, managed and – unfortunately, if the literature is accurate – eventually winnowed. Smart City technology helps further these goals.

Does anyone who is experiencing the aggressive governmental violence of 21st century Western bureaucracy really believe that "by linking everything from foot and vehicle traffic to council tax collection and hospital waiting lists" Glasgow's bureaucracy really has the best interests of its citizens at heart?

Ask the Greeks and Spanish youth how they feel about that.

It is unfortunate but true that these advanced systems will notably result in more monitoring, more taxation – and more civil harassment – of honest, law-abiding citizens. This is the trend of the 21st century as the power elite takes aim once again at the middle classes that stand in the way of its world-spanning dreams.

Have they forgotten there is "no such thing as a free lunch"?