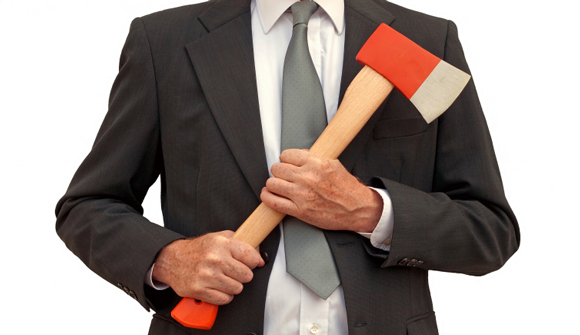 Congressional leaders hammer out deal to allow pension plans to cut retiree benefits … The measure would alter 40 years of federal law and could affect millions of workers. A measure that would for the first time allow the benefits of current retirees to be severely cut is set to be attached to a massive spending bill, part of an effort to save some of the nation's most distressed pension plans. – Washington Post

Dominant Social Theme: It is necessary to cut people's benefits so that the state does not become insolvent.

Free-Market Analysis: This is huge news, and it's definitely launched in a big way on the mainstream media.

As of this writing, the situation is still in flux but from what we've read this legislation is taking place. Even if it doesn't happen this time, it's part of a trend that will reoccur.

Yes, it is a really – really – big story. People's savings and retirement benefits have been decimated by price and monetary inflation. They've lost their jobs and been forced out of their homes. And now the federal government is directly attacking pensions.

This has been foretold by many involved in the alternative 'Net media that has insisted the current monopoly fiat money system is an invitation to insolvency. We've watched the mainstream media ignore these warnings, preferring instead to provide justifications for the current central-banking economy.

And if the system does go down, as it is now beginning to, the coverage will not mention the reality of elegant (Austrian) critiques. Instead, there will be justifications offered, of course.

We will be told that inflation is the result of "wage push" and that it is people's greed that caused government to overspend – resulting in the necessity for pension cutbacks.

Those who have reported on the coming crack-up have been relentlessly marginalized and mocked by the mainstream media. And now that those predictions are coming true, the sanctimonious critics of the alternative media will come up with a host of new justifications for why the current system is failing.

The truth is not a currency here. Only endless obfuscations designed to hide the truth.

The rule would alter 40 years of federal law and could affect millions of workers, many of them part of a shrinking corps of middle-income employees in businesses such as trucking, construction and supermarkets.

The measure is now before the House Rules Committee and is likely to be moved as an amendment to a massive $1.01 trillion spending bill, perhaps by late Wednesday. It is expected to pass the Senate by Thursday.

If passed, the change would apply to multi-employer pensions, where a group of businesses in the same industry join forces with unions to provide pension coverage for employees. The plans cover some 10 million U.S. workers.

Overall, there are about 1,400 multi-employer plans, many of which remain in good fiscal health and would be untouched by the deal. But several dozen have failed, and several other large ones are staggering toward insolvency.

As many as 200 multiemployer plans covering 1.5 million workers are in danger of running out of money over the next two decades. Half of those are thought to be in such bad shape that they could seek pension reductions for retirees in the near future.

"We have to do something to allow these plans to make the corrections and adjustments they need to keep these plans viable," said Rep. George Miller (D-Calif.), who along with Rep. John Kline (R-Minn.) led efforts to hammer out a deal.

But the measure in Congress is also outraging retirement security advocates, who argue that allowing cuts to plans paves the way to trims for other retirees later..

This is entirely true and it is just what will happen. Europe used to be a place celebrated for its generous benefits, but now those same benefits are decimated by "austerity."

One can argue, of course, that austerity is actually a false choice within the context of monopoly money printing. But over time, such systems as the ones now in use the world over always subside, usually with a good deal of pain. History shows us that governments – having achieved money monopolies – inevitably debase currency until it is worthless.

There are stages that nation-states and empires go through as part of this process. First, taxes are hiked and made more onerous. Then money printing increases and the currency is more rapidly debased. Finally, or simultaneously, state benefits are cut and even necessary services are eventually abandoned.

All this is predictable. And yet, as mentioned above, the potential for these results have been downplayed in the mainstream media. After all, central bank money printing is the engine of this sort of debasement but those benefiting from central banking will protect it at all costs.

Now that the next inevitable stage has been reached, we expect to hear and read yet more obfuscation. History is clear about what happens to societies that move away from market-based money but these lessons have been discarded and are not taught.

Instead, we are left with the bemoaning of the elderly, shocked and depressed by the government's sudden onslaught.

"We thought our pension was secure," said Whitlow Wyatt, a retired trucker who lives in Washington Court House, a small city in central Ohio. "That was always the word. Now they are changing that."

… Many retirees feel betrayed. "I never dreamed they would pull the rug out from under us," said Greg Smith, 66, a retired shipping clerk who retired in 2011 with a $3,000-a-month pension after 42 years on the job. "I actually retired because I was worried about them cutting pensions. I thought I would be grandfathered in with protections. But I guess not."

No doubt for Smith and others the reality is a good deal more shocking than their initial suspicions. It is hard for people to grasp that an economy the size of the West's is fatally flawed by a lack of monetary competition and by ruinous central banking model.

People still do not understand that hard assets are often preferable to government "insurance" and that increasingly, their savings are not secured in banks or even in the stock market.

One can take advantage of all sorts of investments within the context of overarching knowledge about how rickety the system really is. But one needs to keep the dangers well in mind – and to realize that over time fiat currency will do nothing but erode.

Buy gold and silver, purchase shares in agrarian communities at home and abroad, try to buy farms or to settle in secure communities with likeminded people. If you invest in markets, allocate and hedge with as much professional discipline as possible.

Above all, realize that Western nations are moving gradually or quickly toward some level of insolvency. Don't take your future for granted and don't trust even the most solid-seeming promises of solvency.

Your future is in your hands. You need to understand the currents of history and learn to swim in even the most violent waters.