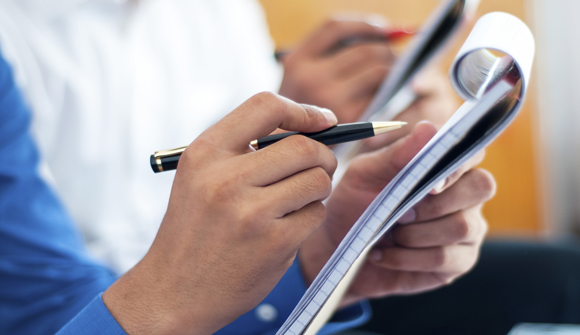 How Social Security and Medicare just got stronger … The new federal budget bill President Obama signed into law earlier this week makes some crucial fixes aimed at strengthening the finances of Social Security and Medicare. While some people will receive reduced benefits with these changes, everyone wins when these programs are put on a sounder footing and obvious flaws are remedied. – CBSNews

Free-Market Analysis: Let's examine recent Social Security changes as reported in both the alternative and mainstream media. Will the results shed further light on why establishment reporting continues to lose readers and credibility? We'll provide our opinion in the conclusion.

The first report is from CBS news (see above excerpt). Below is the interpretation of Sovereign Man's Simon Black. The point of the CBS article is that changes just made to Social Security (and Medicare) will keep the programs strong and vital.

Thus, the emphasis of the CBS report is not the precariousness of Social Security but the decisive action that Congress took to repair its finances. The CBS article is firmly positioned in this manner.

The article goes on to explain that the "loopholes" were created in 2000 as incentives for workers to work longer. Instead, couples were taking advantage of the law to raise lifetime payouts.

We can see from the above that the article is reassuring and presents Congressional actions positively. The idea is that Congress knew what was necessary to make SS in particular solvent again and did so with confidence and competence. "It's encouraging they were made without being held hostage by other political initiatives," the article explains.

The article points out that people should not be surprised that SS "needed fixing." In fact, we are told that lawmakers are very vigilant when it comes to how "benefit changes and tax increases" might have a positive impact on SS finances. In this way lawmakers generate a "menu" of methods to increase SS solvency at any given time.

Finally, the article reminds us that that the "loopholes that were closed benefited "affluent" retirees but will save billions. Optimistically, we learn, this formula may be applied going forward, as Congress intends to reduce benefits and raise taxes "on those seen as capable of paying for an improved Social Security system."

In reviewing the above, one has to be impressed with how the Congressional changes are approached. There is no doubt from the article that Congress has reduced SS benefits and raised taxes, but this is seen as a positive because the people being targeted are those that can afford it. And as a result, SS is strengthened for everyone.

Not surprisingly, there are different interpretations about what Congress has done. Simon Black, the libertarian publisher of Sovereign Man, recently posted a column on the changes in SS that provides an entirely different point of view.

On August 14, 1935, President Franklin Roosevelt arrived at his desk to sign the Social Security Act into law. … Just before signing it, he proudly proclaimed that the law would go down in history "as a protection to future administrations of the Government against the necessity of going deeply into debt to furnish relief to the needy."

Needless to say, that didn't happen. Quite the opposite, actually. Just like most western governments, the US government has gone deeply into debt to fund its social insurance programs. Officially, the US government is now $18.5 trillion in debt, and Social Security is the biggest financial sinkhole in America.

Social Security's various trust funds currently hold about $2.7 trillion in total assets; yet the government itself estimates the program's liabilities to exceed $40 trillion. And Social Security's second biggest trust fund, the Disability Insurance fund, will be fully depleted in a matter of weeks.

Simon Black reinforces his perspective by reporting other facts regarding SS. He has taken the time to examine the 2015 report of the Social Security and Medicare Board of Trustees and quotes them as follows: "Social Security as a whole as well as Medicare cannot sustain projected long-run program costs… [and the public should be given] adequate time to prepare."

Wow, indeed. The CBS article went out of its way to reassure us that the changes being made by Congress would result in a healthier and stronger system. But this statement in writing by trustees seems to indicate the opposite – that SS is in trouble and will not be able to fulfill current obligations.

Simon points out that the Board of Trustees are not "wackos" but include the Treasury Secretary of the United States, the Secretary of Health and Human Services, the Secretary of Labor and others. "These are the folks who sign their name to the report saying that Social Security is going bust," he adds.

He then points out that, "The US Government Accountability Office recently released a report showing that tens of millions of Americans haven't saved a penny for retirement; and roughly half of Baby Boomers have zero retirement savings."

This broadens Black's reporting considerably and adds to our frame of reference regarding US retirement and its changes. Thanks to the additional information, we can see the lack of personal savings plus continual SS defunding will leave tens of millions in what might be described as penury.

Simon Black concludes that many living now will have to prepare to "fend for themselves." And he makes the point that, "Financial literacy is absolutely critical here, which includes the ability to both generate income and manage money, two things that aren't taught in the government controlled education system."

What's the verdict? For us it's obvious. Black's perspective aligns with ours, and we find his analysis a good deal more persuasive and meaningful than the CBS report.

One might come away from the CBS article feeling uplifted and encouraged that Congress is capable of solving even the biggest challenges. But we find Black's approach a good deal more substantial.

Once one understands reality – no matter how grim – one can begin to plan realistically for the future. He concludes: "Ultimately, learning to rely on yourself is no easy task, but it is an incredible opportunity to become more free. And … you will be the one in control of your own fate."

You may have a different opinion, but from our point of view, Black's article is clearly more informative. Of course, we must admit we're biased. Here at The Daily Bell, you'll certainly find information that will provide you with the "opportunity to become more free." That's our goal, too.