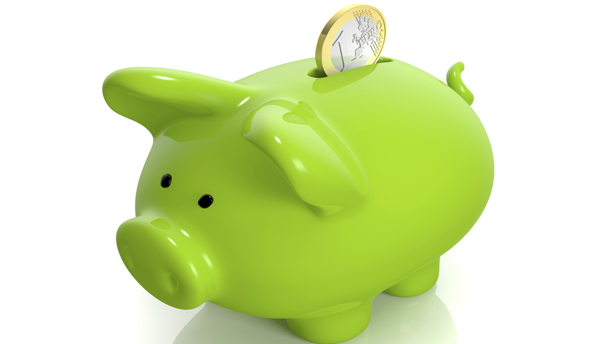 In the year 1348, after more than a decade of war with France, King Edward III of England noticed that many knights who returned home from the front lines had become completely impoverished.

The war had taken a massive financial toll on Edward’s men. Some of them had been captured in battle and forced to sell all of their property in order to ransom themselves. Others had become grievously wounded, and their permanent disabilities prevented them from earning a living.

So the King created a special foundation to care for some of these men, who became known as the ‘Poor Knights’.

Those who were admitted into the foundation received an annual pension of 40 shillings, worth roughly $3,000 in today’s money, plus free room and board at the College of St. George.

It was a nice idea. But naturally it didn’t take long for Edward’s pension fund to become mismanaged.

The pension fund was in such dire financial straits, in fact, that it was typically only able to provide for three ‘poor knights’ at a time.

Eventually– and I’m talking hundreds of years later– the pension was ultimately restructured (i.e. bailed out) by King Henry VIII, and later by his daughter Queen Elizabeth I.

Financial mismanagement and bailouts have been the common fate of pension funds throughout history.

Emperor Augustus of the Roman Empire, for example, established a retirement fund for his legionnaires called the Aerarium militare. But subsequent emperors couldn’t resist dipping into the fund to pay for their lavish lifestyles and pet projects. So the aerarium ultimately went bust.

Today pension funds around the world are in a similar position– and this is not a controversial statement. Even the OECD acknowledges that the worldwide ‘funding gap’ of public and private pensions runs into the tens of trillions of dollars.

To put this figure in context, the United Nations projects that adaption costs from climate change will run approximately $10 trillion over the next thirty years.

Furthermore, the Institute of International Finance estimates that COVID-19 has cost the world a whopping $24 trillion.

And yet, according to the US government’s own financial report, the long-term unfunded pension liability JUST for Social Security is $55.9 trillion– more than the cost of climate change and Covid-19 COMBINED.

I bring up the examples of Covid and climate change because they’re two of the most vocalized issues in the world right now. Everyone is screaming about masks, vaccines, and the environment.

Yet hardly a word is uttered anymore about the pension crisis, even though, at least from an economic perspective, it completely dwarfs the other issues.

It also keeps getting worse.

Inflation, for example, is an enormous problem for Social Security.

Even before the pandemic, Social Security’s key trust fund was projected to run out of money by the early 2030s.

But last year’s Covid lockdowns meant that millions fewer people were employed and paying in to the Social Security system; that means a LOT less revenue for the program.

And now with inflation surging, Social Security has to make Cost of Living adjustments and increase the monthly benefits to its tens of millions of recipients.

These are pretty much the worst possible conditions for the long-term health of Social Security. And it means that the trust fund will likely run out of money even sooner than projected.

In other words, the trust funds’ projections are based on certain macroeconomic assumptions. And the administrators assumed that the inflation rate would be 2.4%.

Actual inflation is now 5.4% (according to the US Labor Department). And the long-term rate of inflation over the last 50 years has averaged 3.9%.

Here’s another one: Social Security assumes that the real interest rate on its investments (i.e. the amount of money it earns AFTER inflation) will be 2.3%.

Wrong again! The actual real rate of return they’re earning is now MINUS 3.9%. And the rate has been negative for YEARS.

So, some of the most critical assumptions that drive Social Security’s long-term projections are completely wrong… meaning that the reality is probably worse than even they believe it to be.

And remember, they were already projecting that Social Security’s primary trust fund will run out of money in the early 2030s, just over a decade away.

There’s an even longer term problem with Social Security, though.

The birth rate of the United States has been in steady decline since the late 1980s. And for the last several years it has continued to hit fresh record lows.

This isn’t so much a problem now. But it creates an enormous problem 20-30 years from now.

A low birth rate means that there aren’t enough people being born who, decades from now, will be in the work force paying into the system.

Social Security needs a steady, growing work force, with an average of 3 workers paying into the system to support 1 retiree receiving benefits.

This is known as the worker-to-retiree ratio, and Social Security tracks this very closely.

3:1 is the break even level. It’s been well below that level for years, and is continuing to trend lower due to America’s declining birth rate.

And that doesn’t even take into consideration all the millions of jobs that will be lost in the coming decades due to automation, AI, and robotics.

The conclusions here are pretty obvious:

1) This problem is objectively enormous.

Public pensions around the world, from the US to Europe to Japan, are in deep financial trouble. And even private pensions are underfunded. The financial size of the problem completely dwarfs the other major issues of the day.

2) Tax hikes are inevitable, especially in the US.

The US right now is trying to model itself on the European welfare state. Well, payroll tax rates (i.e. taxes which fund public pensions) in places like France, Austria, Germany, etc. are DOUBLE what they are in the US.

So absolutely expect payroll tax rates in the Land of the Free to increase dramatically.

3) You have to take matters into your own hands.

The government isn’t going to fix this; they’ll continue to ignore the problem and make false promises because that’s the politically expedient thing to do.

There are plenty of solutions, but the bottom line is that you’ll have to set aside more money for retirement.

Use the tools at your disposal. Consider setting up, for example, a more robust, tax efficient retirement structure for qualifying income, like a solo 401(k).

This allows you to set aside more than $60,000 per year if you’re over the age of 50. Plus you’ll have more choices in the types of investments and speculations you can make, like real estate, cryptocurrency, royalties, and more.

No matter the structure, there’s hardly any downside in making sure that you have more money set aside for your retirement.