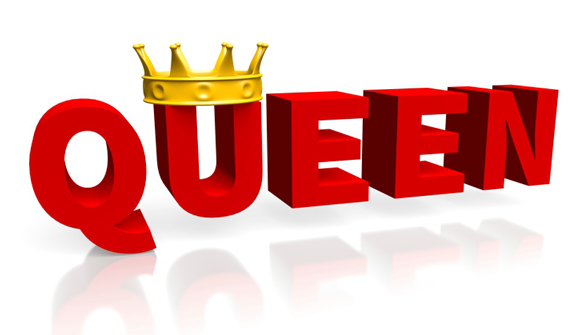 STAFF NEWS & ANALYSIS
Some May Want Merkel to Be the Euro-Queen, But That Seems Problematic
By Staff News & Analysis - January 08, 2015

Germany's Angela Merkel needs a dressing down, not the red carpet treatment… Angela Merkel, who visits Britain this week, is a huge success in Germany, but in Europe she is a destructive failure who is damaging her own country as much as others … – UK Telegraph

Dominant Social Theme: Angela Merkel is a leader who can deliver.

Free-Market Analysis: This article is a good example of an EU "leadership" meme. This is actually two themes in one.

The first, oft promoted meme is that the EU has devolved into Germany's back yard. It is Germany's union to run as it wishes. The second meme is that leaders like Ms. Merkel can make a difference. She is important because she is necessary.

Is that so? More:

Her successes and popularity within German borders are manifest. Yet it is her supposed ability to deliver favours within the wider European context, rather than her many admirable qualities, that explains much of the deference the British government displays to this de facto, if somewhat reluctant, European monarch.

If there is anyone who can engineer the new relationship with the European Union that David Cameron demands, it is the German Chancellor. And it is for her own country's sake, rather than as a favour to Britain, that she needs to deliver; for in truth, the benefit to Germany of British participation in the European Union is substantially greater than any economic positives the UK derives from it.

… The UK has long been far and away Germany's largest European export market. Since the onset of the eurozone crisis, German reliance on British export markets has become bigger still. Amid the general wreckage of the European economy, it sometimes seems that Britain is indeed the only decent source of demand left.

… Britain cannot forever keep supporting European demand through credit-fuelled monetary and fiscal stimulus. Nor can Germany indefinitely keep clocking up charges against its main export markets. Eventually debtors will find a way of defaulting, or otherwise escaping their obligations. In the meantime, Britain grows, providing Germany with abundant export markets, even as Europe languishes.

… Germany has increased its surpluses with other euro area countries even as demand has plummeted. Monetary union has lost any justification it might once have had if even in the depression-like conditions that exist in Spain it is still not possible to have a balanced current account with Germany.

This graf tells us "monetary union has lost any justification it might once have had" – and yet we would tend to believe that the EU was manufactured to create crises that led to its deepening and broadening.

We've pointed out numerous times that EU leaders have said as much. The monetary union itself was constructed with rigidities that would lead to successive crises.

In this case, there is a singular sovereign crisis that has gone on and on, shrinking southern economies and drying up employment from year to year.

Nothing the EU has done has lifted these economies and the result is that tens of millions of Europeans surely want the euro banished and even the revocation of the EU itself.

Within this context, cries for "leadership" from Ms. Merkel make little sense. She is not powerful because she is not the architect of the EU or the euro, and she does not hold the key to its success.

Just because Germany has a big economy doesn't mean that Merkel is uncrowned royalty. Her word is not law, not even in Germany.

In fact, this article proposes otherwise. It makes the singular point that there is "no one else to cure Europe of its sickness but you." This is its last line … but what is Merkel to do?

Rightly, Germans insisted on certain language binding Germany and other countries together within the eurozone. The European Central Bank cannot merely inflate at will, sapping Germany's savings and debasing the euro itself so that Germany ends up paying for southern problems.

Short of either abrogating treaties or forcing new laws through Germany, there doesn't seem to be much Merkel can accomplish to convince her countrymen that German debasement is patriotic and necessary.

The German constitutional court has already signaled that Draghi's planned QE is likely not going to be seen as legal by Germany. It will be interesting – if disturbing – to see how all this plays out.

It is not Germany or Merkel who are in charge of what is unfolding; it is the German people, operating under due process. They are not seeking to change the law; Europe's elite bureaucrats are attempting to do so.

One way to try to change the law is to insist on the primacy of "leaders." If leaders are more important than the law, then the law can be changed by them. That is one reason to propagate the meme of Merkel's all-important leadership.

But simply saying that Merkel is a leader with Napoleonic powers to do what she wishes is not the same as imbuing Merkel with the actual authority. She is a politician at the head of a country in crisis. But insisting it is "her" country and that because she is a leader she has authority above-and-beyond what she actually possesses doesn't make much sense.

Perhaps in a pre-Internet era where people were not so aware of various political manipulations and the intricacies of treaties that bound them to others, Merkel could have been imbued with more authority via some sort of proclamation. But that doesn't seem to be working today.

The idea that the euro and the EU could be slyly expanded in contravention of what has already been decided doesn't seem to be evolving as planned. Maybe it is one more 20th century strategy that is foundering in the 21st.