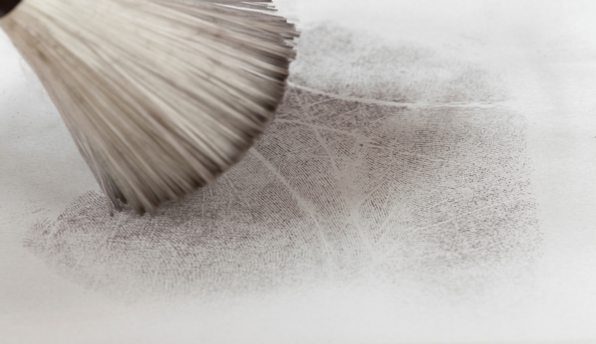 Billionaire philanthropist George Soros hopes the U.S. goes to pot, and he is using his money to drive it there. With a cadre of like-minded, wealthy donors, Mr. Soros is dominating the pro-legalization side of the marijuana debate by funding grass-roots initiatives that begin in New York City and end up affecting local politics elsewhere. Through a network of nonprofit groups, Mr. Soros has spent at least $80 million on the legalization effort since 1994, when he diverted a portion of his foundation's funds to organizations exploring alternative drug policies, according to tax filings. His spending has been supplemented by Peter B. Lewis, the late chairman of Progressive Insurance Co. and an unabashed pot smoker who channeled more than $40 million to influence local debates, according to the National Organization for the Reform of Marijuana Laws. – Washington Times

Free-Market Analysis: We have argued in these pages that the legalization of marijuana is inevitable because the power elite supports it.

Here comes an article right on time about George Soros and his determination to invest in "legalization" rather than incarceration.

Granted, Soros has been agitating for the legalization of marijuana for a long time, but his presence in the debate is still noteworthy.

Soros is evidently and obviously a spokesperson for the power elite. Soros was a big backer of Occupy Wall Street. The idea of OWS was to blame wealthy people and the financial industry for the difficulties caused by a handful of super-rich trillionaires who apparently control monopoly central banking via the BIS, etc.

It is monopoly central banking and corporate personhood that plague today's Western economies, not a broad cross-section of millionaires who have no clout when it comes to developing or changing the system.

But it is the same trillionaires who apparently launched OWS – with Soros as their point person – to ensure that normal folk would blame the wrong facilities and players. OWS was a kind of "bait-and-switch."

Now, for one reason or another, Soros and the rest of the globalist crowd have decided on marijuana legalization. Here's more:

The two billionaires' funding has been unmatched by anyone on the other side of the debate. Mr. Soros makes his donations through the Drug Policy Alliance, a nonprofit he funds with roughly $4 million in annual contributions from his Foundation to Promote an Open Society.

Mr. Soros also donates annually to the American Civil Liberties Union, which in turn funds marijuana legalization efforts, and he has given periodically to the Marijuana Policy Project, which funds state ballot measures.

Lewis, who died in November, donated to legalization efforts in his name and through the ACLU and the Marijuana Policy Project, on which he served as the chairman of the board. Lewis' estate declined to comment for this article.

"The pro-legalization movement hasn't come from a groundswell of the people. A great deal of its funding and fraud has been perpetrated by George Soros and then promoted by celebrities," said John Walters, director of the White House Office of National Drug Control Policy under George W. Bush. "The truth is under attack, and it's an absolutely dangerous direction for this country to be going in."

Mr. Soros' Open Society Foundations have annual assets of more than $3.5 billion, a pool from which he can dole out grants to pet projects, according to 2011 tax returns, the most recent on file for his charitable organizations. David and Charles Koch, the billionaire brothers who often are cited for their conservative influence, had $308 million tied up in their foundation and institute in 2011. Mr. Soros did not respond to a request to be interviewed.

In his book "Soros on Soros: Staying Ahead of the Curve," he said the U.S. policy of criminalizing drug use rather than treating it as a medical problem is so ill-conceived that "the remedy is often worse than the disease." Although Mr. Soros didn't outline an alternative in his book, he wrote that he could imagine legalizing some of the less-harmful drugs and directing the money saved from the criminal justice system to treatment. … I'd much rather invest in effective education than ineffective arrest and incarceration."

The most interesting line in the above excerpt comes from Walters, as follows: "The pro-legalization movement hasn't come from a groundswell of the people. A great deal of its funding and fraud has been perpetrated by George Soros and then promoted by celebrities."

This is a pertinent statement not only because it describes Soros's methodology but because it generally describes how elite dominant social themes are propagated.

Walters worked for the Bush administration – and that administration pursued two fraudulent wars using the same sort of manipulations. False flags were concocted and the United Nations rather than Hollywood was used to create credibility.

But it amounts to the same thing: Directed history. Create a pretext for legislation, blow it up in the mainstream media and then pass a law. At this point, it doesn't even matter if the manipulation is credible. (More and more it is not.)

It is the Internet Reformation itself that has undermined the power elite's ability to create believable propaganda. From the war on terror to "climate change" to monopoly central banking, people simply don't believe what they are being told anymore.

As we have long predicted, the parade of abusive promotion in service of globalist memes has begun to take its toll on government itself. And the last domino to fall will be the "justice system."

When the power elite is confronted by a lack of credibility regarding governance and justice, the building blocks of the modern state will begin to crumble in earnest.

In the meantime, by watching the actions of a small group of people like Soros, we can easily come to conclusions about what the modern power elite is promoting and why.

It is the reason we were so confident to begin with that the emergent legalization of marijuana was not an isolated incident but yet another internationalist meme.

We could see it right away, based on publicity it was getting and the political movement around the world. The fingerprints of directed history were all over the marijuana meme.

You too can track and evaluate directed history. Aggregation on the Internet makes it easy.