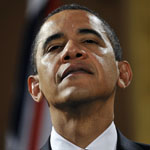 If the G20 meeting of world leaders this week results in nothing but more hot air, billionaire George Soros says all bets are off – the global economy is heading for a huge meltdown. "That could push the world into depression. It's really a make-or-break occasion. That's why it's so important. The chances of a depression are quite high – even if that is averted, the recession will last a long time. Look, we are not going back to where we came from. In that sense it's going to last forever." While most investors are worried about the sorry state of the global markets, Soros finds the economic gloom-and-doom "exhilarating," and reckons a full-blown depression is inevitable. "I have to admit that actually I flourish, I'm more stimulated by the bust," Soros said in an interview with the Times of London. "On the one hand, there's the tremendous human suffering, which is very distressing. On the other hand, to be able to handle the situation is exhilarating." This recession, Soros said, is a "once-in-a-lifetime event," particularly in Britain and the United States. – Money News

Free-Market Analysis: George Soros sees the G20 meeting as a last gasp. Why are we not surprised? Soros never met a government conclave that he did not want to support, or not in the latter stages of his career anyway. And Soros, who is worth billions, has plenty of credibility. He is accurate about the markets, so shouldn't he know whereof he speaks?

If George says that the G20 is the last best hope of the global economy, then it must be, right? Let us peer a little deeper and examine what Hollywood calls "the back story." Maybe we will find some information not immediately obvious on first glance.

Let us, like the Ghost of Christmas Past, travel back in time to gaze with wonder at a young George Soros being tutored at the London School of Economics by no less a free-market genius than FA Hayek himself. Yes, correct, Soros' mentor Karl Popper was best friends with Hayek, the great apprentice of the greatest of all free-market economists, Ludwig von Mises. Soros was thus well aware of Hayek from an early age, and aware of the Austrian School itself (and Mises, etc.), the great free-market, gold-based school of economics.

And what did George Soros do when he graduated? Well, he didn't apply Popper's somewhat incomprehensible theories. Heck, no. The secret to Soros' great success, as he progressed throughout his career was very obviously the application of free-market business cycle economics to currency trading. It is quite clear as you look at Soros' trading career that he makes most of his money when the business cycle is heading down — and that he understands paper-money business cycles — and their propensity to crash and burn — as well as anyone. He has literally made billions from his insights — both now and in the 1990s, when he made his controversial and tremendously profitable bets against the British pound.

In fact he made so much money — and hurt the pound so badly — that he was apparently called in for a special audience with the Queen of England. (This is more than a decade ago now.) We would have liked to be a fly on the wall for that one! It must have been a royal version of "scared straight." For immediately, upon removal from the Queen's gaze, Soros began a career of intense governmental activism, suggesting over and over (and funding his newfound beliefs) that the only way to create a stable society was through intense, governmental regulatory activism.

Riddles within riddles. At this time, and even earlier, Soros was the author of several absolutely incomprehensible books that attempted to explain his trading strategy in the most arcane and incomprehensible way possible. He made his former mentor Popper look positively simplistic, a very hard thing. But Soros himself is not so hard to figure out – if you examine his background, his free-market knowledge base and examine his trading strategies.

He is one of the best free-market traders of all time. And again, with this downturn, he has made literally billions, betting against various currencies. Sooner or later we think he will bet against the US dollar and go out in a blaze of glory having made billions more in a fortnight. Yes, George is surely energized and "exhilarated" as he says. It is his time once again, free-market trader that he is. He is in his glory because he is trading against a business cycle that is at its most accommodating for his style of money-making.

But you will not learn that from George Soros!

Read his books and you will come away shaking your head and wondering how the guy ever made a dime. Read his political manifestos about the necessity for an activist global government and you will, if you are a free-market thinker, wonder if he understands anything about economies at all. He is all "paper money" all of the time in his public belief structure. But his trading strategies betray an acute understanding of fiat money, of precious metals and the weaknesses of the current Western monetary system.

So the key to Soros is to understand that more than almost anyone, he successfully applies free-market business-cycle analysis (top down, obviously) to currency trading and makes and wins his biggest bets when inflation and fiat-money destructiveness are at their peak.

He is a fascinating man, this George Soros. He dissembles insofar as his trading techniques are concerned (they are straight out of Hayek and Mises, though he pretends otherwise) and the powers-that-be apparently scared him so much after his victories over the pound that he set up a series of non-profits to support global government. You know, she scares us, too. We wonder what she told him.

Now you know a little more about free-market thinker George Soros, who made his many billions by applying Austrian business-cycle analysis to the marketplace. (Maybe you don't believe us — OK, go investigate his background yourself; we think if you have an open mind you will come to conclusions similar to ours.) Like many powerful men, he hides behind obfuscation and his profit-making methods are other than he represents them to be. What are we to do with such clever men who understand the truth but are so circumspect and fearful that they will not speak it?