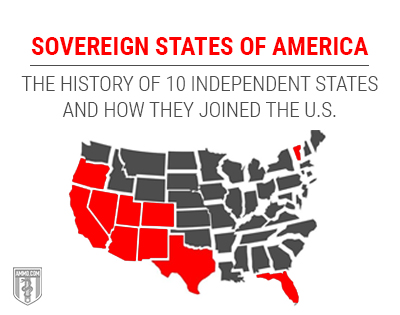 More than just the theoretic sovereignty of the individual states, the territory now comprising the U.S. has a rich history of sovereign states outside the control of the federal government. Some of these you’ve almost certainly heard of, but a lot of them are quite obscure. Each points toward a potential American secession of the future.

Current Territory: The State of Vermont

The earliest sovereign state in North America after the Revolution was the Vermont Republic, also known as the Green Mountain Republic or the Republic of New Connecticut. The Republic was known by the United States as “the New Hampshire Grants” and was not recognized by the Continental Congress. The people of the Vermont Republic contacted the British government about union with Quebec, which was accepted on generous terms. They ultimately declined union with Quebec after the end of the Revolutionary War, during which they were involved in the Battle of Bennington, and the territory was accepted into the Union as the 14th state – the first after the original 13.

The country had its own postal system and coinage, known as Vermont coppers. These bore the inscription “Stella quarta decima,” meaning “the 14th star” in Latin. They were originally known as “New Connecticut” because Connecticut’s Continental representative also represented Vermont Republic’s interests at Congress. However, the name was changed to Vermont, meaning “Green Mountains” in French.

Their constitution was primarily concerned with securing independence from the State of New York. Indeed, the state was known as “the Reluctant Republic” because they wanted admission to the Union separate from New York, Connecticut and New Hampshire – not a republic fully independent of the new United States. The genesis of the issue lay with the Crown deciding that New Hampshire could not grant land in Vermont, declaring that it belonged to New York. New York maintained this position into the early years of the United States, putting Vermont in the position of trying to chart a course of independence between two major powers.

In 1791, the Republic was admitted to the Union as the 14th state, in part as a counterweight to the slave state Kentucky. The 1793 state constitution differs little from the constitution of the Republic. The gun laws of Vermont, including what is now known as “Constitutional Carry,” are in fact laws (or lack thereof) dating back to the days of the Green Mountain Republic. The constitution likewise included provisions outlawing adult slavery and enfranchising all adult men. 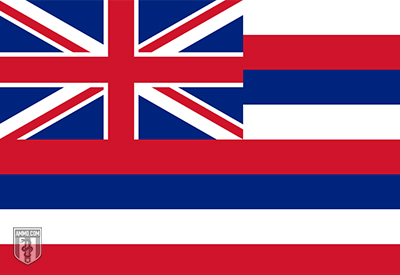 Current Territory: The State of Hawaii and the Johnston Atoll

Hawai’i as a sovereign state is almost as old as the United States itself. Its origins were in the conquest of the Hawai’ian island. Western advisors (and weaponry) played a role in the consolidation of several islands into a single kingdom under Kamehameha the Great, who conquered the islands over a period of 15 years. This marked the end of ancient Hawai’i and traditional Hawai’an government. Hawai’i was now a monarchy in the style of its European counterparts. It was also subject to the meddling of great powers France and Britain, in the same manner of smaller European states.

The Kingdom was overthrown on January 17, 1893, starting with a coup d’état against Queen Liliʻuokalani. The rebellion started on Oahu, was comprised entirely of non-Hawai’ians, and resulted in the Provisional Government of Hawaii. The goal was, in the manner of other states on our list, quick annexation by the United States. President Benjamin Harrison negotiated a treaty to this end, but anti-imperialist President Grover Cleveland withdrew from it. The failure of annexation led to the establishment of the Republic of Hawaii on July 4, 1894.

In 1895, the Wilcox rebellion, led by native Hawai’ian Robert William Wilcox, attempted to restore the Kingdom of Hawai’i. The rebellion was unsuccessful and the last queen, Liliuokalani, was put on trial for misprision of treason. While convicted, her prison term was nominal. She was sentenced to “hard labor,” but served it in her own bedroom and was eventually granted a passport to travel to the United States, which she used to extensively lobby against annexation.

When pro-imperialist President William McKinley won election in 1896, the writing was on the wall. The Spanish-American War began in April 1898, with the Republic of Hawaii declaring neutrality, but weighing in heavily on the side of the United States in practice. Both houses of Congress approved annexation on July 4, 1898, and William McKinley signed the bill on July 7th. The stars and stripes were raised over the island on August 12, 1898. And by April 30, 1900, it was incorporated as the Territory of Hawaii. 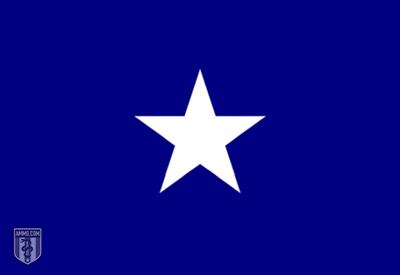 The Republic of West Florida, now a part of Eastern Louisiana, was a short-lived republic resulting from the complicated and competing claims as to where the boundary between the French-controlled area of Louisiana and the Spanish-controlled territory of Florida actually sat. Great Britain also had a competing claim, which it ceded to Spain at the end of the Revolutionary War.

The overlapping claims are so complicated, that repeating them does little save for muddying the waters. The important fact is that there was an influx of Americans into the region in the early years of the 19th Century. Some of these were Loyalists fleeing the United States, but for the most part it was just Americans seeking what most Americans were at that time – land. This, plus the imprecise nature of international boundaries, led to an escalating series of military engagements between the United States on the one hand, and Britain and Spain on the other.

Everything ultimately came to a head in 1810. Secret meetings conspired against Spanish authorities. Three conventions for an independent republic were held in the open. Independence was declared and a capital organized at St. Francisville. On September 23, 1810, armed independence forces stormed Fort Carlos in Baton Rouge, killing two Spanish soldiers. There was a single battle, but it was decisive – The Republic of West Florida was a reality. The flag, on which the later Bonnie Blue Flag of Southern Secessionists was based, was flying freely.

President James Madison saw this as an opportunity: He could annex the district, securing territory the United States had its eyes on for years. Technically, Madison was not authorized to use American military forces in the region without Congressional approval. What’s more, Congress was not in session to provide such approval. But Madison acted anyway, and while there were certainly complaints, none of them amounted to much.

On October 27, 1810, President Madison stated that “possession should be taken” and dispatched Orleans Territory Governor William C. C. Claiborne to do so. The capital city of St. Francisville surrendered to the United States Army on December 6th, while Baton Rouge fell four days later. The primary objection to annexation from West Floridians is that they sought admission as a separate state, or at least wanted to see their elected officials incorporated into the power structure. This led to rebels once again raising the Republic’s flag on March 11, 1811, with Governor Claiborne dispatching troops. Spain did not drop their claim until American annexation of Florida in 1819.