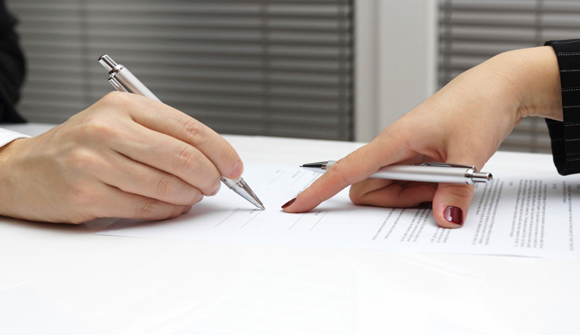 S&P settles suits over crisis-era mortgage ratings … Credit-rating firm Standard & Poor's will pay $1.5 billion to resolve a collection of lawsuits over its ratings on mortgage securities that soured in the run-up to the 2008 financial crisis, concluding one of the U.S. government's most ambitious cases tied to the housing collapse. The settlement comes after more than two years of litigation as S&P tried to beat back allegations that it issued overly rosy ratings to win more business. – Washington Post

Free-Market Analysis: The suit is settled and presumably it's back to business as normal for S&P. The ratings agency stood accused of providing too-rosy ratings in order to gain clients.

Of course, S&P was not the only agency to provide ratings that looked overly optimistic after the great crash of 2008-2009. But S&P did something else that was quite controversial: It downgraded the rating of the US government.

Here's how Bloomberg reported on it back in August, 2011:

S&P lowered the U.S. one level to AA+ while keeping the outlook at "negative" as it becomes less confident Congress will end Bush-era tax cuts or tackle entitlements. The rating may be cut to AA within two years if spending reductions are lower than agreed to, interest rates rise or "new fiscal pressures" result in higher general government debt, the New York-based firm said yesterday.

"The downgrade reflects our opinion that the fiscal consolidation plan that Congress and the Administration recently agreed to falls short of what, in our view, would be necessary to stabilize the government's medium-term debt dynamics," S&P said in a statement late yesterday after markets closed.

… The U.S. immediately lashed out at S&P after the downgrade, with a Treasury Department spokesman saying the firm's analysis contains a $2 trillion error. The spokesman, who asked not to be identified by name, didn't elaborate, saying the mistake speaks for itself.

It has, of course, been suggested that the pursuit of S&P in part revolved around the US downgrade, but the settlement specifically included language, according to reports, that S&P acknowledged there was no evidence of retaliation involved in bringing the lawsuit.

The lawsuit has been lingering since 2013 when settlement talks were halted with the US seeking $5 billion and accusing the agency of fraud. At the time, S&P argued the lawsuit was "retaliation for the firm downgrading the credit rating of the United States."

The larger issue regarding S&P does not appear in reports on the settlement. That is how could S&P and other ratings agencies be so wrong about so many evaluated entities?

The entire Western financial infrastructure teetered on the verge of collapse in 2009. Fed chairman Ben Bernanke supposedly had to issue out something like US$15 trillion in short-term loans to shore up failing banking and industrial facilities.

The answer, of course, is that the system is not solvent nor can it be. While rating agencies were surely a good idea back when the West was more free-market oriented, today such agencies are evaluating risk involving companies that utilize currency created by monopoly central banks.

Such currency – and thus the companies that use it – cannot be seen as stable because the monetary system itself is fatally flawed. Thus, the ratings issued by agencies are in the longer term virtually meaningless.

Additionally, central banks trigger increasingly vicious business cycles that regularly threaten the solvency of even the larger entities. As ratings agencies apparently do not recognize the modern model of central banking as inherently flawed, a basic question arises: What good are they?

These agencies are literally avoiding the elephant in the room. The S&P lawsuit avoided dealing with this larger issue by accusing S&P of creating rosy ratings for the purpose of wooing business. But the real reason S&P was so wrong in 2008-2009 along with other agencies was because its model surely does not directly address the economic instability caused by the monopoly creation of currency.

Monopoly money creation hollows out a slew of otherwise sensible free-market solutions that were created long before central banking. Now they are almost useless but are preserved to give people a sense of "business-as-usual."

Business-as-usual ceased in 1913, when the US Fed was created.