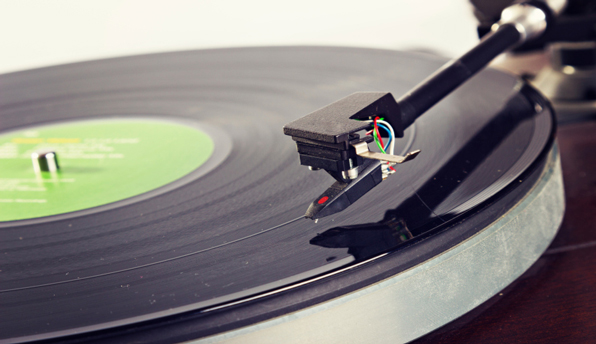 Clashes with Russia point to globalization's end … As the European Union and the United States ramp up their sanctions on Russia, President Vladimir Putin's plans for retaliation seem to include an attack on McDonald's. There could not be a more powerful symbol that geopolitics is increasingly undoing the globalization of the world economy … After 25 years of being bound together ever more tightly, the world seems intent on resegregating itself. – Reuters

Dominant Social Theme: The push for a closer, globalized world is finished now. Russia has sabotaged it.

Free-Market Analysis: This article, written by Mark Leonard, the absurdly young-looking Director of the European Council on Foreign Relations, claims that the growing tensions between Russia and the West have ended the dream of globalization.

In fact, we should go a step further and speculate that Russia is not acting in an anti-Western manner at all, and that its actions are very friendly to internationalist interests.

How can this be? We'll explain in a moment.

First, a little more from the article. Leonard divides the splintering of the global regime into three discrete trends:

1. From Free Trade to Economic Warfare

2. From Global Government to Competitive Multilateralism

3. From One Internet to Many

We've indicated these separate subheads numerically below as we present excerpts of the article's argument:

1. Economic interdependence was supposed to defuse geopolitical tensions over time – or at least allow the two to be compartmentalized. But today the West is using Russia's participation in the global economy to punish it for its actions in eastern Ukraine. The EU has announced sanctions that will hit Russia in the banking, oil and defense industries.

When China felt its interests were threatened, it was also willing to use economic sanctions in its territorial disputes with the Philippines and Japan. In May, Beijing found itself on the receiving end as Vietnam turned a blind eye to anti-Chinese riots targeting Chinese plants when China put an oilrig in the disputed Paracel Islands.

2. Many saw global trade relations as a prelude to global government, with rising powers such as Russia and China being socialized into roles as "responsible stakeholders" in a single global system. But multilateral integration now seems to be dividing rather than uniting.

Geopolitical competition gridlocks global institutions; the Ukraine crisis came about because of a clash between two incompatible projects of multilateral integration — the European-led Eastern Partnership and Russia's Eurasian Union. There is a global trend of competing mini-lateral friendship organizations.

On the one hand, the "world without the West" encompasses the BRICs (Brazil, Russia, India and China), the Shanghai Cooperation Organization and a host of sub-regional bodies. On the other, the West is creating new groupings outside the universal institutions — such as the Trans-Pacific Partnership in Asia and the Transatlantic Trade and Investment Partnership — that deliberately exclude China and Russia.

Rather than seeing international law as a way of de-escalating disputes between countries, people are increasingly talking about its use as a weapon against hostile countries — "lawfare."

3. Even the Internet is leading to hostile fragmentation rather than a global public square. Putin might have offered Edward Snowden refuge, but it is America's closest allies — such as Angela Merkel in Germany and President Dilma Rousseff in Brazil — who are the most concerned about the National Security Agency's prying into their citizens private lives. Anupam Chander and Uyen P. Le of the University of California at Davis contend that "Anxieties over surveillance … are justifying governmental measures that break apart the World Wide Web … the era of a global Internet may be passing."

They claim that countries such as Australia, France, South Korea, India, Indonesia, Kazakhstan, Malaysia and Vietnam have already moved to keep certain types of data on servers within their national borders. …

The post-Cold War world these countries entered was marked by the development of an U.S.-led unipolar security order and a European-led legal order that sought to bind the world together through free trade, economic interdependence, international law and multilateral institutions.

Today, we can see that the U.S.-led security order is fraying both as a result of war-weariness and the emergence of new powers internationally. As a result, great powers such as the United States are increasingly trying to weaponize the international legal order through sanctions to compensate for their unwillingness to use military force. Interdependence, formerly an economic boon, has now become a threat as well.

Enough? These conclusions are certainly speculative. The idea that the US would provide "security" for the world while Europe implemented a legal order of free trade, economic independence and international law and multilateral institutions seems especially laughable given current events.

The US has looked out for its own security interests, not anyone else's. And it is difficult to see how Europe is ushering in anything other than increased corporatism. Free trade is restricted by onerous legislation; Europe's international law begins with the Napoleonic concept that suspects are guilty until proven innocent; multilateral institutions seem to consist mostly of bankrupt, global banks that the EU is continually propping up.

A deeper flaw in the analysis is that the article continually anthropomorphizes individual countries. This is common in this sort of propaganda. "China does this." … "France does that." Often countries are referred to as "her" even though they are simply lines on a map.

What matters is culture and hidden influencers. Were the world divided by culture, maps would look much different. And if the history of the world was explained via the priorities of money power, we would have a much better sense of the realities of modern-day wars, politics and sociopolitical movements.

Leonard believes that the world is gradually moving away from free trade and toward economic warfare. But even if we restrict ourselves to the past century, the West in modern times has never been about free trade, only managed trade. Vast trade treaties have been erected that purport to manage every part of human economic life.

Additionally, the banking elites in charge of the West have used extraordinarily brutal tools to consolidate their power around the world. Two world wars and then an endless series of smaller wars have had the effect of institutionalizing numerous global facilities including the UN, IMF, World Bank, World Health Organization and various world-spanning trade groups. The "economic warfare" that Leonard foresees began long ago and has never really stopped.

Leonard sees the world moving away from global governance and toward multilateralism. We have trouble with this analysis as well. From our viewpoint, there is no increase in multilateralism. The larger political power centers that Leonard perceives as taking a position adversarial to the West probably aren't.

Once upon a time the BRICS were dominated by Britain and we don't think that domination behind the scenes has ceased. Wall Street funded the Russian Revolution and Mao, according to reports, was a Yale Man when Yale ran its divinity school in China. Britain ran India outright and the US surely ran – and still runs – Brazil's political mechanism behind the scenes.

Finally, there is the theory that the Internet is fragmenting because of the US's adversarial surveillance techniques. Since we believe that Edward Snowden has likely served the purposes of the US intel community by leaking – and perhaps exaggerating – its capabilities, we have no expectation that the "fragmentation" of the Internet is any more sincere.

If the Internet is fragmenting, it is probably because Western powers want it so. Ironically, the Internet has been the only true global success story – and those behind globalism can't wait to disassemble it. Truly international facilities created by Hayekian "spontaneous order" are not to be tolerated by those whose idea of globalism is rigorously regulated and the power of which is overtly concentrated.

We wrote above that the adversarial evolution that Leonard analyzes is actually a positive trend for elite internationalism and now let us explain why.

As we understand it, elites tend to gain and hold power by utilizing the dialectical methodologies of "divide and conquer." This is probably what is taking place in the Middle East today. Not only are covert Western intel operations turning countries into Islamic republics but also, various religious factions are being manipulated in such a way as to be set against one another.

Visualize this evolving on a grand scale. We've mentioned this before: The BRICS and various developing countries are gradually being polarized. On one side stands the West and on the other, Asia and Africa. This sort of polarization is NECESSARY if one wants to create ever-closer global governance.

One cannot simply impose internationalism. It must evolve. But this sort of evolution takes at least two sides and maybe three. Thus, we can hypothesize that after a decade or so of consolidation, Western globalists are glad to observe another power center rising up to challenge the US's unipolar dominance.

One can argue whether this is directed history; we would argue that it is. In any event, the argument that Leonard makes ought to be stood on his head. He proposes that a bipolar or tripolar world marks the end of globalization. We would propose that it merely extends and solidifies it.

Such a dialect is a simple and subtle tool. Because it happens on such a vast scale, people simply cannot believe that the quarreling of adversarial nation-states is actually generating ever-increasing centralization. But that is exactly what is happening.

This is the reason that stock markets, increasingly centralized, can go up around the world, as they are now doing, and why torrential money flows continue to generate vast profits for those who can anticipate their next location. It is the reason as well that we have continually forecast higher highs for marts around the world and in the West in particular.

One need only look at the history of the past 100 years to see how effective this strategy is and how quickly it erects globalist institutions and generates ever more exaggerated business cycles. Pretend this Reuters article is a vinyl record and play it backwards. What you hear is what you get.