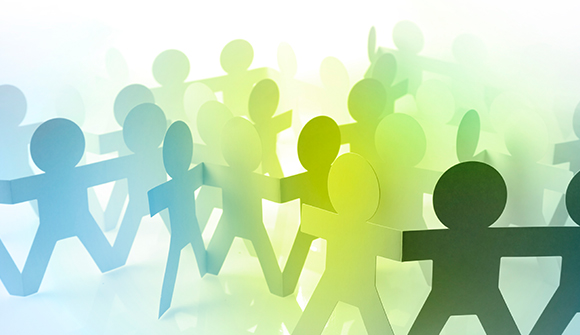 The global middle class awakens … Marko Djurica Alper, a 26-year-old Turkish corporate lawyer, has benefited enormously from Prime Minister Recep Tayyip Erdogan's rule. He is one of millions of young Turks who rode the country's economic boom to a lifestyle his grandparents could scarcely imagine. Yet he loathes Erdogan, participated in the Taksim Square demonstrations and is taking part in the new "standing man" protests in Istanbul. "The prime minister is continuing to blatantly lie about the demonstrations," said Alper, who asked that his last name not be used because he feared arrest. "People are actually scared that if they stop this momentum, then the government will feel free to exercise more force." From Turkey to Brazil to Iran the global middle class is awakening politically. The size, focus and scope of protests vary, but this is not unfolding chaos — it is nascent democracy. – Reuters

Free-Market Analysis: We've been waiting for the expression of this dominant social theme and now it has arrived, thanks to Reuters. No surprise there. In fact, it is quite predictable.

Citizens are demanding basic political rights, accountable governments and a fairer share of resources. The movements may lose their way. The demonstrations will have a limited long-term impact if they fail to become organized political movements. And the violence and criminality that erupted during some protests in Brazil have prompted a popular backlash.

Overall, though, Americans jaded about world affairs should see the activism as positive. The protesters are performing the same role as middle classes have in developed nations. As their standard of living rises, so do their expectations of government. The political dynamic in each country is different, of course.

… Observers see parallels between Brazil's protests, India's anti-corruption movement, austerity protests in Europe, the U.S. Occupy Movement and similar demonstrations in Israel. My focus on Turkey, Brazil and Iran is driven by recent events and optimism. Positive dynamics are at work in all three nations.

First, the explosive spread of social media played a role in the movements. Networks of like-minded people were able to immediately communicate with one another — and potential recruits. Some online information has been false or restricted, but technological change has unquestionably sped up the pace of political organizing.

Second, all three movements are demanding basic individual rights and accountable government. They want noncorrupt leaders who respect their right to protest, gather and speak freely. From minority rights in Turkey, to fair elections in Iran, to better policing, healthcare and transit in Brazil, protesters want improved governance.

All this rhetoric is so very familiar. Here is what comes to mind: "Workers of the World, Unite. You have nothing to lose but your chains!"

It's been in the works for decades, for centuries. Who can believe at this point that regulatory democracy offers hope for the future? We are supposed to celebrate the idea that the security state now collapsing in the West is an appropriate model for the future of the world?

All the dominant social themes that we have analyzed repeatedly are on display in this article … from the disingenuous celebration of social media like Facebook to demands for "basic human rights and accountable government."

This last is entirely in line with the global "transparency movement" that we have reported on so many times. The idea is that if people protest loudly enough, monopoly government – Leviathan – shall oblige protestors by revealing its inner workings. We know this is possible because a worldwide transparency organization led by a former World Bank executive tells us it will be so.

But we have another idea. Much that is going on in the world today is attributable to what we call the Internet Reformation. Around the world, the powers-that-be are struggling to contain its evolution and impacts. In our view, they probably will not be entirely successful.

One can orchestrate protests and violence – as is certainly being done in the Middle East and Africa and probably in Brazil and Turkey, as well. But one cannot outrun the sociological impact of digital enlightenment.

As this process (as we have verbalized it) continues, one will likely see a continued erosion of globalist memes and the decay of regulatory democracy into its component parts. If we are correct, regionalism will advance and factionalism will evolve. Secession shall be more persuasive than the continued evolution of artificial "unions."

F.A. Hayek's spontaneous order will overwhelm the organized fictions of "protests" that inevitably support the planned expansion of the regulatory state.

Certainly, there is a growing global middle class. But it does not follow evolutionarily that the expression of this class should be the growth of Anglo-American style democracy, with its punitive taxation, military-industrial complex, corporatism and industrial-strength penal system.

The alternative is a kind of atomization, and we think that is a more likely outcome than the one enunciated in this article. As the splintering and fissuring of regulatory democracies continues – and we believe this trend is inevitable – there will come a time of new hope … and a new prosperity, as well.