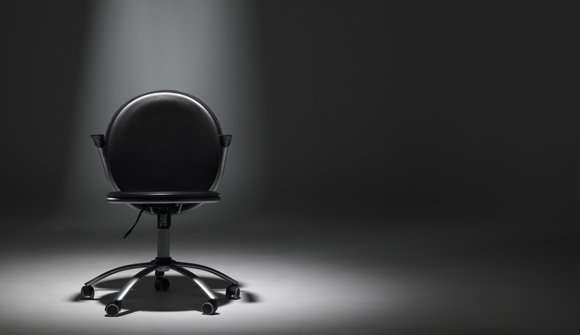 90,609,000: Americans Not in Labor Force Climbs to Another Record … The number of Americans who are 16 years or older and who have decided not to participate in the nation's labor force has climbed to a record 90,609,000 in September, according to data released today by the Bureau of Labor Statistics. The BLS counts a person as participating in the labor force if they are 16 years or older and either have a job or have actively sought a job in the last four weeks. – CNS

Dominant Social Theme: The recession is ending and people are working.

Free-Market Analysis: There has been criticism aimed at the free-market economic paradigm over the past few years. But as far as we can see, it's been correct.

In fact, as we can see from this excerpt, the only model that makes any sense these days is the one that has predicted for decades that money printing can exist with sluggish price inflation and stubborn unemployment.

That model was first enunciated by the Misesian crowd back in the 1970s (when they really could fit into a phone booth), and proved uncannily accurate. It went by the name "stagflation."

Before the 1970s, Keynesian house economists even denied that such a thing was possible. You see, the economy was a lot like a fancy car. You simply had to know which gear to shift it into and how far down to press the accelerator. Of course, you had to fill it up with high-octane super-money, but once that had taken place, well … no problem! Off you would go.

Only Western economies didn't go very far or very fast in the 1970s. In fact, exactly the same scenario played out then as now. The stock market crashed (several times) and the money pumped into Western central banks didn't do anything but increase price inflation while having a minimal effect on stimulating employment.

And these days, headlines pour out of Washington on a regular basis announcing yet more unemployment. Of course, we don't believe these figures but we do believe in the trend. Here's more:

In January 2009, when President Barack Obama took office, there were 80,507,000 Americans not in the labor force. Thus, the number of Americans not in the labor force has increased by 10,102,000 during Obama's presidency. The labor force participation rate, which is the percentage of the non-institutionalized population 16 years or older who either have a job or actively sought one in the last four weeks, was 63.2 percent in September. That was unchanged from August.

This last graf is especially interesting because it just shows us once more how inaccurate these articles can be. We've read in other places that people are retiring later and later and continuing to work part-time after their so-called retirement. This is because they can't retire. Their savings were wiped out long ago and the interest on what's left is just a trickle.

Here's an article on this that appeared about a week ago over at the AP newswire:

Americans retiring later, poll shows … Some 82 per cent of working people over 50 say they're likely to work in retirement … Stung by a recession that sapped investments and home values, but expressing widespread job satisfaction, older Americans appear to have accepted the reality of a retirement that comes later in life and no longer represents a complete exit from the workforce.

Some 82 per cent of working Americans over 50 say it is at least somewhat likely they will work for pay in retirement, according to a poll released Monday by the Associated Press-NORC Center for Public Affairs Research. The survey found 47 per cent of working survey respondents now expect to retire later than they previously thought and, on average, plan to call it quits at about 66, or nearly three years later than their estimate when they were 40. Men, racial minorities, parents of minor children, those earning less than $50,000 a year and those without health insurance were more likely to put off their plans.

"Many people had experienced a big downward movement in their 401(k) plans, so they're trying to make up for that period of time when they lost money," said Olivia Mitchell, a retirement expert who teaches at the University of Pennsylvania.

So … where did that retirement go? We're still waiting, some five years now, for the mainstream media to examine the investment "pornography" that was prevalent for the past quarter-century. So many articles, books, theses and even whole television channels dedicated to "investing." Didn't do much good.

The obviousness of what is occurring is still not being presented. The free-market analysis that proved so accurate in the 1970s is still absent from the mainstream stage.

We hear that such analysis is inaccurate because so much money printing should have produced more price inflation, but that is a matter easily dealt with. Prices rise when more money circulates. Since the economy is stagnant, since foreign central banks stash dollars and since the Fed is paying banks not to circulate aggressively, price inflation is still subdued compared to where it will be eventually.

And since much of the West's adult population is either out of work or working off-the-books (maybe via barter), the circulation of money still remains relatively slow despite the tens of trillions that have been pumped into the banking establishment around the world.

All this money has done approximately what it is supposed to do from the elite's perspective, however, which is to create yet another asset bubble. Stock markets are up, housing markets in Germany and Britain – in posh areas, anyway – are positively zooming.

Those reading The Daily Bell may have the financial and intellectual resources to take advantage of this final blow-off, but for many people it won't matter. No matter how high real estate prices go and no matter what valuations blue chip stocks achieve, they will sit this one out in the cold.

The media will make their situation worse by explaining it is the fault of those who can't or won't take advantage. They didn't handle their money correctly, or their careers or their family life. But given the complexity of society and the intertwining dominant social themes, it is no wonder that even now people don't understand.

They know something has gone terribly wrong but they just don't know what.

It's simple enough. Free-market Misesian analysis got it right, just as it did in the 1970s. Central banks printed too much money, caused a crash and are now busily reflating again via their network of commercial firms and banks.

The process is as controlled as ever and, frankly, just as cruel. It is designed to leave people unemployed while protecting the current bankrupts that populate the "financial system." These may be made whole in a coming stock boom, but they will be as inefficient and bloated as ever. And when the bust comes their bottom lines will wither once more.

Call it the stagflation of the 2000s.