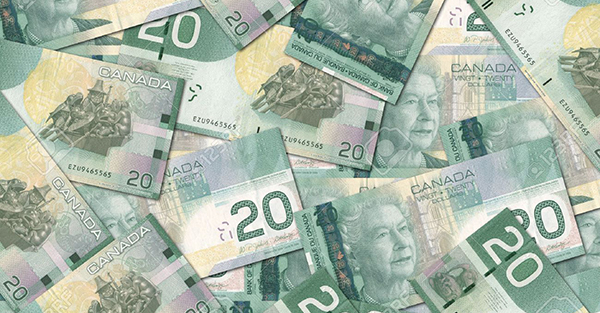 Retail sales in Canada fell 2.2% in December from November on a seasonally adjusted basis, but not adjusted for inflation, to C$43.2 billion … But just because retail demand is crummy doesn’t mean that retail prices can’t power higher. Stagflation comes to mind. Now happening before our very eyes. And forget deflation, however much central bankers bandy the term about like a cudgel to justify their monetary policies. -WolfeStreet

Central bankers are always warning about deflation when the real danger for consumers is inflation, and more specifically stagflation – a combination of price inflation and low growth or no growth.

We’ve long argued that stagflation is the reality of the US economy right now, even though no one reports on it.

Shadowstats, which provides government statistics without government censorship and tweaking, shows us that inflation has run 4-8 percent since 2012. During much of this period, the US economy has been in recession.

Eight percent inflation plus low or no growth? Sounds like stagflation to us.

Really, no one should be surprised.

The central bank has printed literally trillions of dollars, and though these may not have begun circulating aggressively, they will sooner or later.

Famous Austrian economist Murray Rothbard never much believed in deflation as a danger in the modern era.

After all, how could deflation be a threat in an environment where banks regularly print billions if not trillions of dollars?

While there may be a time lag, inflation is the inevitable consequence of printing. And now apparently, it’s hitting Canada.

Here’s more from the article excerpted above:

Retail sales dropped in nine of the 10 provinces and in all 3 territories. Only exception: tiny Prince Edward Island, where retails sales were flat.

… But then there’s inflation … Statistics Canada reported … that the Consumer Price Index jumped a hotter than expected 2.0% in January from a year ago, even though energy prices still plunged …. Inflation is now at the highest rate since 2011

Now, what are the implications for the US?

The Fed had supposedly planned four rate hikes for the US this year to dampen down growing price inflation. But market reaction to the first hike has been so bad that Janet Yellen herself has taken to making soothing noises about additional hikes.

In other words, it is just as likely that some form of additional quantitative easing is on the table.

The larger point is that the Fed and other central banks have printed too much money. Sooner or later that money or part of it begins to circulate and price inflation takes off.

Yellen and the rest of her crowd are certainly aware of this and no doubt it was a motivating factor in getting the first hike done.

But what about the next three? They sound fairly doubtful.

And what about the vaunted US recovery? In our view the whole construct of the US “recovery” was flawed.

The US has been in a recessionary environment since 2001 when the dollar began to move down against gold.

The Fed revved up the printing presses at that time and created a series of asset bubbles, including the great sub-prime bubble that collapsed in 2008.

Looking back we can see there really was no “recovery.” The economy was goosed in the 1990s and again in the early 2000s – and the resultant monetary debasement was so significant that the whole world was plunged into a quasi-depression.

It’s as if they want these serial crises, and perhaps they do. Each crisis brings the economic environment closer to a terminal breakdown.

And no doubt once it reaches that point, we’ll suddenly be exposed to elaborate plans for a more centralized monetary and banking system.

In the meantime, central banks have taken to buying gold and so have many Wall Street types.

What do they know? Obviously that price inflation is on the horizon. It’s the same thing that Janet Yellen knows.

And it’s something that YOU should take into account as well. The economy is not recovering. Deflation, going forward, is surely not going to be an issue.

Conclusion: What we’re looking at, just as in the 1970s, is stagflation. Then gold scaled the heights to $800 an ounce and silver traveled up to $50. Where precious metals could go this time is anyone’s guess. But if you own some, you may be happy to find out.