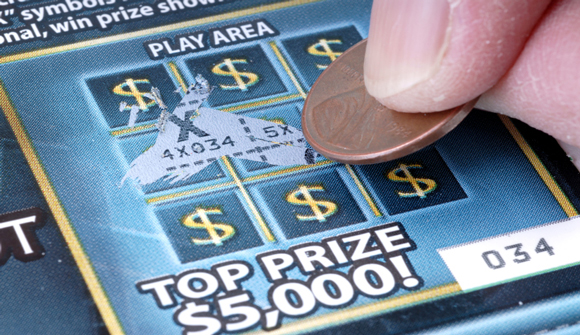 What if I told you there was a $70 billion tax that the poor pay the most. You'd probably say that isn't very fair. But that's exactly what the lottery is: an almost 12-figure tax on the desperation of the least fortunate…

Researchers have found that the bottom third of households buy more than half of all tickets. So that means households making less than $28,000 a year are dishing out $450 a year on lotteries. And, as a result, everybody else doesn't have to pay the higher taxes they would if gaming revenues weren't underwriting our schools.

So what? Lotteries might be just like a tax for all but the one-in-a-hundred-million who win them, but they're still a voluntary tax. It's not the government's fault that people either don't care or don't realize that, once you account for taxes and the possibility of splitting the pot, it never makes financial sense to buy a lottery ticket. Right? Well, no. It's not that poor people don't understand that the lottery has a near-zero chance of making them dynastically wealthy. It's that they think everything else has an actually-zero chance…

[P]eople making less than $30,000 are 25 percent more likely to say that they buy lottery tickets for money than for fun, while it's the opposite for everyone else. State lotteries, in other words, don't just prey on poor people's dreams—they do that for everyone—but rather on desperate dreams. – Washington Post, May 14, 2015

As taxes go, state-run lotteries seem like a good idea. No one forces you to pay, they don't infringe on your privacy, and the games raise money very efficiently.

The Washington Post writer points out that lotteries prey disproportionately on the poor. People who can least afford to take the risk are actually more likely to do it. This seems irrational. Why do they do it?

We suspect the answer is ignorance. People who buy lottery tickets simply don't understand how much the odds are against their winning. Lottery marketers certainly don't help, either. They use the same techniques Las Vegas casinos employ to keep you playing slots. A series of small wins entice players to keep on pulling and increase their bets. The mathematical facts remain in effect, though. The longer you play the more certain you are to lose.

Lottery players don't conduct a cost-benefit analysis before buying tickets. If they did, they would know they are far more likely to be hit by a truck and killed on the way home than they are to win the Powerball jackpot.

Not coincidentally, whatever math most lottery players do know came from a public school education. They didn't learn much in the first place and retained very little of it. This makes them susceptible to clever, hope-laden marketing.

Mirabile dictu, what governmental activity do lotteries fund in most states? Public schools, of course. The schools then create more mathematically ignorant citizens to become the next generation of lottery customers – a never-ending cycle.

The real winners are the lottery authorities and the private contractors they employ. They get to ignore the consumer protection laws other merchants must follow and enjoy a near-permanent revenue stream skimmed from lottery proceeds.

This "voluntary" tax may be better than forcible confiscation, but it is not harmless. Government never is… no matter how we pay for it.