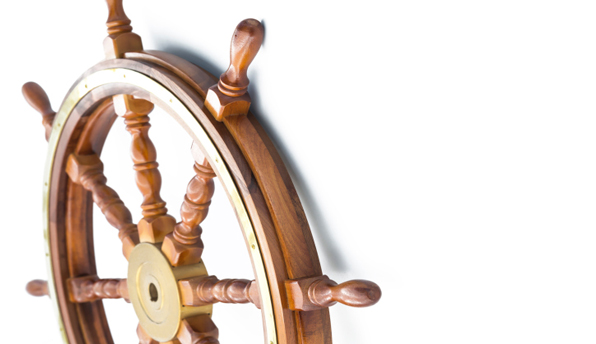 Federal Reserve stays on cruise control … The U.S. economy is strengthening but the Federal Reserve remains in cruise control. The Fed decided to once again reduce its monthly bond purchases by $10 billion, as expected. The central bank has been gradually reducing, or tapering, its monthly bond purchases since January. It will now buy just $25 billion a month. That's down from a peak of $85 billion when the Fed started its third round of quantitative easing, a policy dubbed QE3 on Wall Street. – Money CNN

Dominant Social Theme: Once again, the financial leaders of the free-world have guided the US economy through the shoals of economic disaster and its citizens have emerged relatively unscathed.

Now the trumpets are sounding for a US recovery, but as we've pointed out many times, what is going up mostly is the stock market as the Fed determinedly debases currency.

And as we've predicted, Ms. Yellen has no intention of stopping. She is cutting back nominally on the Fed's QE program, but we'll see what impact that has, if any. There are plenty of other methods that Ms. Yellen has to add liquidity to the economy. No doubt she will continue to use all of them.

The US economy is swimming in a virtual sea of printed currency that goes back to the tens of trillions printed by Ben Bernanke as emergency loans during the depth of the 2008 economic collapse. And Fed intercessions have cut short the business cycle itself, prevented the purging of industrial bankrupts and short-circuited the gold market, which never saw a junior mining blow-off as it did in the 1970s.

We used to believe there were cyclical recessions that would give way to "normal" economic growth and what is often called "animal spirits." But we don't believe this anymore. Central banks fix the price and value of money and this is true during a recession as well as a recovery. Both are equally false states of affairs. That doesn't stop the mainstream media from clinging to this most-important dominant social theme.

This Money CNN report is typical of this sort of promotion. More:

… The next task ahead — deciding when to raise interest rates — still seems a long way off, and the Fed didn't give many hints. Instead, its top policymakers issued a statement that acknowledged inflation is nearing its sweet spot, but also cited ongoing weakness in the job market.

… The statement was nearly identical to other statements the Fed issued over the last few months. In addition to its bond purchases, the Fed has kept its short-term interest rate, the federal funds rate, near zero since 2008 in an effort to stimulate economic growth.

When that rate is low, it translates into low rates for mortgages and other loans, thereby making it cheaper for consumers and business owners to borrow money. The Fed said in its statement that the federal funds rate will probably stay near zero for a "considerable time" after the bond purchases end.

Most economists expect the Fed to raise its short-term interest in the middle of 2015, but Fed Chair Janet Yellen has made it clear that the decision depends on economic data. … The government reported Wednesday that the economy bounced back in the spring, growing at a 4% annual rate in the second quarter. That follows a bleak start to the year, when the economy contracted at a 2.1% rate.

Taken together with other data, the economy seems to be gaining momentum. Hiring has been strong, and when the Labor Department releases the July jobs report on Friday, economists surveyed by CNNMoney expect it will show another 230,000 jobs were added. Inflation still remains low too, giving Fed members some wiggle room to continue stimulating the economy, if they so choose.

You see? Fed members such as Janet Yellen are thinking deeply when it comes to managing the world's US$70 trillion economy. Yellen et al. want to see wages move higher before making tightening decisions. Philadelphia Fed President Charles Plosser dissents, though. He wants the Fed to consider hiking rates sooner rather than later.

It is ironic, by the way, that interest rates have emerged as a key area of disagreement between Fed hawks and doves. In a startling statement not long ago, Yellen made it clear that asset bubbles were a natural marketplace phenomenon and that interest rates could not influence or otherwise affect them in any sort of reliable manner.

You can see our analysis here: Shock: Markets to the Moon … As Yellen Prepares for the Biggest Stock Crash Ever

We were puzzled by Ms. Yellen's comments because it is fairly obvious that interest rates DO have an impact on asset bubbles. True, the Fed doesn't set long-term rates, but rates tend to fall in line with rate goals the Fed announces or indicates.

Paul Volcker's ratcheting up of interest rates to nearly 20 percent in the early '80s to reduce price inflation comes to mind in this regard. The puncturing of that bubble plunged the US into a deep recession and had a knock-off effect around the world.

Still, no one in the mainstream media provided the kind of pushback to such a crazy statement that we might have expected. In fact, Alan Greenspan joined Ms. Yellen in restating the point.

Greenspan is more recently in the news for predicting a correction in the US stock market, something that Warren Buffett and others have been predicting as well, given that equities seem almost entirely out-of-touch with what's going on in the larger economy, which is mostly bad.

Here's a report on Greenspan's comments from Bloomberg:

Greenspan: Stocks to Eventually See Correction … Former Federal Reserve Chairman Alan Greenspan said equity markets will see a decline at some point after surging for the past several years. "The stock market has recovered so sharply for so long, you have to assume somewhere along the line we will get a significant correction," Greenspan, 88, said in an interview on Bloomberg Television's "In the Loop" with Betty Liu.

"Where that is, I do not know." While Greenspan said he didn't think equities were "grossly overpriced," his comments come amid growing concern that interest rates near record lows are creating asset-price bubbles. Fed Chair Janet Yellen said in July 16 congressional testimony that while she saw signs of high valuations in some markets, prices overall — including for U.S. stocks — weren't out of line with historical norms.

Greenspan said he measures stock valuations by looking at their rate of return over sovereign debt yields. 'Exceptionally High' "I would say that's closer to normal after being exceptionally high, and that means we are not yet in a stressful position," Greenspan said.

Greenspan said U.S. economic growth, along with a tightening labor market, "are indicating that at this stage we will run into upside pressures in the money markets and inflation sooner than most of us had expected." Gross domestic product rose more than forecast in the second quarter, at a 4 percent annualized rate, the most since the third quarter of 2013, after shrinking 2.1 percent from January through March, Commerce Department figures showed today.

Still, he worried that long-term capital investments had slumped, potentially undermining the recovery. "The capital stock is growing far less than we would have thought it should at this stage," Greenspan said. "That, in turn, tells us that productivity is going to have difficulty accelerating."

We find Greenspan's comments regarding stock valuations extremely odd since he was known for expressing views during his tenure as Fed chairman that there was no reliable way of forecasting the growth of the economy or the stock market. He did make some positive noises about the price of gold as an indicator, but those tapered off as well.

As he has aged, Greenspan curtailed his proclivity to make statements that are even remotely iconoclastic and is proving a reliable backup for the more dovish Yellen. He is making the right noises on a variety of dominant social themes.

In this Bloomberg report, he said that future government spending would be driven by defense needs and by global warming, though the evidence of global warming is far from clear. There is some evidence, in fact, of global COOLING. Greenspan also said the dollar was held "in extraordinary esteem around the world. It's the ultimate source of value." (Try telling that to the BRICS, Alan!)

Greenspan's point about a "correction" is well taken, of course. At some point, following a seven-year advance, there has to be some tapering off of US stock markets. But it's more difficult to see a 1920s-style crash (or not yet) given the Fed's almost sociopathic determination to continue to run up the market with various loose money policies.

This market run-up is taking place around the world, not just in the US. Yesterday, we pointed out that we thought Abenomics was in part aimed at boosting Japanese stock markets so they would rise in concert with ones in the US.

And we've also pointed out that none of this activity benefits the larger "real" economy because money printing is basically a debasement. Reducing the value of one's currency is not necessarily a prosperity-affirming event, though Keynesians try to make it sound as if it were.

As we have predicted, Yellen intends to go on stimulating and she can probably do so – correction or not – because the policies being followed are not ones that will boost industry so much as they will boost the price of securities.

The Wall Street Party continues. We fully expect over time to see Dow 20,000 or more. And this will take people's fortunes and speculative positions to a fever pitch. Eventually, there will be explosive difficulties, however. And, after a really big crash will come the calls for a more globalist financial infrastructure.

Until then, the Fed along with other central banks, will indeed stay on "cruise control."