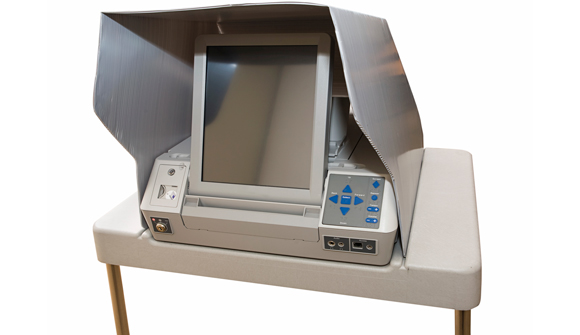 If the Defense Department, the CIA, and our largest corporations can be hacked, certainly 50 states and over 3,000 separate county systems are no match for individuals or nation states that might want to influence the outcome of elections. This is particularly true because nowadays things in the world of electronics and elections are as complex as ever. Even if we are casting our ballots on the Internet, the process of touch screens, optical scanning, or any kind of tabulation without a paper trail, may leave us vulnerable.

Jonathan Katz, director of the University of Maryland Cybersecurity Center, argues in this podcast with WhoWhatWhy's Jeff Schechtman that every system is only as strong as its weakest node. He also talks about why every system, short of paper ballots, has some vulnerability and why the combination of voting, technology, and privacy are often competing forces. – WhoWhatWhy, Sept. 25, 2015

After the many high-profile hacking incidents the last two years, it should be clear to all that virtually no automated system is intrusion-proof. Nothing can stop a highly motivated pirate who wants inside your system.

What motivates the pirates? To date it has been either greed, intelligence gathering or the desire to expose lies and hypocrisy. Suppose a clever, well-funded hacker wanted political power. Could he or she obtain it? The answer is probably "Yes."

Voting is now an automated process in most of the United States. Voters choose their candidates on electronic devices, which then count the votes. This simple, convenient process saves paper and determines a winner quickly.

Any robust accounting system should have an audit trail that can reconstruct the process back to the original data entry, i.e., each vote. For privacy reasons, however, voting systems keep no record of how any given person voted.

Add these three ingredients – political power, computerized systems, and no paper trail – and we have an almost irresistible hacking target. If you want to be president, forget expensive television ads. Just hire some Russian geeks, pay them offshore, and cruise right to victory. You can even make the results look close.

The same method can work locally, too. If you are a road contractor whose success depends on voters approving a bond issue, a small investment could guarantee your revenue stream.

Can electronic election stealing happen? For all we know, it already has. The potential rewards practically guarantee that someone has at least tried. They might have succeeded.

Many people thought the so-called 'democratic process" is a sham with predetermined results long before we voted electronically. If it were true then, it is even truer now. In another scenario like Florida in 2000, many jurisdictions will have no paper ballots to recount.

High-tech election stealing is the perfect crime. The thieves get what they want and the victims don't even know they lost anything.