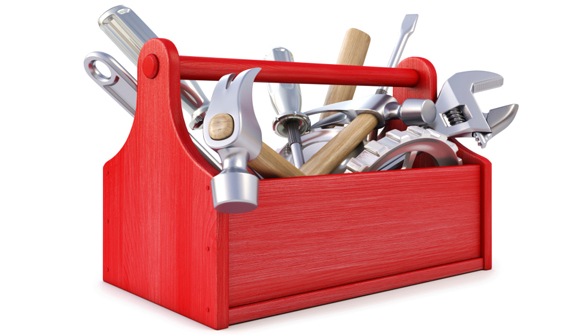 How can we make capitalism more popular? Individual investors should have access to tech start-up IPOs, giving the public a stake in capitalism, says Xavier Rolet, the chief executive of the London Stock Exchange … Capitalism has taken a pummeling over the last few years. From the global credit crunch to the banking failures, the mis-selling of payment protection insurance (PPI) and beyond, popular faith in capitalism has been deeply shaken. – UK Telegraph

Dominant Social Theme: Capitalism is misunderstood. If we tinker with it, people may "get it."

Free-Market Analysis: The best way to make sure capitalism becomes more popular is to give people the opportunity to take a bigger stake in it.

That's the argument of the head of the London Stock Exchange, Xavier Rolet. He's not only convinced of capitalism's benefits; he also believes that capitalism can lift people out of poverty in a short period of time.

Few would argue that any other form of economic stewardship has ever created wealth and prosperity on a comparable scale: just ask any of the 400m Chinese people lifted out of poverty in the last decade.

What irks us about capitalism is not wealth creation but the brutality of its "boom-bust" cycles and the concentration of wealth "at the top". Can a more popular capitalism soften these sharp edges?

We do not seem to have learnt much from the past few hundred years of capitalist history. Every major crisis has had the same root cause: our inability to monitor, manage and control leverage in the banking industry.

At times, taxpayers have been asked to rescue some of these financial institutions, but many would be surprised to learn that most European countries continue to subsidise leverage in the financial sector through the deductibility of interest.

Certainly debt has an important role to play as an accelerator of GDP growth.

But imagine a fiscal regime where deductibility of interest would cease above a certain maximum leverage ratio. Would banking institutions ever again leverage up as much as some did in 2008, so that a swing of just a few percentage points in the value of banks' balance sheets would completely wipe out their equity? It seems unlikely.

We need to move away from seeing bank lending as a panacea. Banks have been dealt an impossible hand – they face enormous pressure to increase lending but also tough and increasingly complex new rules on regulatory capital and leverage ratios.

The author is certainly correct that banks have an "impossible hand" to play. But isn't that the result of regulatory pressure and central bank asset inflation? The first constrains banks from implementing a variety of defensive strategies and the second whipsaws banks with surges of inflationary depressions.

For Rolet, this cyclical destruction is apparently not inevitable. He goes on to suggest an alternative form of industrial funding based on initial equity participation, as follows:

If we are to reconcile citizens with capitalism, we must offer them a stake, facilitating individual investor access to this new wave of world-class UK tech start-ups. We should look to reinstate the retail tranche for IPOs, which contributed to the success of the privatisations of the Eighties. Abolished in the Nineties, it should be redesigned to give entrepreneurs the option to earmark a percentage of their IPOs for the investing public.

The problem with this suggestion, from our point of view, is that central bank money surges are immutable. They wax and wane as steadily as the tide and are not subject to moderation based on structural changes affecting transactions.

Rolet is like a medical technician, suggesting ways a patient's pulmonary system can be revived after a heart attack. But the underlying problem, the one that caused the initial embolism, remains unaddressed.

His "solution" doesn't deal with capitalism's unspoken flaws: monopoly money printing and corporate personhood. And thus his admiration for capitalism as a free-market phenomenon ought to be tempered, too. (Apparently, it's not.)

Capitalism as it operates in the 21st century is bound by critical court decisions that affect economies around the world. Each economy that partakes of modern capitalism also accepts its artificial constraints – restrictions enforced by the state itself involving its fundamental corporate and banking pillars.

We must rediscover a form of popular capitalism that works for us all, rather than a gilded fraction of society. One that is built upon competitive but ethical practices, innovation, entrepreneurship and the notion that risk-taking and success are good things.

This is an optimistic comment, indeed. Merely legalizing an additional funding source is surely not going to make the fundamental change that Rolet seeks. So long as central banks have monopoly money powers to generate unnecessary surges of money, so long as multinational corporations grow unrestrained thanks to the corporate personhood that shields executive from personality culpability, capitalism's boom-bust paradigm will remain unchecked.

Distributing risk capital directly at the bottom of the entrepreneurial ladder rather than debt from the top via a handful of lenders will create a more sharing capitalism, with the corollary benefits of a less debt-dependent, less bankruptcy-prone and less fragile economic cycle.

This is simply incorrect. It cannot be correct. So long as interest rates are held artificially low, boom-bust cycles will continue to plague capitalism. As no one really knows the "natural rate" of an economy's operation, it is very difficult for bankers to set interest rates at a "proper" level. They don't have the forward-looking tools to do it.

This combined with newer methods of monetary stimulation such as quantitative easing virtually guarantee that economies will be regularly over-stimulated via rates set toward the zero-bound.

Rolet's points would make more sense if he addressed the reality of capitalism's monopoly structure and dirigisme before suggesting solutions to address a "free-market" that does not exist.