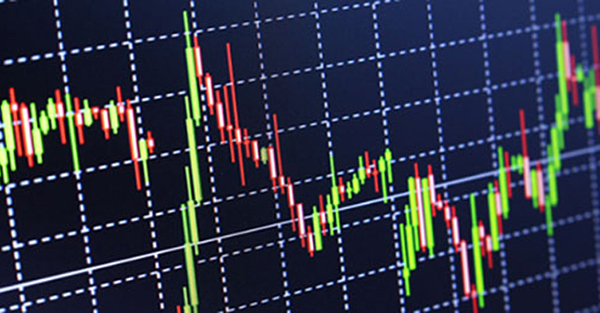 The $1 Trillion Short Underlying Stocks’ Spring … Short interest reaches highest level since 2008 despite gains … Level is contrarian bullish, sets up powerful rally, says BofA … A funny thing has happened in the U.S. stock market, where rather than loosen their grip bears have grown ever-more impassioned. They’ve sent short interest to an eight-year high and above $1 trillion, by one analyst’s math. -Bloomberg

Could the stock market move up hard in these upcoming months? Sometimes contrarian sentiment is an indicator of an unexpected stock market rise. And bearish sentiment is overwhelming at the moment, as you can see from the above Bloomberg excerpt.

So are we looking at a break out? It doesn’t seem likely of course for the reasons we and others have enumerated. Stocks are over-extended by any rational measure.

In fact, equities are almost always extended in our view, but it’s worse now. They’re far more expensive than their earnings give them any right to be and the main motivator of the economy remains excessive  monetization.

But sometimes that doesn’t matter to the desperate, broke and confused mass of “investors” who tend to pile into securities just in time to lose most or all of what they’ve  committed.

“There’s an enormous demand coming,” said Thomas J. Lee, managing partner at Fundstrat Global Advisors LLC., in an interview with Bloomberg TV. “Retail investors are about to put a lot of money into the equity markets because they’re trend followers and the S&P has had two positive quarters in a row.

Could this actually be the case? The professional community is certainly doubtful about equity performance. “Position reports from the Commodity Futures Trading Commission show mutual fund managers are more skeptical now than any time since at least 2010.”

Disbelief is rampant, according to the Bloomberg article. It’s hard to believe that the $2 trillion has been “restored to share values in six months.”

But for those predicting additional upward moves in stocks, the huge short positions are further justifications for the possibility. A trillion dollar short position is simply too much to sustain for long.

Shorts will have to pull in their proverbial horns at some point if the market doesn’t turn soon. And collapsing short positions will provide additional upwards momentum.

It shouldn’t of course. As we pointed out yesterday – and have pointed out regularly for years – Western economies are Keynesian hoaxes. They run on monetization and inevitably the money printing mechanism erodes real prosperity.

Eventually, after a couple of decades, the real economy has been so diluted that jobs and prosperity lapse amidst asset collapses and market breakdowns.

We’re certainly at the terminal stage today. The situation is similar in our view to the end of the 1930s before World War II.

We tend to believe that World War II was actually a response to the Depression. Just like now, businesses didn’t know whether counterparties were solvent or not and refused to make investments.

The war attacked this reluctance because it gave government the justification to demand investments as factories changed over from making cars to tanks.

This sort of prosperity doesn’t last but it is effective in the short run. Germany stimulated its economy in the 1930s with weapons production. Russia mandated an “industrial revolution” under Stalin.

It’s easy to create an industrial surge. The trouble is keeping it going – since the industries created usually have little or no relationship to consumer necessity. This is why free-markets work and “planned” ones do not.

Today, we seem to be at the terminal stage for the world’s economy. And yet there could be a market surprise to the upside. It’s happened before when the majority of “sophisticated” investors don’t expect it.

The reality is that people don’t have many choices these days. Most haven’t a clue about how perverse Western economies have become. If you explain that central banks fix the price of money – and that price fixes in the long term do horrible damage – you well likely get blank stares.

What people do understand is that employment is hard to come by. And those that have jobs are worried about keeping them. People are being paid less these days and working harder.

If the notion strikes them that the market is about to get “hot,” then they’ll likely take the chance just because they don’t have many other options.

We’ve compared this decade to the 1970s and made the point that a low-employment, high price-inflation environment is creating “stagflation.” Just the other day we pointed out that this notion was gradually making its way into the mainstream media.

During the 1970s, real-estate and stocks had a tempestuous run – sometimes up and sometimes down. And some people made fortunes in mining stocks, a market that only soured after the price of gold collapsed after the end of the decade

In this decade, however, we think that any further market ascension will inevitably end in a catastrophe that will usher in a good deal more emphatic globalism.

Conclusion: So enjoy a continuation of the up market – if it comes – while you can. We’ve emphasized the superiority of private investments over public ones in the past and have no reason to change. If the market moves, many more IPOs will offer their investors significant profits. But we wouldn’t advise those individuals to remain in the markets. When they do break, they won’t come back to what they were.