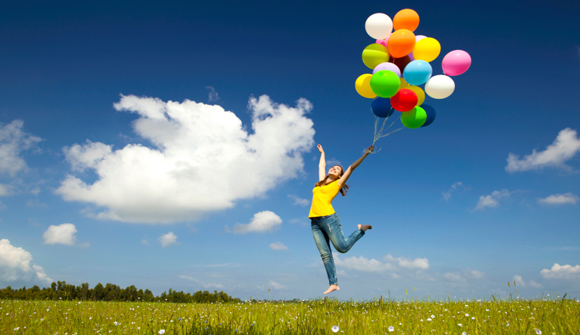 3% down payments lure first-time homebuyers … After years of moving around the country for his job with Marriott hotels, John Eddleman wanted to put down roots. Last month, he bought a brick bungalow on Des Moines' south side, taking advantage of a recent federal policy change that allows down payments of as low as 3%. "It came at just the right time because otherwise I would have had to scrape a lot more money together," Eddleman, 49, said. "At 3% down, you can't pass that up." – USA Today

Dominant Social Theme: These lower mortgage rates are good for the economy and the people in it.

Free-Market Analysis: The ingredients are being assembled for another Greater Recession. Methodically, they are placed in the pot. And eventually the pot will be stirred … and the result will not be pretty.

Central banks are printing money as never before. The BIS guides them and the mainstream media cheers them on. Every day we see a new price point at record-breaking levels. A painting sells for US$300 million. An apartment rents at over US$100,000 per month. A yacht is commissioned at US$1 billion.

We wrote about this back in June 2014 in an article entitled, Ex-Bankers Upgrade the Good Life to Get a Violin-Shaped Pool …

At the time, we quoted a Businessweek introduction to the article:

What's ambitious about Jay Dweck's bathroom isn't the television by his whirlpool tub or the screen that will face his toilet and bidet. It isn't the wide nook in his shower for a third TV and one more across from the sink, or his plan to have each turn on automatically when he's nearby. It's that Dweck, a former Goldman Sachs Group Inc. and Morgan Stanley executive, wants to sell fellow bankers on renovations like the one at his $4.8 million house an hour's drive north of New York in Bedford Corners. "I always have visions and dreams of things you can do, and this is a realization of something," Dweck, 58, said near his violin-shaped pool, where about 5,600 fiber-optic cables light up like multicolored strings.

A violin-shaped pool? A business built around advising the wealthy on how to spend their excess cash in the most self-fulfilling way? We began to seriously track the emergence of the "neo" bubble economy. It had obviously begun. There were repetitious patterns that we analyzed based on money flows. We used Misesian analysis, not Keynesian.

These cycles are commonplace in the modern central banking era – and have a rhythm that persists cycle after cycle. Eventually, as the market rises, professional traders begin to commit funds as well. Companies begin to feel flush as stock prices rise even more. Wealthy investors feel wealthier. The extravagance commences or expands. Look to the high end, of course, for signs of the asset bubbles.

This describes one kind of money flow – and of course, there are others. But put them together and gradually you begin to discern asset bubbles. As these bubbles expand, politicians begin to feel more certain about the economy. They don't speak of asset bubbles, of course. They speak of "economic recovery.

But this is what a recovery looks like today – a bubble. Money has begun to circulate and politicians pile on. And – as we have often explained – regulations and policies that were put in place to make sure the last bust would "never happen again" are immediately reduced or removed lest they retard the emergence of fragile "green shoots."

And so we come to this – a reaffirmation of the very mischief that helped destroy the world's economy in 2007-2008. But let negativity be banished. USA Today is positively clinical about the programs, describing them as a collection of new policies — "including lower down payment requirements, decreased mortgage insurance premiums and looser lending standards."

"It's being predicted in Iowa and across the country: This is going to be a year when we see a lot of Millennials and first-time homebuyers get into the market," said Brennan Buckley, general manager of Iowa Realty. Recent policy changes aim to improve access to home loans in several ways:

• In December, mortgage giants Fannie Mae and Freddie Mac announced they would reduce the minimum down payment on certain mortgages from 5% to 3%. For someone buying a $150,000 home, the change means the difference between a down payment of $7,500 and $4,500.

• In January, the Federal Housing Administration announced it was reducing mortgage insurance premiums by 50 basis points. The White House said the reduction would save the average homebuyer about $900 a year and would enable about 250,000 people to buy a home.

• Lenders have been lowering some of the requirements on borrowers in response to federal regulators clarifying mortgage lending rules created in the wake of the 2007 housing crash.

Wells Fargo Home Mortgage officials believe first-time sales will grow "meaningfully," though less than 10 percent. The company is offering several alternative programs featuring 3%-down mortgages. The response has been "exciting."

Do these people not remember the sub-prime bust that sent shock waves around the world? The cynicism seems rich, indeed. Presumably these people have short-time horizons. The Obama administration in particular doesn't seem to care.

In fact, the administration needs bubbles and their short-term euphoria. Increasingly, Obama is facing a public rebellion regarding upcoming health-care insurance taxes – penalties really. Democrats are panicking and one way to reduce the negative fallout is to provide a grab-bag of federal goodies that large sections of the population can take advantage of. Housing is high on that list.

Combine relaxed housing credit with central bank money printing and you have the same recipe for asset bubbles and their deflation that you had in the mid-2000s. And this is the drum we've been pounding for more than a year now.

These are not coincidental moves. These people know what they are doing. They are fueling the engine of the larger asset-bubble with high octane fuel. Eventually, as the larger housing market expands, more "wealth" will be created … and some will inevitably find its way into the stock market. A market that has turned into a Wall Street Party. And maybe a worldwide "financial fiesta."

Fortunes will be made by those who understand the process and are aware of how to manage its unfolding. But eventually the same thing will happen this time as last time and the time before. There will be a bust … a great bust. A worldwide bust … though USA Today doesn't seem to see it this way, nor those involved in these new lending programs:

Iowa real estate agents are entering the spring buying season with sense of optimism. Des Moines area home sales in January were up 13%. "It definitely makes me want to buy now rather than keep renting. It's some incentive to start putting equity into a place."