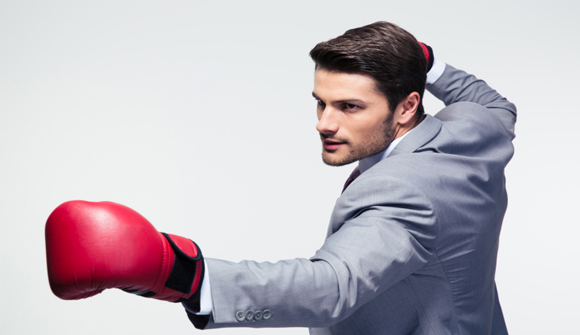 STAFF NEWS & ANALYSIS
Sun-Tzu on being almost mugged in Las Vegas
By Viktorija - May 18, 2021

[Editor’s note: This letter was written by Viktorija, our Sovereign Woman]

I’ve been in plenty of dangerous situations in my life. I’ve been shot at. I’ve been through a rocket attack. And, as a single female, I’ve been stalked more times than I can count.

Yet even with all those experiences, I was shocked to have been chased by a crazed mugger in downtown Las Vegas last week, in the middle of the afternoon in broad daylight.

I was in town because I had booked an appointment with the local Mexican Consulate in Las Vegas in order to apply for residency.

This is part of Mexico’s residency process; if you want to become a resident, you book an appointment and submit some simple paperwork at one of their consulates abroad.

And unlike most consular officials in my experience that love to find excuses to say “No” to visa requests, the officials at the Mexican consulate in Las Vegas could not have been nicer.

Honestly it was a breath of fresh air to be treated like a human being, especially after such a nasty arrival experience to the United States a few days prior, where the US customs officer treated me like some criminal gang leader.

Conversely, I was warmly welcomed at the Mexican consulate. Security didn’t demand to grope me or go through my belongings.

Instead, a few staff members gave me tips about places to visit when I’m next in Mexico and asked how I’ve enjoyed my travels there.

The entire ‘application process’, if you would even call it that, took less than an hour.

They told me that my residency was approved. But, rather than waste my time waiting for them, they suggested I go grab some lunch while they finished my paperwork.

That was a surprise– a consular official not wanting to waste MY time?

I thanked them and stepped out for a quick lunch. And that’s when ‘Crazy Man’ emerged– some stranger brandishing a knife, screaming at me to stop and wait for him.

At first I ignored him and kept walking. But then I saw him literally running towards me, and I knew I had two options.

Knowing how to defend myself is part of my own Plan B. It just makes sense.

And just like having a second passport, or another residency abroad, or a tax strategy that legally reduces what you owe the government, there’s no downside in knowing how to defend yourself.

When I told this story to some friends, their first reaction was, “So you fought Crazy Man?”

But this is an interesting point– it wasn’t out of fear. I made a deliberate decision to run.

Even the most lethal, highly trained fighters in the world know that running (i.e. NOT fighting) is often the best course of action.

This has nothing to do with bravery or cowardice. It’s just common sense.

Simon and I once met an ex-Delta Force commando who told us the same thing; he said, “If I’m walking around at night and some guy sticks a gun in my face, I’m giving him my wallet.”

This man is not a coward. But he knows that engaging in a fight would cause someone to get hurt. There could be legal battles, bad publicity for his business, and possibly even some social worker to come take his kids away.

He knows the potential consequences aren’t worth the paper in his wallet.

I knew last week in Las Vegas that I was outgunned (out-knifed?) and that at least one of us (probably me) and likely both of us would have ended up injured, or killed.

Not to mention there could have been all sorts of other consequences; if something had happened to Crazy Man, it’s possible I might have been charged with a crime or thrown out of the country.

I was prepared to defend myself if necessary, but running was clearly a better option.

So I ran as fast as I could… straight back to the Mexican consulate.

Crazy Man actually chased me for a few blocks, but then realized that I had the Mexican cavalry (ok, consular security) at my back, and that he was outnumbered.

So he took off.

I couldn’t help notice the irony: I had originally come to Las Vegas to apply for Mexican Residency, precisely to escape the madness in the world.

Mexico proved itself one of the few remaining free countries in the world last year after all the COVID madness.

Like any country, it has its drawbacks and disadvantages. But there’s no downside in me having the OPTION to live there, and that’s why I applied for residency– simply to have a place to escape any new craziness, if necessary.

And then I literally fled to the Mexican Consulate to escape Crazy Man.

When I spoke to Simon, he reminded me that some of the most famous military commanders in history, from Hannibal to Sun-Tzu, used tactical withdrawals when they weren’t comfortable with battle conditions.

It’s not cowardly. They knew the smarter move was to retreat, and to fight a later battle on their own terms from a position of strength– the proverbial ‘pick your battles’.

This is an important lesson to think about now; we’ve seen so many stories of people pushing back against the Cultural Revolution, or government lockdowns, only to be fired from their jobs, forced out of business, or even arrested and taken away from their families.

Martyrdom may be heroic.

But as the most accomplished strategists in history would point out, when the circumstances are stacked against you, sometimes the right strategy is to NOT fight, and to pick your battles later from a position of strength.

And having a Plan B helps ensure you’ll be in a position of strength, no matter what happens next.