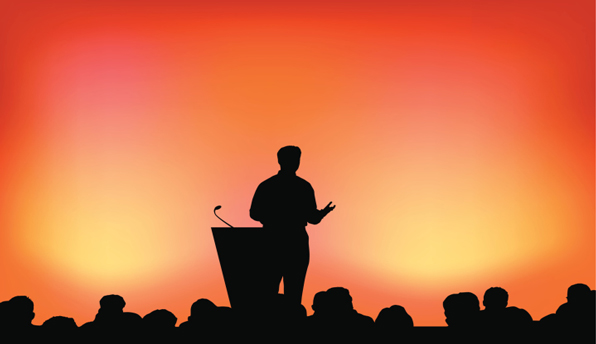 An online Risorgimento … "IF WE want things to stay as they are, things will have to change." The words, uttered by a Sicilian aristocrat on the eve of Italian unification in Giuseppe Tomasi di Lampedusa's classic "The Leopard", neatly sum up the sentiment at NETmundial. The big internetgovernance powwow held in São Paulo on April 23rd-24th brought together 1,200-odd participants, including government officials, boffins, representatives of NGOs and business from 97 countries. Most shared a desire to prevent the internet's break-up. This, many believe, requires an overhaul of the way it is run. – Economist

Dominant Social Theme: Let us improve the Internet to save it.

Free-Market Analysis: So now what we consider to be the Snowden false flag comes into clearer focus.

Directed history has taken us from the hard-to-fathom escapades of Snowden himself – very suddenly – to a conference of 1,200 wise wonks that want to "change" the Internet to save it.

And it is a direct result of Snowden's revelations, or so we are told.

And we are not surprised.

We distrust these Hollywood-type escapades. We have trouble believing in the Assange drama, either.

And yet we're supposed to believe, for instance, that Snowden downloaded a huge amount of top-secret data onto memory sticks and ran first to China and then to Russia.

And why China and Russia? Both of these countries are being groomed, or so it seems, as replacements for the Soviet Union by a NATO military-industrial complex that always needs an enemy. Somehow, the US's top security breach ended up in first one and then the other nation.

We've pointed out in the past that one benefit of Snowden's apostasy was that the US's uncanny world-spanning technological spying was revealed. Now "bad guys" are supposedly more fearful than other.

But really the target is most likely Western middle classes that are getting the idea they ought to be very careful about their political views and breaking any laws or regulations, no matter how tiny.

Snowden's first goal, in our view – whether he is directly aware of it or not – stands achieved. Western middle classes are more intimidated than ever, and surely this would be one goal of those orchestrating this episode.

Perhaps the second now stands revealed. Even two years ago, it would be impossible to fathom 1,300 officials meeting in Brazil to figure out how to change the Internet. But Snowden's revelations are being used to justify this massive "Risorgimento" as The Economist magazine coyly calls it.

Both were peeved at America's National Security Agency, which had spied on their e-mail, among other things. Ms Rousseff convened NETmundial last September in response to these revelations. In her welcome speech she deplored mass surveillance.

It is ironic, then, that NETmundial underlined a convergence between Brazil and the Babbage Science and technology, notes Ronaldo Lemos, an internet lawyer and academic. In inveighing against online snooping at NETmundial, Ms Rousseff did not finger the United States directly.

More telling, the shindig's emphasis on "multistakeholderism" (politics speak for the idea that decision-making is not left solely in the hands of governments) signals that its host finally broke with the other BRICs, which have long insisted on a greater role of nation states in running the internet, Mr Lemos says.

… That, combined with the US Commerce Department's decision last month to relinquish its oversight of an important part of the internet's address system, managed by the Internet Corporation for Assigned names and Numbers (ICANN), may prompt other countries to follow in Brazil's footsteps.

… As Rafal Trzaskowski, Poland's minister in charge of information technology, puts it, "any changes must preserve the principle of 'do no harm'." Vinton Cerf, one of the internet's founders and now the vice president of Google, was blunter.

… Today the internet certainly creates room for abuse, in the form of digital vandalism and crime, as well as mass surveillance, which was largely absent in the early days, when the net "used to be just geeks", Mr Cerf says.

Now that cyberspace has grown much bigger and much less homogenous, he explains, governments' reflex reaction is to shield their netizens from mischief-makers, as they do offline. This is understandable—and desirable, if it means sorting out things such as digital property rights or common assurance that both ends of online transactions are equally secure from prying eyes, private or state-sponsored.

But it could be dangerous if they try to ensure security, and indeed protect human rights online, by subverting the properties which have made the web so successful. Fortunately, the final NETmundial declaration steers clear of that pitfall. The non-binding document stipulates that human rights must be observed online as much as off, but also that the properties which have let the web blossom must be preserved.

… Ms Rousseff basked in universal praise as she signed into law her country's own "internet bill of rights", which enshrines principles of online privacy, freedom of expression, as well as net neutrality, and was passed by the Senate the night before NETmundial got cracking.

Most important, NETmundial did nothing to harm the current set-up of internet governance. Work on specific regulations will continue …

The above is filled with the usual sly innuendo. Of course, it is meant to be non-threatening, but these huge conclaves of bureaucrats ensure that even the most Draconian suggestions that emerge seem credible. That's why the fallacious global warming conferences muster 3,000 at a time and there is endless nattering about "consensus" – as if good science is EVER initially supported by consensus.

While nothing concrete yet has been suggested, from what we can tell, we're sure that will happen in the future. As much as anything, we are sure because we tend to reverse pronouncements when it comes to the power elite.

This is why we know elite themes like the Wall Street Party are intended to end in tears. First comes a long hike up and then a quick drop down. The US economy is on the chopping block, not now but over the next few years. You can use this information to your advantage if you wish.

The marijuana meme is another power elite promotion, one that is taking place worldwide. High Alert, as many readers know, has decided to participate. We have 'Net information to thank for our current stage of enlightenment.

And of course, this makes the power elite most uncomfortable. They are happy to have people participate in their memes. They just don't want participants comprehending their collective manipulation.

Thus, The Economist, sure an elite mouthpiece, finds the world's focus on the Internet reasonable enough. The efficacy of regulation is one of the biggest of elite dominant social themes. And The Economist is always optimistic about regulatory constructs and the bureaucrats that enforce them.

The article points out at the end that "work on specific regulations will continue." This alone is a giveaway – the 'Net is going to be improved by "regulation."

After 100 years of intensive regulation, we believe we are justified in saying that regulation never improved anything, nor is it supposed to. We are sure the regulation being contemplated is intended to gradually peel away layers of alternative media reporting and to interpose instead the various lies of mainstream journalism.

Yet, the Internet itself is a kind of echo chamber. The more Draconian the attacks become, the more the 'Net resonates with them – awakening and polarizing those who would not otherwise have noticed government discomfort and repressive actions.

Additionally, the damage has been done. Elite dominant social themes have been thoroughly exposed – not to all but to tens of millions, especially in the US but increasingly in Europe as well.

Globalist elites can certainly try to put the proverbial genie back in the bottle, but history teaches us that when these vast information revolutions take place, the changes are irreversible. That is why it is so critical that elites retain control of information if they are going to continue to be able to structure directed history as they chose. And, yet … it seems to us they have lost control these past few decades, especially in this past decade.

Not too many years ago, Jay Rockefeller asked wistfully, "would it be better if we had never invented the Internet?" Fortunately, it remains wishful thinking …