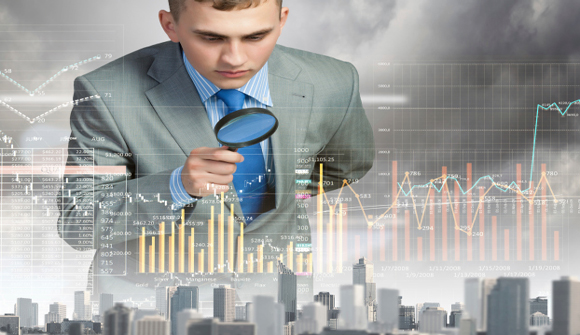 Limits to Growth was right. New research shows we're nearing collapse … Four decades after the book was published, Limit to Growth's forecasts have been vindicated by new Australian research. Expect the early stages of global collapse to start appearing soon … The 1972 book Limits to Growth, which predicted our civilisation would probably collapse some time this century, has been criticised as doomsday fantasy since it was published. Back in 2002, self-styled environmental expert Bjorn Lomborg consigned it to the "dustbin of history". It doesn't belong there. Research from the University of Melbourne has found the book's forecasts are accurate, 40 years on. – UK Guardian

Dominant Social Theme: There are limits to growth, and we ought to be aware of them.

Free-Market Analysis: The Club of Rome is a globalist think tank that expressed elite scarcity memes back in the 1970s. Its famous book, Limits to Growth, provoked fear of a "population explosion" and government intervention to define limits and enforce them.

The scaremongering of the Club of Rome was effective for a while, but eventually produced a backlash from those who didn't believe in the kind of future that Club of Rome literature predicted.

Its predictions were scrutinized and over time were often debunked. Here's a summary of some of its apparent inaccuracies from Wattsupwiththat.com:

None of this happened. The book and its projections were surely wrong. Any society that allows a reasonable level of human action will find there are people who will supplement what seems to be running out. It's an application of the Invisible Hand, a result of competitive forces.

Unfortunately, the economic illiteracy that marks this sort of promotion is returning. The UK Guardian, see above, has been reporting on revisionist studies that claim to be buttressing the Club of Rome's position.

Here's an excerpt from another Guardian article, this one posted in June and entitled, "Scientists vindicate 'Limits to Growth' … Early warning of civilisational collapse by early to mid 21st century startlingly prescient – but opportunity for transition open' … "

The Earth has finite mineral resources, but humans are using them up faster than they can regenerate, with rising economic and environmental costs … According to a new peer-reviewed scientific report, industrial civilisation is likely to deplete its low-cost mineral resources within the next century, with debilitating impacts for the global economy and key infrastructures within the coming decade.

The study, the 33rd report to the Club of Rome, is authored by Prof Ugo Bardi of the University of Florence's Earth Sciences Department, and includes contributions from a wide range of senior scientists across relevant disciplines. The Club of Rome is a Swiss-based global think tank consisting of current and former heads of state, UN bureaucrats, government officials, diplomats, scientists, economists and business leaders.

Its first report in 1972, The Limits to Growth, was conducted by a scientific team at the Massachusetts Institute for Technology (MIT), and warned that limited availability of natural resources relative to rising costs would undermine continued economic growth by around the second decade of the 21st century.

Although widely ridiculed, recent scientific reviews confirm that the original report's projections in its 'base scenario' remain robust. In 2008, Australia's federal government scientific research agency CSIRO concluded that The Limits to Growth forecast of potential "global ecological and economic collapse coming up in the middle of the 21st Century" due to convergence of "peak oil, climate change, and food and water security", is "on-track." Actual current trends in these areas "resonate strongly with the overshoot and collapse displayed in the book's 'business-as-usual scenario.'"

We can see this article ignores the failed promotions made by the Club of Rome and concentrates instead on providing additional credibility to the underlying perspective – that the world is running out of many critical resources and that these constitute a "limit to growth."

The article interprets financial issues from the standpoint of resource constraints. It says, for instance, that: "The Global Financial Crisis of 2007-08 and ongoing economic malaise may be a harbinger of the fallout from resource constraints. The pursuit of material wealth contributed to unsustainable levels of debt, with suddenly higher prices for food and oil contributing to defaults."

This is obviously a flawed analysis that is presented to reinforce a "scarcity" agenda. The financial crisis was very obviously the product of a command-and-control financial structure that included monopoly central banking and a regulatory structure that acted as a giant resonator, exaggerating the eventual destabilization and extending it.

The article also mentions "peak oil" and explains that peak oil could be "the catalyst for global collapse." This is a very old sentiment by now as the damage from peak oil has been predicted over and over again and the world seems to have more oil today than ever before. The US, in fact, has vastly expanded its oil supplies as has Britain over the past few years thanks to various kinds of oil extraction technology.

Club of Rome projections have proven wrong in the past and these neo-Club of Rome analyses are equally flawed. It is true that monopoly central banking, corporate personhood, the graduated income tax and various regulatory structures distort modern economies and make them prone to uncontrolled expansion and exaggerated boom-bust cycles.

But even granting these distortive elements, so long as the discipline of the marketplace is in some way enforced, or allowed to persist, additional resources will be found and applied, as history shows us is usually the case.

Of course, we are not fans of the modern "consumer" society, which is very obviously an artificial construct, one created as a result of the monopoly control exercised by the few and a monopoly fiat regime that surely demands over-consumption to sustain itself.

Today's boom, for instance, and the Wall Street Party it has given rise to may continue for the near future and even expand next year absent a significant downturn in the fall. But eventually it will fail and further globalist nostrums will be trotted out in reaction, trading in human misery to build further internationalist structures.

The prospect of "scarcity" surely remains a globalist promotion designed to frighten people into giving up power and wealth to various internationalist constructs. But justifications for those structures will prove no more valid than the Club of Rome's failed predictions.

This particular generic scarcity meme is apparently seeing a revival. Here's hoping that in this Internet era people see through it just as they did when it was initially presented.