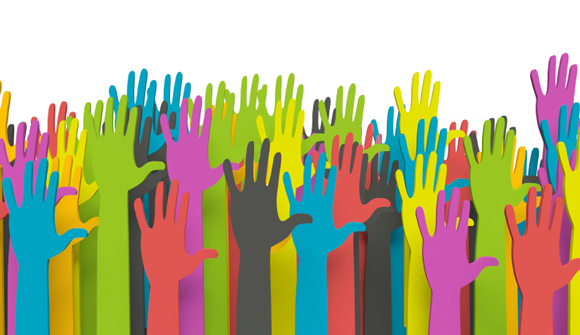 Are the Swiss having second thoughts about capitalism? … Top managers getting huge salaries must now deal with direct democracy … The extraordinary series of political initiatives on pay rates which are being put to Swiss voters is the sign of a rank-and-file "rebellion" against fat-cat salaries for top managers … The shock-waves after the carrying of the popular initiative "against rip-off salaries" in March 2013 have not yet abated, but on November 24 there is to be a nationwide vote on another proposal to put the brakes on the pay of top managers. This is the initiative "1:12 – for fair pay", which proposes that the highest wage paid by any company be no more than twelve times the lowest wage it pays. Next year, a further initiative could set a minimum legal wage for Switzerland. – SwissInfo.ch

Dominant Social Theme: Even the Swiss are accepting socialism.

Free-Market Analysis: We retain a level of respect for Swiss society, though the Swiss political class seems to be doing what it can to damage what's good and increase the bad. The article seems to show the Swiss are fighting back.

The Swiss bank-based economy is certainly under attack. And predictably it is not the hyper-banks that are suffering but the Swiss private banking industry, once the best in the world. Just the other day came word of yet another bank closing: Bank Frey announced it had ceased banking activities, "citing an inability to meet rising costs and obligations associated with the US tax evasion fight," according to SwissInfo. "The move was voluntary, as the private institution remains solvent and won't be liquidated." Here's more:

"As a result of developments in recent years, circumstances and challenges have presented themselves, especially in Switzerland, that mean it no longer makes sense for a small bank to continue its cross-border services," said Markus A. Frey, the chairman of the board who founded the institution in 2000. "Bank Frey will therefore cease its operative business activities as a bank."

There have been estimates that most of the Swiss private banking industry is going to go out of business entirely due to the "changed" regulatory environment. What this means in plain English is that the United States, especially, is going to make it impossible for smaller Swiss banks to remain open unless they are transparent to Western regulators. To their credit, Swiss bankers are refusing to yield and would rather close their shops.

And so an era in banking ends. It's no small thing, because some Swiss private banks have been around for hundreds of years, serving wealthy Europeans and then Americans as the times demanded.

But now it is different. No doubt the largest fortunes, which must amount to something in the trillions, will continue to reside in Switzerland (as elsewhere), but the "middle wealth," the moneyed millionaires and modest billionaires, will have to look to other environs for service.

What will be left to Switzerland will be banks that partake of the Anglosphere's securitized model: banks like Credit Suisse and UBS … the bouncing rubber ball of Swiss commercial banks, investigated more times than a serial murderer but still doing business and still apparently solvent.

And of course, that is just the point. The biggest Western banks are virtually part of the regulatory apparatus and don't die off no matter the sinning. And whatever is not regulated is watched over with greater or lesser care by the BIS and the world's central bankers.

The money business is subsiding into a morass of mercantilism that outdoes the baddest of old days. The sheer magnitude of what's taking place is staggering. Regulators, private/public central bankers and "private" commercial bankers shuttle from public to private sphere and back again. Almost any type of business practice can be tolerated in this environment so long as it is "legally" sanctioned. Relationship banking is a thing of the past.

As the mercantilist construct becomes harder and harder to restrain – puffed up with criminality like a huge hydrogen balloon – it can easily lose contact with reality. Or rather the financial, governmental and banking apparatus begins to make its own rules and function in its own rarified air.

Mercantile momentum often carries the day, and the result is fractured societies, ruined communities and a seething stew of have-nots looking to get even. The Swiss obviously don't want that. Here's more from the article with which we began:

Demands for more equitable pay rates have traditionally come from the left, but in the last few years they seem to have won favour with a broad spectrum of voters. According to the annual ratings put out by the Travail Suisse trade union group, in 2012, the widest pay gap in Switzerland was found at Roche, where CEO Severin Schwan, at CHF15,79 million francs ($17,50 million), made 261 times more than the lowest-paid employee of the Basel pharmaceuticals conglomerate.

In second place was Nestlé, where CEO Paul Bulcke made CHF12,608 million, or 238 times the lowest salary paid by the food giant. In third place was ABB where the tidy sum of CHF10,158 million paid to CEO Joe Hogan amounted to 225 times the wage of the lowest-paid employee.

"Citizens have rebelled against a system of pay imported from the English-speaking world in the last twenty years in the wake of globalisation", Rafael Lalive, who teaches economics at the University of Lausanne, told swissinfo.ch. This system is linked to "development of financial products, such as 'call options', which have made it possible for top managers to receive fabulous salaries", he explains.

In Switzerland this system has created not just popular discontent, but also "severe tension between home-grown industry on the one hand, and the big banks and multinational exporters on the other", notes Tobias Straumann, who teaches economic history at the universities of Zurich, Lucerne and Basel. The traditional model of Swiss business is based on social responsibility. Home-grown entrepreneurs "feel that the élite of the big companies are profiting from Switzerland, living and working here, and earning whopping salaries, but have no interest in the country. They find this unacceptable."

This is a good explanation. The Swiss system has worked for so long and relatively well because it is a throwback to the kind of agrarian capitalism that, say, Thomas Jefferson had envisioned for the United States. There are still places in Switzerland, for instance, where land and property changes little over generations.

Compare this to the US and China where whole cities can be thrown up and torn down in a generation. In such countries, tradition is fungible and a sense of rootedness is made impossible. The availability of an ever-depreciating currency becomes the determining value rather than community or family. Relationships are undermined by Money Power.

It is a system of super-money and hyped-up capital flows that has done the damage in the West, creating mega fortunes and increasingly squeezing tradespeople, farmers and others who would ordinarily constitute the sensible voting backbone of a healthy society.

That the Swiss have the sense to grasp what's going and then to respond is actually somewhat miraculous. It is unfortunate that they must use legislative initiatives, of course, but given what is going on, they have no choice.

We'll see if the Swiss can save what they've got.