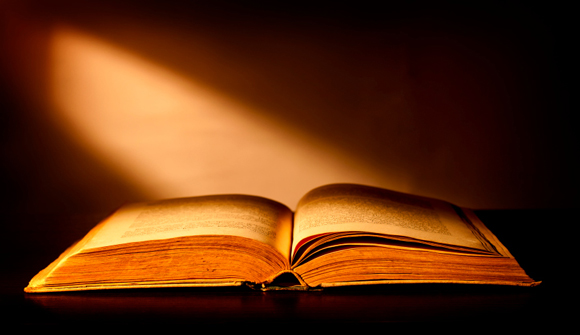 A prayer book called “A Rhythm of Prayer: A Collection of Meditations for Renewal,” is a number one bestseller on Amazon in the category “meditation”.

One prayer, called “Prayer of a Weary Black Woman,” by Dr. Chanequa Walker-Barnes, a theology professor at Mercer University, starts:

“Dear God, Please help me to hate White people. Or at least to want to hate them… I want to stop caring about their misguided, racist souls, to stop believing that they can be better, that they can stop being racist.”

The “prayer” then describes the type of White person they want to hate— not the actual blatantly racist ones, but the “wolves in sheep’s clothing” who “don’t see color”, are friendly and accepting on the surface.

“Lord, if it be your will, harden my heart. Stop me from striving to see the best in people. Stop me from being hopeful that White people can do and be better. Let me imagine them instead as white-hooded robes standing in front of burning crosses. Let me see them as hopelessly unrepentant, reprobate bigots who have blasphemed the Holy Spirit and who need to be handed over to the evil one.”

“Grant me a Get Out of Judgment Free Card if I make White people the exception to your commandment to love our neighbors as we love ourselves.”

This is a sick, insane, religious cult of hateful people. But institutions like churches, schools, and corporations are pushing this blatant racism mainstream.

The book is also available at Target— a store which banned a book that gave voice to transgender people who regretted their decisions to transition.

But hatred of white people is perfectly acceptable.

The head of one of the largest teachers union in the US took aim at Jews who criticize opening schools back up.

When asked about the people who don’t understand why some teachers don’t want to return to in person teaching, Randi Weingarten, President of the American Federation of Teachers targeted her response at Jews:

“What I hear when I hear that question is that those who are in the ownership class now want to take that ladder of opportunity away from those who do not have it.”

So somehow Jews criticizing teachers for NOT wanting to teach, is a form of pulling the ladder away from vulnerable kids who need an educations? Okay…

But apparently Jews are now the oppressors, and therefore not entitled to have an opinion on the matter.

Almost reminds me of a certain European country in the 1930s…

As Vermont opens up vaccine eligibility to more groups, some categories make sense.

For example younger people with health conditions and older people more susceptible to serious Covid-19 cases are eligible to receive the vaccine.

But another group has nothing to do with Covid risk. Vermont has now opened up vaccinations to ethnic minorities.

“If you or anyone in your household identifies as Black, Indigenous, or a person of color (BIPOC), including anyone with Abenaki or other First Nations heritage, all household members who are 16 years or older can sign up to get a vaccine.”

Health Vermont does not explain why there is a racially segregated line for the Covid vaccine— apparently it’s just the woke thing to do these days.

Spirit Airlines kicks off two toddlers in the past month

Serious criminals in 2021: parents who can’t keep masks on their toddlers.

Spirit airlines has opted to involve police to kick families off flights TWICE in the past month.

In the latest incident, a two year old refused to wear a mask, so the airline crew informed the family they would have to exit the flight. When the family refused, the crew deplaned the entire plane, and contacted the police.

Last month, it was an autistic four year old who refused to wear his mask, also causing his family to be kicked off a Spirit Airlines flight.

It’s hard to understand how this can be good for the business model. Must be another case of Covid derangement syndrome.

Transportation Secretary Pete Buttigieg cares so much about the environment that he decided to ride a bicycle to work… at least the last two blocks.

He was caught unloading a bicycle from a black SUV a short distance from the White House so he could finish his ride to the cabinet meeting on bike. Such a great photo opportunity.

Security followed in the SUV.

There are two notable videos circulating of police attempting to break up holiday masses over the past couple of weeks.

One occurred in Canada, and shows the pastor of the church loudly refusing entry to the health inspector who is accompanied by half a dozen police officers.

The pastor shouts over the official “I don’t care what you have to say! Out!”

He tells them that if they come back they should have a warrant.

As the health officials and police leave, he refers to them as “Nazis” and “Gestapo”, saying it is shameful that these “psychopaths” think they have the authority to break up religious services over Covid-19 rules.

The local authorities issued a statement which said their inspector was not allowed to enter the church and was unable to confirm whether the gathering violating public health orders.

That’s basically admitting it was a fishing expedition with no probable cause in the first place.

The second video comes from the UK, where police take the pulpit on Easter Sunday to inform the masked congregation that the gathering is illegal, and they must disperse or face fines.