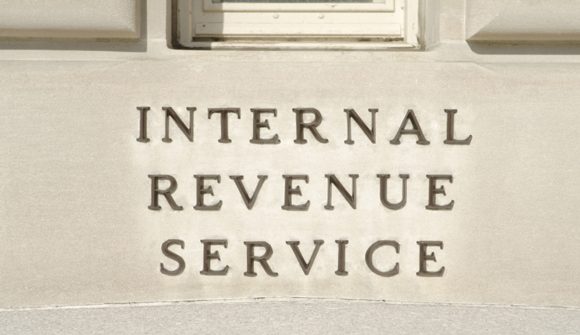 The Department of Justice has settled a class-action lawsuit brought by Tea Party groups from across the country. The government has admitted that what happened was a violation of rights.

Back before the 2012 election, the IRS started scrutinizing certain non-profit applications more closely. Political organizations seeking tax exempt status as non-profits are pretty typical. But for some reason, the IRS decided to delay over 400 applications.

Most of the groups that were flagged for more scrutiny had “Tea Party” or “Patriot” in their names. The routine applications were delayed, and instead, the IRS sent out requests for more information. These requests were not standard, nor was there any legal reason for the IRS to need such information.

Tea Party groups were asked to list the names of their financial backers, and identify any members who might want to run for office. The groups were also asked intrusive questions about their policial beliefs.

The scandal amounted to political intimidation. Tea Party groups were targetted based on their political beliefs. They were then scrutinized by one of the most powerful government agencies.

The IRS was chilling free speech, and scaring Americans into silence. The message they sent was that by participating in a Tea Party group, you might just become the target of the IRS.

And who wouldn’t fear being on the radar of the IRS? Just look how they tried to ruin on woman’s life.

Catherine Engelbrecht founded King Street Patriots and True the Vote. She had never run into any trouble with the IRS. But after she applied for tax-exempt status for the groups, she started getting audited. Not the non-profit, but an entirely unrelated business.

The business had been in operation for about 20 years and had never been the subject of a federal inquiry. Only after Engelbrecht filed for non-profit status for her groups was the business targetted by multiple government agencies.

The IRS audited the business and Engelbrecht’s personal finances going back years. Then her business was visited by OSHA, Occupational Health and Safety Administration. They issued in excess of $20,000 in fines “though the agency wrote that it found nothing serious or significant.”

Then, the Burea of Alcohol Tobacco and Firearms and FBI opened inquiries into the business. These were eventually dropped after no wrongdoing was found.

Make no mistake, this targetting by the IRS was a serious matter. It really did put people’s liberty on the line. And it is impossible to tell just how much this suppressed a budding political movement intent on shrinking government.

So you might be wondering, just how much did the Tea Party groups get in compensation for being targeted by the most powerful, well-funded government on Earth?

There were two lawsuits that the DOJ settled. One involved 41 groups, and although the IRS admitted to wrongdoing, those groups will get no financial redress.

The other lawsuit involved 428 groups. The DOJ settled with them for $3.5 million. No, not $3.5 million each, $3.5 million in all, spread across all those groups, after the attorney fees. Fees for class action suits often range from 25-35% of the total award. That means each Tea Party group that was targetted and intimidated by the government should expect about $6,000 in recompense.

That is a pretty cheap price to pay to suppress hundreds of liberty-related organizations. I’d say the IRS got quite the deal. For one low price, they intimidated and harassed over 450 groups of people most opposed to the unjust organization.

Louis Lerner, who was responsible for the targeting, was allowed to retire. Although she knew about it and covered it up, she never faced any legal repercussions.

Attorney General Sessions apologized on behalf of the government and said that the IRS owes the targetted groups an apology as well. But the IRS decided not to comment.

The settlement was peanuts for serious wrongdoing. It does nothing to curtail this type of behavior by government agents in the future.