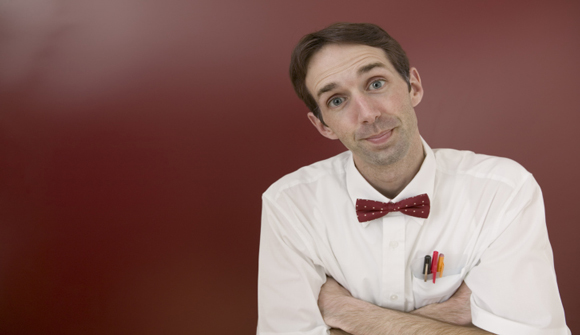 The Fed has its critics, of course, and its unique constitutional dispensation is challenged from time to time, but its political independence is mostly seen as a good thing. Yet the idea of replicating that idea, and creating other permanent, semi-independent policy-making agencies, almost never comes up. There's a reason for that. It's hard to imagine that an independent fiscal agency, for instance, would ever be allowed to do for U.S. budget policy what the Fed does for interest rates. Decisions about taxes and spending – about who gets what and who pays – are too contentious, too close to the core of democratic politics. Congress will never permanently delegate them the way it's delegated monetary policy. However, a bit more power-sharing might be possible, and that would be better than nothing. – Bloomberg

Dominant Social Theme: Technocracy is the hope of the future.

Free-Market Analysis: Call technocracy, the idea of a select group of private individuals running public affairs privately, the meme that will never die.

This one is uttered by someone called Clive Crook who has attended all the right colleges, worked for all the right internationalist publications and has decided absurdly that the example of the "independent" Federal Reserve ought to be extended to various failing government agencies.

We can see from the above excerpt that Mr. Cook is well aware that his affection for technocracy will not translate into reality, not fully anyway. But, he suggests, "a bit more power sharing might be possible." In this case, he means between private implementation of public policy and government implementation.

Before going further, let's look at the modern history of technocracy. We write "modern" because this idea goes back all the way to Plato and his idea of "philosopher kings." Plato believed that philosophers, whom he differentiated from ordinary people because of their access to "wisdom," were most fit to rule society.

By making this distinction, anointing some as better able to rule and wield power than others, Plato assured himself literary immortality. This is because every man or woman who has risen to a seat of great power has wished to use Plato's formulation to justify their ascension.

At the same time, Plato's formulation has created problems. From Wikipedia:

Karl Popper blamed Plato for the rise of totalitarianism in the 20th century, seeing Plato's philosopher kings, with their dreams of 'social engineering' and 'idealism', as leading directly to Joseph Stalin and Adolf Hitler (via Georg Wilhelm Friedrich Hegel and Karl Marx).

In addition, Ayatollah Khomeini is said to have been inspired by the Platonic vision of the philosopher king while in Qum in the 1920s when he became interested in Islamic mysticism and Plato's Republic. As such, it has been speculated that he was inspired by Plato's philosopher king, and subsequently based elements of his Islamic Republic on it.

Platonism has a much more modern incarnation that began in the 1930s with Marion King Hubbert, a geoscientist who worked for Shell. He is perhaps most well known for the "Hubbert peak theory" that predicts humanity will eventually run out of oil, or at least find the economics so unappealing that using oil will become prohibitive.

In order to combat the disasters predicted by his theories, Hubbert introduced the idea of "technocracy" – the rule by a wise few scientists who are skilled and knowledgeable in their fields.

Here's how Wikipedia describes it:

The technocracy movement is a social movement which arose in the early 20th century. Technocracy was popular in the United States and Canada for a brief period in the early 1930s, before it was overshadowed by other proposals for dealing with the crisis of the Great Depression. The technocrats proposed replacing politicians and businesspeople with scientists and engineers who had the technical expertise to manage the economy.

The movement was committed to abstaining from all revolutionary and political activities. The movement gained strength in 1930s but in 1940, due to an alleged initial opposition to the Second World War, was banned in Canada. The ban was lifted in 1943 when it was apparent that 'Technocracy Inc. was committed to the war effort, proposing a program of total conscription.' The movement continued to expand during the remainder of the war and new sections were formed in Ontario and the Maritime Provinces.

In the post-war years, perhaps due to continued prosperity, membership and interest in Technocracy decreased. Though now relatively insignificant the Technocracy movement alone among the collection of radical movements of the 1930s survives into the present day, publishing a newsletter, maintaining a website, and holding member meetings.

Wikipedia downplays the popularity of technocracy. It is among the most popular and influential memes that the power elite has produced in the past century. We have, of course, an example of technocracy in the Federal Reserve and its management by good, gray men.

But the affection for technocracy has infected the entire gamut of modern, mainstream-media punditry, and this is no new phenomenon. In fact, notably, when Bill Clinton was running for president, one of his more praiseworthy characteristics was seen to be his "wonkery" – his ability to immerse himself in the details of various federal government programs to figure out how to improve them.

"Wonkery" is praiseworthy because it implies that the individual in question understands the details of fedgov programs and is able to improve upon them through rigorous analysis and strategic regulatory improvements.

Crook is all for this sort of advancement. He apparently believes in the reign of philosopher kings and wants to accommodate it where possible. Here's more:

In recent years, many countries have created independent or semi-independent "fiscal councils" with open-ended reporting, oversight and advisory roles. Economists at the International Monetary Fund recently surveyed these efforts.

The U.S. Congressional Budget Office was one of the fiscal councils they reviewed. The CBO is an interesting case. Though very different from the Fed, it's another remarkable institution. It's much the best staffed and most generously financed of all the fiscal councils; and its reputation for probity and analytical excellence is unsurpassed.

Yet, as a creature of Congress designed to serve the interests of Congress, its powers are minimal. It estimates the budgetary cost of legislative proposals, and it reviews the fiscal outlook. But its work is strictly bounded (by rules which Congress has become adept at gaming). It doesn't give advice, much less make policy. Perhaps this constraint is the price of independence — but it would be good to see the limits tested.

The operative phrase in the above paragraph is "a little more authoritative non-aligned expertise … couldn't hurt." Really?

Plato, Hubbert and other proponents of technocracy base their support on the idea that the wise man has access to innate understandings about the future that others don't possess. Of course, a quick look at history shows that this isn't so. And Austrian, free-market economics contradicts this sort of perspective as well.

One may be able to perceive trends generally when it comes to economic or sociopolitical predictions, but trying to create detailed models is another thing entirely. Over and over again, detailed models, even ones that only extend a few weeks or months, are proven to be unreliable.

In the private sector, companies produce reams of such predictive analyses, but corporate execs are often wise enough not to trust such models and treat them with the skepticism they deserve.

Unfortunately, the same cannot be said for government officials and for government/ technocrats who create similar models that are used to distribute millions and even billions of dollars.

The technocracy meme is an invidious and expansive one because it buttresses aggressive internationalism. When one inquires how a truly global economy with one monetary system and one legislature is going to operate successfully on behalf of 7-10 billion people, the answer is inevitably a technocratic one.

Selfless "experts" will administer a global state. These experts will be educated at the best schools and have the most impressive degrees. They will have written erudite books and sat on high-level corporate and NGO boards.

Unfortunately, there are no such things as "experts." No man can foresee the future, not even Hubbert who was very evidently wrong about peak oil – as thanks to fracking the world seems to be virtually swimming in the stuff.

Still, the technocracy meme will persist despite its obvious falsity. It provides too much in the way of justification for further internationalist expansion.

The regulatory state, despite its failures, continues to be the modern paradigm. Technocrats are the anointed ones that will plumb the depths of this state and maneuver its vast bulk.

There is no other way forward, no other methodology that justifies leaving power in the hands of a few to be wielded on behalf of the many.

There is no room for Austrian human action in such a model, which is one reason why Austrian economics is seen as such a threat by those of the globalist persuasion. Beyond that, any commonsensical discussion of regulation or technocracy will almost immediately yield up fundamental contradictions.

There really is no way to justify these memes or their implementations. But since they are so important to erection of an ever-expanding state they will continue to be popularized and promoted.

For this reason we are not surprised to see a major media force like Bloomberg presenting the meme. In fact, if repetition could create competency, then technocrats would be competent indeed. But they are not.

Insisting that certain philosopher kings can foretell the future is not the same as providing evidence. Unfortunately, the technocratic meme is just one more elite hustle.