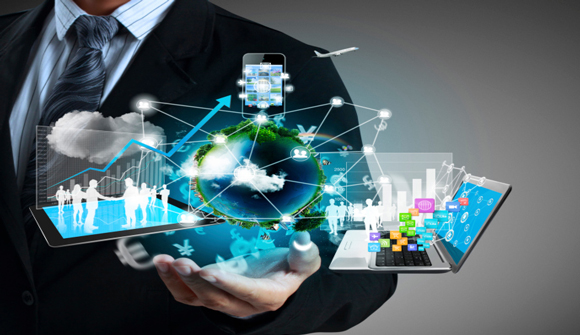 We are fast becoming a nation—nay, a world—of book burners.

While on paper, we are technically free to speak—at least according to the U.S. Constitution—in reality, however, we are only as free to speak as the government and its corporate partners such as Facebook, Google or YouTube may allow.

That’s not a whole lot of freedom. Especially if you’re inclined to voice opinions that may be construed as conspiratorial or dangerous.

Icke, a popular commentator and author often labeled a conspiracy theorist by his detractors, recently had his Facebook page and YouTube channel (owned by Google) deleted for violating site policies by “spreading coronavirus disinformation.”

The Centre for Countering Digital Hate, which has been vocal about calling for Icke’s de-platforming, is also pushing for the removal of all other sites and individuals who promote Icke’s content in an effort to supposedly “save lives.”

Translation: the CCDH evidently believes the public is too dumb to think for itself and must be protected from dangerous ideas.

This is the goosestepping Nanny State trying to protect us from ourselves.

In the long run, this “safety” control (the censorship and shadowbanning of anyone who challenges a mainstream narrative) will be far worse than merely allowing people to think for themselves.

Journalist Matt Taibbi gets its: “The people who want to add a censorship regime to a health crisis are more dangerous and more stupid by leaps and bounds than a president who tells people to inject disinfectant.”

Don’t fall for the propaganda.

These internet censors are not acting in our best interests to protect us from dangerous, disinformation campaigns about COVID-19, a virus whose source and behavior continue to elude medical officials. They’re laying the groundwork now, with Icke as an easy target, to preempt any “dangerous” ideas that might challenge the power elite’s stranglehold over our lives.

This is how freedom dies.

It doesn’t matter what disinformation Icke may or may not have been spreading about COVID-19. That’s not the issue.

As commentator Caitlin Johnstone recognizes, the censorship of David Icke by these internet media giants has nothing to do with Icke: “What matters is that we’re seeing a consistent and accelerating pattern of powerful plutocratic institutions collaborating with the US-centralized empire to control what ideas people around the world are permitted to share with each other, and it’s a very unsafe trajectory.”

Welcome to the age of technofascism.

Technofascism, clothed in tyrannical self-righteousness, is powered by technological behemoths (both corporate and governmental) working in tandem. As journalist Chet Bowers explains, “Technofascism’s level of efficiency and totalitarian potential can easily lead to repressive systems that will not tolerate dissent.”

The internet, hailed as a super-information highway, is increasingly becoming the police state’s secret weapon. This “policing of the mind: is exactly the danger author Jim Keith warned about when he predicted that “information and communication sources are gradually being linked together into a single computerized network, providing an opportunity for unheralded control of hat will be broadcast, what will be said, and ultimately what will be thought.”

Eventually, as George Orwell predicted, telling the truth will become a revolutionary act.

We’re almost at that point now.

What you are witnessing is the modern-day equivalent of book burning which involves doing away with dangerous ideas—legitimate or not—and the people who espouse them.

“Free speech for me but not for thee” is how my good friend and free speech purist Nat Hentoff used to sum up this double standard.

With every passing day, we’re being moved further down the road towards a totalitarian society characterized by government censorship, violence, corruption, hypocrisy and intolerance, all packaged for our supposed benefit in the Orwellian doublespeak of national security, tolerance and so-called “government speech.”

The reasons for such censorship vary widely from political correctness, safety concerns and bullying to national security and hate crimes but the end result remains the same: the complete eradication of what Benjamin Franklin referred to as the “principal pillar of a free government.”

The upshot of all of this editing, parsing, banning and silencing is the emergence of a new language, what George Orwell referred to as Newspeak, which places the power to control language in the hands of the totalitarian state.

Under such a system, language becomes a weapon to change the way people think by changing the words they use.

The end result is control.

The police state could not ask for a better citizenry than one that carries out its own censorship, spying and policing: this is how you turn a nation of free people into extensions of the omniscient, omnipotent, omnipresent police state, and in the process turn a citizenry against each other.

Tread cautiously: Orwell’s 1984, which depicts the ominous rise of ubiquitous technology, fascism and totalitarianism, has become an operation manual for the omnipresent, modern-day surveillance state.

1984 portrays a global society of total control in which people are not allowed to have thoughts that in any way disagree with the corporate state. There is no personal freedom, and advanced technology has become the driving force behind a surveillance-driven society. Snitches and cameras are everywhere. People are subject to the Thought Police, who deal with anyone guilty of thought crimes. The government, or “Party,” is headed by Big Brother who appears on posters everywhere with the words: “Big Brother is watching you.”

What many fail to realize is that the government is not operating alone. It cannot.

The government requires an accomplice.

Thus, the increasingly complex security needs of the massive federal government, especially in the areas of defense, surveillance and data management, have been met within the corporate sector, which has shown itself to be a powerful ally that both depends on and feeds the growth of governmental overreach.

In fact, as I make clear in my book Battlefield America: The War on the American People, Big Tech wedded to Big Government has become Big Brother, and we are now ruled by the Corporate Elite whose tentacles have spread worldwide.

We have entered into a global state of tyranny.