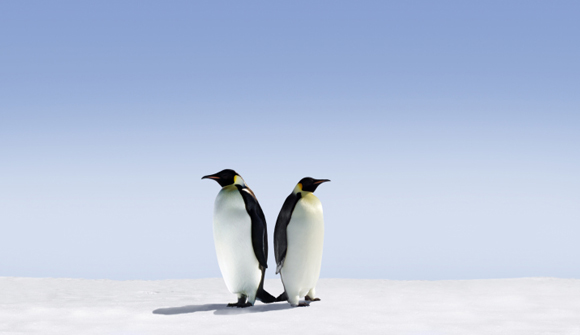 Dominant Social Theme: Central banks are people, too. And just like everyone else, sometimes they're good investors, sometimes not.

Free-Market Analysis: This is one of those articles that attempts to humanize central banking by treating these facilities as people and casting (modest) doubt on their expertise and intelligence.

Of course, those who stop by here regularly know that we believe monopoly central banking is one of the Western world's most terrible current economic afflictions and that central banks have too much power and money.

Whether central banks lose money or gain money via trading is pretty much beside the point. But nonetheless, that's what this article in the UK Telegraph wants us to believe. And in doing so it's reinforcing the point that gold itself is an unreliable investment.

Here's some more from the article:

The US Federal Reserve, which is one of the biggest holders of physical gold reserves, has been the biggest loser in the market says Banc De Binary, a binary options trading firm. Based on the firm's calculations, the Fed has seen the value of its 8,134 tonnes of the yellow metal in places such as Fort Knox fall to $327bn, down from $433bn a year earlier.

The Bank of England has also suffered the firm said, with its holdings falling by $4bn in value since the beginning of the year to $12.5bn. Banc De Binary said that the embarrassment caused by Gordon Brown's decision to sell off 395 tonnes of gold at what turned out to be the bottom of the market between 1999 and 2002 had made central bank's nervous to act during the current market slide.

"Gold prices have been on a downward trajectory since their peak in August 2011, after ten years of virtually uninterrupted growth. Unfortunately for the central banks that still have very large holdings in gold, knowing when to sell off a multi-billion-dollar gold reserve is an extremely difficult proposition, as Gordon Brown discovered to both his and the British taxpayer's cost," said Oren Laurent, chief executive of Banc De Binary.

… "The prospect of the Federal Reserve tapering its Quantitative Easing programme could drive gold prices even lower, meaning even greater losses for central banks with significant holdings in gold. In this climate, some commentators believe it is difficult to justify central banks holding such large reserves of a low-yielding asset that has fallen in price for two straight years, and may continue to fall," he said.

This article presents us with directed history in a good many ways. First of all, it makes reference to Gordon Brown and his precipitous sale of gold. But lately, several articles have come out to explain why he sold gold when he did, including one in the UK Telegraph itself.

Here, from an article entitled, "Revealed: why Gordon Brown sold Britain's gold at a knock-down price":

Goldman Sachs, which is not understood to have been significantly short on gold itself, is rumoured to have approached the Treasury to explain the situation through its then head of commodities Gavyn Davies, later chairman of the BBC and married to Sue Nye who ran Brown's private office.

Faced with the prospect of a global collapse in the banking system, the Chancellor took the decision to bail out the banks by dumping Britain's gold, forcing the price down and allowing the banks to buy back gold at a profit, thus meeting their borrowing obligations.

I spoke with Peter Hambro, chairman of Petroplavosk and a leading figure in the London gold market, late last year and asked him about the rumours above.

"I think that Mr Brown found himself in a terrible position," he said.

"He was facing a problem that was a world scale problem where a number of financial institutions had become voluntarily short of gold to the extent that it was threatening the stability of the financial system and it was obvious that something had to be done."

More importantly, what difference does it make? Central banks print money – constantly and in great quantities. One begins to question whether the losses that central banks make are in any sense meaningful.

The article provides us with the idea that quantitative easing could further inflate various fiat currencies against gold. While this may be true, it positions gold as investment, the price of which depends on central bank money printing. In fact, the value of precious metals – both gold and silver – has been remarkably stable over long time-periods.

This article provides us with two over-arching dominant social themes. It manages to obscure the reality of central banking's money-printing mandate by focusing on central bank investing concerns. It also emphasizes the volatility of the fiat dollar price against gold on a short-term basis. Neither of these are pertinent to central banks' real money-printing mission.

In a sense, the article is an exercise in misdirection. When it comes to elite dominant social themes, this article is a "twofer."