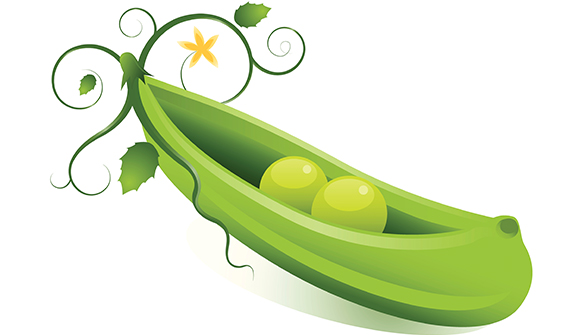 Lots of Conservative Party members prefer Ukip's policies … A study into who might change allegiance – and why – makes uncomfortable reading for the Conservative leader David Cameron. Nigel Farage represents something of a fatal attraction for a significant number of traditionally Tory voters. Polls conducted in the run-up to Ukip's local election surge suggested that some 60 per cent of its supporters voted Conservative in 2010, while a survey released by the Tory peer Lord Ashcroft at the end of June indicated that almost a quarter of those who picked David Cameron's party at the last election would today plump for what he once branded a bunch of "fruitcakes and loonies and closet racists". – UK Telegraph

Dominant Social Theme: Don't pay any attention to these libertarian eruptions. They're not for real.

Free-Market Analysis: One can make a case that both UKIP and the US Tea Party movement are the "managed opposition," at this point any way. But at the same time, their emergence obviously indicates that there is a larger social movement that has taken shape.

If one feels the need to "manage" something – as those at the top of society evidently and obviously do – it is because there is something that has emerged to begin with.

And that something is obviously a deep dissatisfaction with many of the building blocks of modern society, from its military-industrial complex to its central banking economy and the regulatory democracy that flows out of vast government spending.

In Britain, the freedom-oriented UKIP movement has only begun to pick up power while in the US, the Tea Party movement is well established, though its true measure may be disputed.

But certainly UKIP's sudden emergence has shaken the moorings of the British electoral system. Here's more:

More recent research, however, reveals something even more alarming for the Prime Minister: it's not just Tory voters who are tempted by Ukip; it's also his own grassroots members. At the beginning of June, and with the help of YouGov and the McDougall Trust, we surveyed 852 Conservative Party members – enough to ensure that we can be 95 per cent confident that their responses are a true reflection of the membership as a whole, plus or minus 4 per cent.

What we found is that at least a fifth and very possibly even just over a quarter of the Tory grassroots would seriously consider voting for Ukip in a general election. Asked whether they'd think about it at a European election, the figures are even more worrying for the Conservative high command: in that case, over a third of its grassroots members are wondering whether to give Ukip a go next year.

In both cases, we asked Tory members to rate how seriously they would consider voting for Ukip on a scale running from zero ("never") to 10 ("definitely"). If we take all those giving a rating of between seven and 10 as seriously considering switching, then 26 per cent of the Tory grassroots might be tempted to vote Ukip at a general election. If we use the same method and apply it to European elections, then our survey suggests that fully 37 per cent of ordinary Conservative Party members would seriously consider voting for Ukip in May 2014.

… It remains the case that only around half of grassroots Conservatives (50 per cent at a general election and 43 per cent at the Europeans) can be counted on not to defect, even if only within the privacy of the polling booth. Remember, we are talking here about card-carrying Conservatives, not simply more volatile Tory voters – in some ways the people who should be most likely to stick with the party through thick and thin.

The question, then, is why this might be happening. What, in other words, distinguishes those who are tempted to vote Ukip from those who seem rather more immune to Mr Farage's clearly considerable charms? Fortunately, our survey gives something of an insight. …

What emerges is that those Tory members who are most tempted by Ukip are actually significantly more centrist when it comes to the economy and public services than those who are least tempted; however, they are also significantly more socially conservative.

… What will also alarm the Tory high command is the fact that fully three-quarters of those members most likely to consider voting for Ukip feel disrespected by their leadership – compared with only four out of 10 of those least tempted to stray.

It is interesting that many who are attracted to UKIP seem "socially conservative." We'd characterize UKIP's attraction for Tories another way – voters are simply fed up with elite policies regarding immigration and the EU. UKIP's most powerful platform by far is one that calls for a referendum on whether Britain should remain in the European Union.

But step back and there is a larger trend at work – the one we have long called the Internet Reformation. Modern technology is virtually upending the control of 20th century social and economic instrumentalities. As more and more information is available on the 'Net, people being to respond by using their newfound knowledge to organize and to agitate for change.

This tends to take the form of wanting to overthrow – initially by the ballot box – various authoritarian facilities that have calcified over time. And this is surely what is happening in Britain – and the US – now.

Again, we are well aware that the response to such agitation is to generate gambits that channel and control a given electorate's emergent dissatisfaction. But one of our animating paradigms in this regard is that the Internet itself militates against this sort of elite solution.

The information available on the Internet is a moving target and thus any attempts to isolate and limit the damage as was done in the 20th century is probably a good deal more difficult today.

As we often propose: The Internet is a process not an episode.