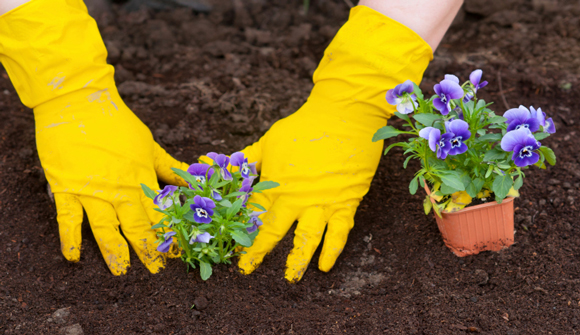 STAFF NEWS & ANALYSIS
Tend to Your Own Garden, not the White House's
By Staff News & Analysis - December 25, 2014

The Government Problem … Some believe the central political issue of our era is the size of the government. They're wrong. The central issue is whom the government is for. Consider the new spending bill Congress and the President agreed to a few weeks ago. It's not especially large by historic standards. Under the $1.1 trillion measure, government spending doesn't rise as a percent of the total economy. In fact, if the economy grows as expected, government spending will actually shrink over the next year. The problem with the legislation is who gets the goodies and who's stuck with the tab. – Robert Reich, Huffington Post

Dominant Social Theme: If we can just get government right, the world would be a better place.

Free-Market Analysis: Robert Reich is back with his usual optimism about fixing Leviathan – see the above article excerpt.

Who is Robert Reich? He is "the nation's 22nd Secretary of Labor and a professor at the University of California at Berkeley. His film 'Inequality for All' is now available on DVD, Blu-ray and Netflix."

We last wrote about him here: Robert Reich & the Debt Ceiling: The Softer Side of Radicalism

That article pointed out that Reich's solutions regarding economic and political problems was always the same: Spend more, legislate more, pontificate more. This article is more of the same.

But the larger reason to write this article is to suggest a fundamental reorientation of big government. An expanded excerpt:

For example, [new legislation] repeals part of the Dodd-Frank Act designed to stop Wall Street from using other peoples' money to support its gambling addiction, as the Street did before the near-meltdown of 2008.

… Dodd-Frank put a crimp on Wall Street's profits. So the Street's lobbyists have been pushing to roll it back. The new legislation, incorporating language drafted by lobbyists for Wall Street's biggest bank, Citigroup, does just this.

It reopens the casino. This increases the likelihood you and I and other taxpayers will once again be left holding the bag.

Wall Street isn't the only big winner from the new legislation. Health insurance companies get to keep their special tax breaks. Tourist destinations like Las Vegas get their travel promotion subsidies.

In a victory for food companies, the legislation even makes federally subsidized school lunches less healthy by allowing companies that provide them to include fewer whole grains. This boosts their profits because junkier food is less expensive to make.

Major defense contractors also win big. They get tens of billions of dollars for the new warplanes, missiles, and submarines they've been lobbying for.

If government were responding to the public's interest instead of the moneyed interests, it would be smaller and more efficient. But unless or until we can reverse the vicious cycle of big money getting political favors that makes big money even bigger, we can't get the government we want and deserve.

This last graf unfortunately reveals the paucity of Reich's thinking. He wants government to respond to the "public interest" – but what the hell is that? There is no public interest is there? No, only people entrenched in facilities with varying levels of influence.

He wants to "reverse … the cycle of big money getting political favors." But how are you going to do that? You can't regulate big money away, or tax it away. The only thing that can be done when it comes to big government is to … shrink it.

People like Reich don't want to shrink government. They just want to use it for their own ends. Reich wants to fundamentally change what the US federal government spends money on. He points out that only about 12 percent of federal spending supports social funding for those who need fundamental necessities of life.

And he sees a disproportionate amount of spending aimed at "corporate welfare" and at the military-industrial complex.

That's been the pattern, he writes. "As wealth continues to concentrate at the top, individuals and entities with lots of money have greater political power to get favors from government – like the rollback of the Dodd-Frank law and the accumulation of additional corporate welfare. These favors, in turn, further entrench and expand the wealth at the top."

His conclusion: The size of government isn't the problem … The larger problem is that much of government is no longer working for the vast majority it's intended to serve. It's working instead for a small minority at the top.

Reich is just like the social creditors we have often engaged with. Like peak oilers and warmists, social creditors have infinite faith in government. If only the right lever is pulled and money is distributed in the right way to the "people," the infinite possibilities of good governance can be made available to those who need it.

But big government is the CREATION of big money. The plutocrats who refine and expand it do not intend for it to be used for "the people." That's because government is ultimately brute force and those used to wielding the awesome power of government will not willingly cede its monopoly power.

The only way to do away with government's many destructive influences is to shrink it and then "drown it." And since this is not happening anytime soon, thinking people (in this Internet era) are doing what they can to find ways around government. We support that process.

Our erstwhile associate Harry Browne wrote a great book, How I Found Freedom in an Unfree World, and this surely provides a template for adults who want to live their lives free of as many government entanglements as possible.

It is human action that must motivate and organize adult lives in the 21st century when governments are more intrusive and powerful than ever.

We have often recently cited what needs to be done to make oneself independent of the worst of government excesses and potential confiscations. But one thing that does NOT need to be done is to spend a lot of time and energy trying to make Leviathan "fairer" and more "responsive."

Tend to your own garden, not the one at the White House.